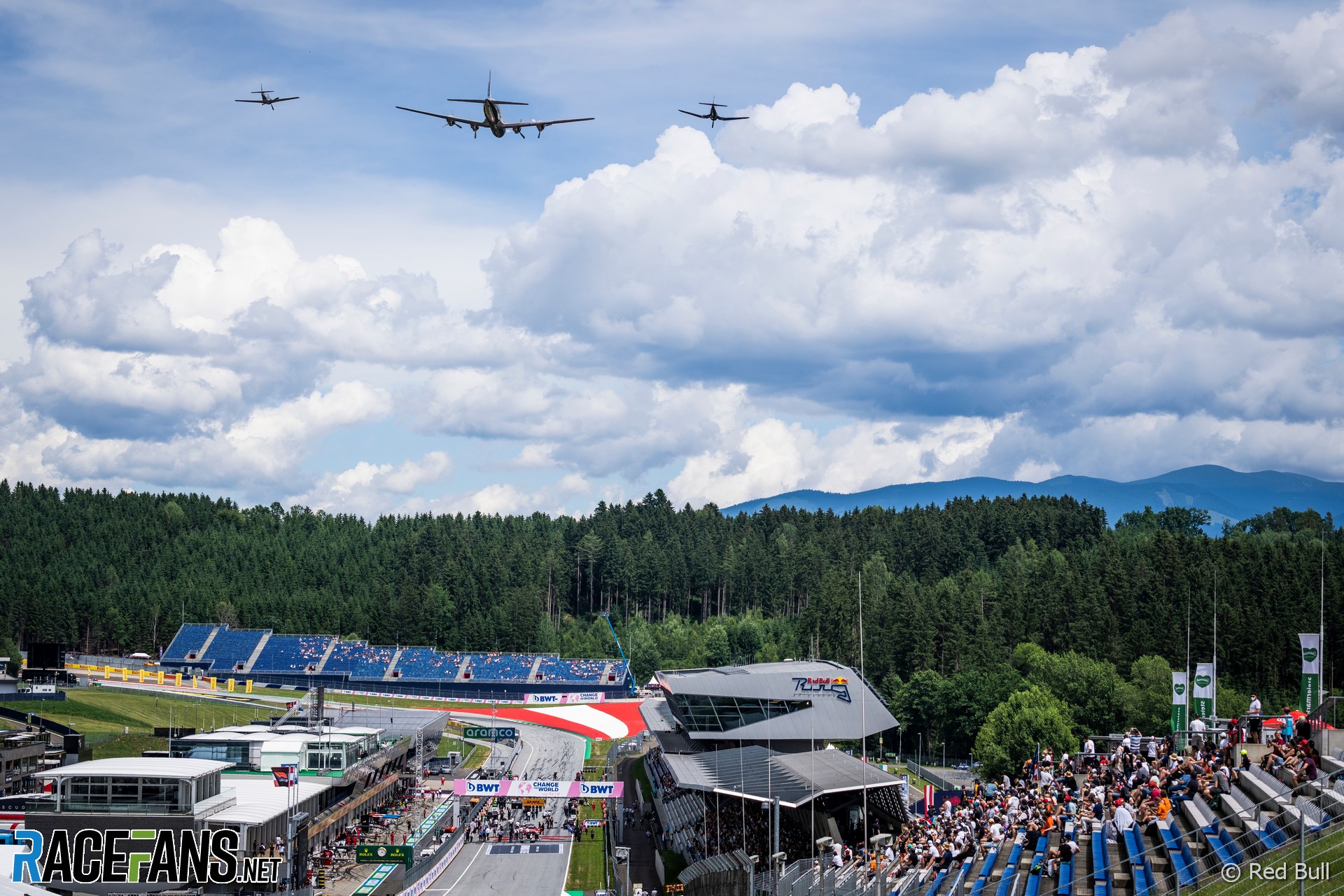 Formula 1’s decision to stay at the Red Bull Ring for a second race opened the door for Callum Ilott and Guanyu Zhou to gather some valuable grand prix mileage.

I leave my hotel, situated in a peaceful hamlet, and head for the Red Bull Ring at 9am, arriving 30 minutes later after a relaxing drive through Styria’s rolling greenery. First up is a chat with Ferrari sporting director Laurent Mekies about progress with 2022 tyre development. The Frenchman assures me that from a team perspective everything is on target, including delivery of modelling data from Pirelli and the crucial wind tunnel tyres.

Next up is a chat with Robert Kubica about his first practice run on Friday, plus his plans for the future. He is, as always, a barrel of laughs: when he says he’s torn between love for rallying and circuit racing, I suggest WRX as a compromise, which he snubs on the basis that its going electric and “I’ve grown up with the sniff of petrol…” 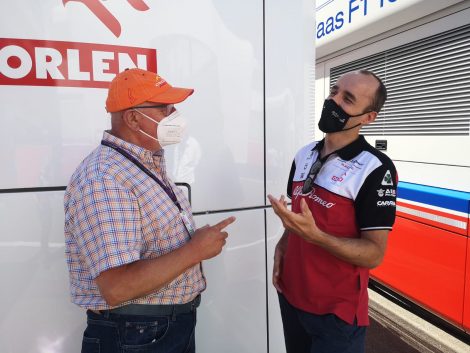 I point out that I still enjoy electric racing despite having inhaled more fumes than he has on account of being twice his age. “Ah, but my nose is twice the size of yours,” he counters. We let press officer Katharina Rees be the judge, who awards it to the driver by (ahem) a nose. Look out for the full interview on RaceFans tomorrow.

For final practice I make my now-traditional trackside visit with colleague Sándor Mézáros. We select the turn six-seven-eight complex situated below the giant bronze bull, which provides plenty of variety.

Daniel Ricciardo seems to be fighting his McLaren whereas team-mate Lando Norris’ style seems more effortless. After qualifying I put this to the Australian, who admits to “almost over-driving” in his quest for lap time. The differences in styles across all team mates proves fascinating, though they generally have us believe their data shows similar traces. 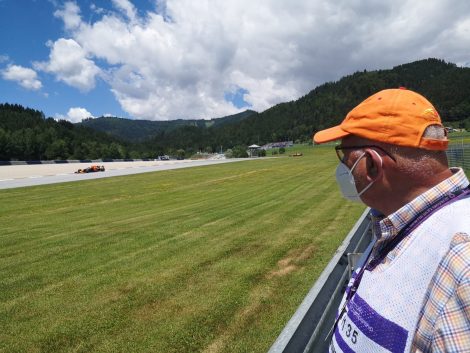 Max Verstappen appears quickest through turn seven, the second high-speed left-hander, his Red Bull looking planted. The session ends with his rival Lewis Hamilton on top, but the Red Bulls are undeniably fast.

Lunch is Austrian staple of roast beef, spuds and veggies, followed by fruit salad. The Red Bull Ring’s treatment of the media remains exemplary, and I can’t wait for more of the same next weekend.

After the post-qualifying media sessions I hit the mixed zone for (distanced) face-to-face interviews. The almost-full paddock access extended to us this weekend has certainly paid off in terms of on- and off-record chats, enabling us to provide a quality of coverage which simply isn’t possible when conducting interviews via Zoom or similar.

I follow up with various team folk about the move to 18-inch tyres in 2022 following the recent problems. While the individual observations vary, the overall consensus of opinion is that F1 will be in a much better place next year, not least due to having bespoke tyres designed for the new regulations rather than relying mainly upon carry-over technology imposed by measures taken during the pandemic. 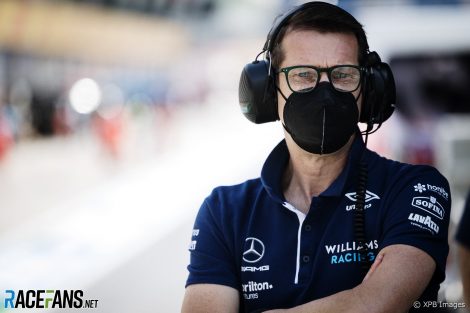 Arrive at circuit for a 10:15am chat with Williams technical director FX Demaison. I met him during his tenure with the World Rally Championship-dominating VW Polo team, at the time overseen by Jost Capito, who is now his boss at the team. During the interview FX reveals that he’d also been a school chum of Sauber team principal Frederic Vasseur – small world indeed.

Demaison says Williams have ceased development on the FW43B but are optimising still it, as George Russell’s 10th on the grid underlines, though a power unit problem ends his hopes of bagging the team’s first points for two years. Demaison has history with Williams – he worked there during their Renault touring car days – and clearly has a different way of working, but team personnel say morale is at its highest for five years – and its early days for Jost and FX.

From Williams to Pirelli for an in-depth chat with Mario Isola about 2022. He runs me through the entire process of developing next year’s tyre range. Our interview lasts almost an hour and clearly the switch from 13 to 18-inch tyres has been exhaustive and thorough, with virtual tyres developed before batches of prototypes were manufactured in Romania and trucked to various test venues. Not easy during the pandemic.

On my way back to the media centre I spy Vasseur, and mention I’d seen Martin Reiss – sponsor hunter and driver manager to Callum Illot and others – hanging about the team. Is the Ferrari Academy member in line for a 2022 seat, I ask, particularly given how close he came this year before being edged out by Mazepin millions at Haas. Fred winks, then says Illot will have an practice run chance this Friday. Next year? Double wink.

Phone pings; by coincidence it’s another first practice drive – it seems Alpine’s Guanyu Zhou gets a chance on Friday, becoming the first Chinese driver to participate in a grand prix weekend for eight years.

The race lacks drama but delivers a well-deserved win for Verstappen. Afterwards I put it to Christian Horner that Hamilton again suggested that Honda introduced performance upgrades when they fitted new engines in France – which would be against the rules – he credits the team’s fuel and oil supplier for the gains. Typical F1 – deflect questions by plugging sponsors…

After a thoroughly rewarding Styrian Grand Prix I depart the circuit at 8pm for a final night at the hotel. I’m staying on the outskirts of nearby Graz until Thursday, then it’s back to the Red Bull Ring for the Austrian Grand Prix proper. Hopefully it proves as fruitful as this weekend.