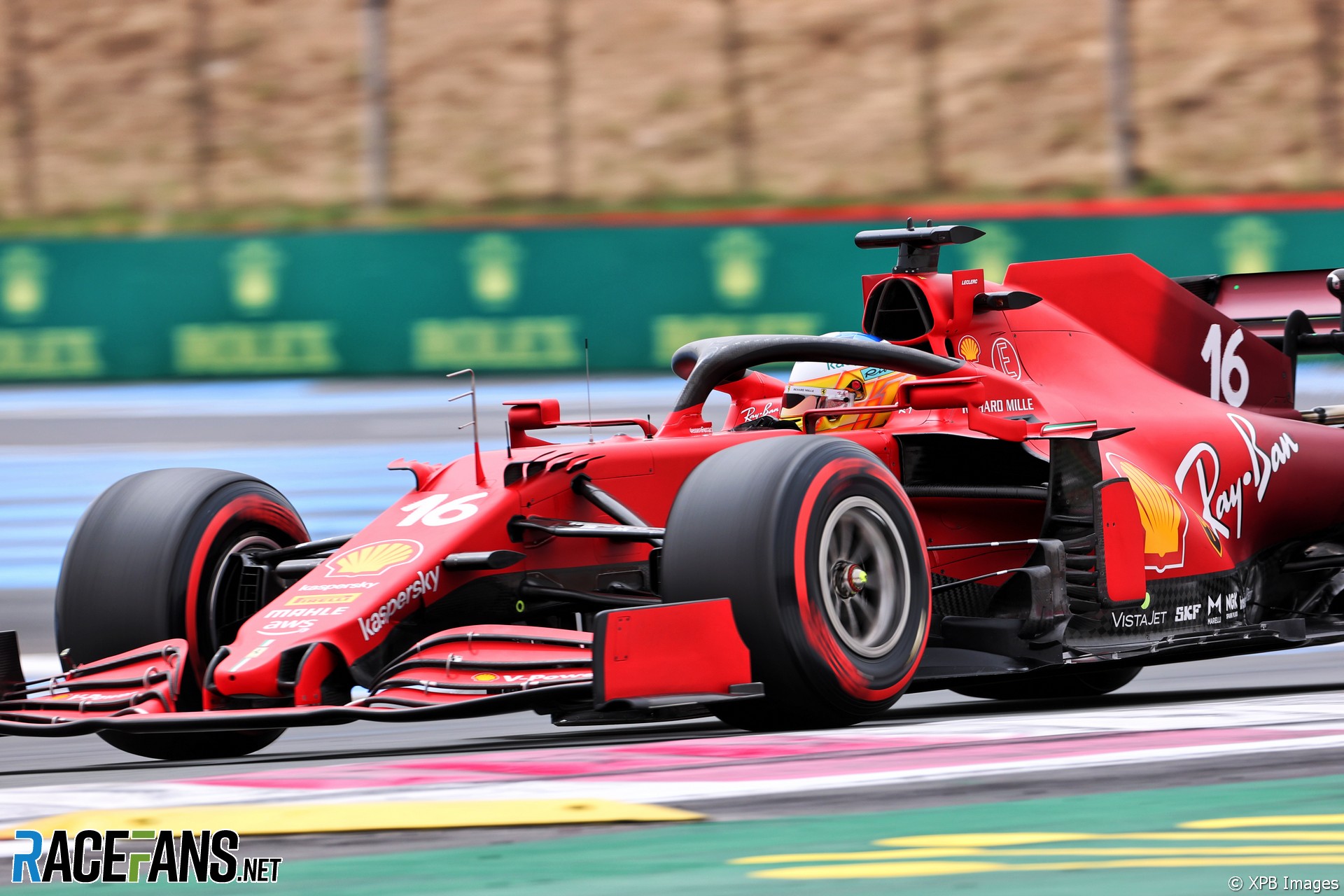 In the round-up: Ferrari struggled with their front tyres during the French Grand Prix, and are aware the issue could recur when they go to circuits which place high demands on the front axle.

Both Charles Leclerc and Carlos Sainz Jnr suffered with severe graining on their front tyres at the French Grand Prix, finishing the race outside the points.

Ferrari’s sporting director Laurent Mekies said their tyre difficulties at Paul Ricard could recur at Silverstone and the Hungaroring, as they are both tracks that put more stress on the front tyres.

“There are certainly venues that we are looking with more attention,” Mekies admitted. “Silverstone is one, Budapest is one.

“Tracks that normally put more stress on the front axle is the one that got attention for. In the meantime, as I said, we are trying to find ways to mitigate or to increase our margin.”

Aston Martin driver Sebastian Vettel started 14th and finished 12th in the Styrian Grand Prix, and he did not find enjoyment in the race while team mate Lance Stroll scored four points in eighth place.

“Today was pretty boring because I was stuck in traffic for the majority and then not quick enough in the second part,” said Vettel. “It can only get better next week.”

A better performance in qualifying could have led to a more engaging race for the four-times world champion.

“We needed to start a little bit further ahead and then it can change the race. And then on our side we were stuck in the train, we pitted as one of the first cars and then we didn’t have enough tyres at the end to make a difference, so not great.”

Mick Schumacher has complained of having a ‘crooked’ seating position in his Haas car this year, a problem the team is now solving after his mother took the issue to them.

F1 race director Michael Masi said that seating is not something the FIA would involve itself in unless a driver’s position compromised their safety, and Masi is confident that the Haas VF-21 complies with all the necessary regulations on the subject.

“From an FIA perspective, we obviously look at the extrication elements of the seat from a safety perspective,” he said.

“The driver comfort elements is obviously for the driver and the teams to work through because it’s so individual and tailored to each individual driver’s needs, wants, desires along the way. So from all of the safety aspects in the case of an incident, I find with that car they’re all completely compliant. So driver comfort I don’t know is an area the FIA would pursue.”

Schumacher finished 16th in the Styrian Grand Prix, a lap ahead of team mate Nikita Mazepin.

McLaren will partner with the long-running Duke of Edinburgh’s Award (DofFE) this summer, with a prize to attend next year’s British Grand Prix one of the incentives for young people to get involved.

The team will be part of a fundraising challenge called ‘Do It 4 Youth’ which plans to increase participation in the DofE through the money raised after the Covid-19 pandemic hit not only the programme’s base of existing participants but also has led to many more people being unable to afford the cost of taking part.

DofE wants “a million more young people from the hardest-hit communities to take part” to “help build resilience, confidence and to feel strong, powerful and limitless”.

McLaren’s involvement comes to donating two team VIP passes to the 2022 British GP and running the DofE logo on its cars for this year’s edition of the race.

“The past year has been difficult for so many young people, so this is a great way to get active, challenge yourself and raise important funds to help more young people discover their strengths and support physical and mental wellbeing,” said McLaren F1 driver Lando Norris.

The excitement is back! Tickets for the 2021 Acura Grand Prix of Long Beach are on sale now! #AGPLB https://t.co/5S0lrFdi0H
@IndyCar @IMSA @SSuperTrucks @FormulaDrift @hmsausa#longbeach #longbeachcalifornia #racing

"Michael Andretti does not expect all of Andretti Autosport’s current full-time drivers to return when the 2022 IndyCar season begins."

"A new 10-year, $4 million deal has been signed between the Australian Racing Drivers’ Club and global technology experts PMY Group to facilitate the new on-track digital project that will include newly built television and lighting systems completed by LED displays around the Eastern Creek circuit."

"ACI has chosen two Italian teenagers: they are Brando, the son of former racer Luca Badoer, and Mercedes junior Andrea Kimi Antonelli. The two others are the Spaniard Bruno Del Pino Ventos and the Finn Tuuka Matti Samuli Taponen, both currently racing with Tony Kart."

"In a report issued by the clerk of the course, Patterson was found 'guilty of contravening Motorsport UK Regulation C1.1.9 (abusive behaviour, physical assault, or threats of physical assault within the area under control of the Organising Club)'."

Pierre Gasly‘s Styrian GP was ruined by contact on the opening lap, and the driver he touched with – Ferrari’s Leclerc – went unpenalised. F1 race director Michael Masi said the incident didn’t even merit “further investigation”, with brought the ire of many as Leclerc has been involved in multiple lap one clashes since joining Ferrari in 2019.

I don’t understand why people keep talking about Masi when talking about stewarding. Masi isn’t a steward, he is the race director. Yes Masi can note an incident to be raised by the stewards, but the stewards are also allowed to investigate incidents noted by themselves. Article 38.2 a) states that:

It shall be at the discretion of the stewards to decide if any driver involved in an Incident
should be penalised.

Therefore, Masi has no say over what penalties should be handed out (or at least he shouldn’t, and I can’t find any evidence that he is involved when he shouldn’t be). It just so happens that he is the media mouthpiece for the FIA at a race weekend.
Random Mallard