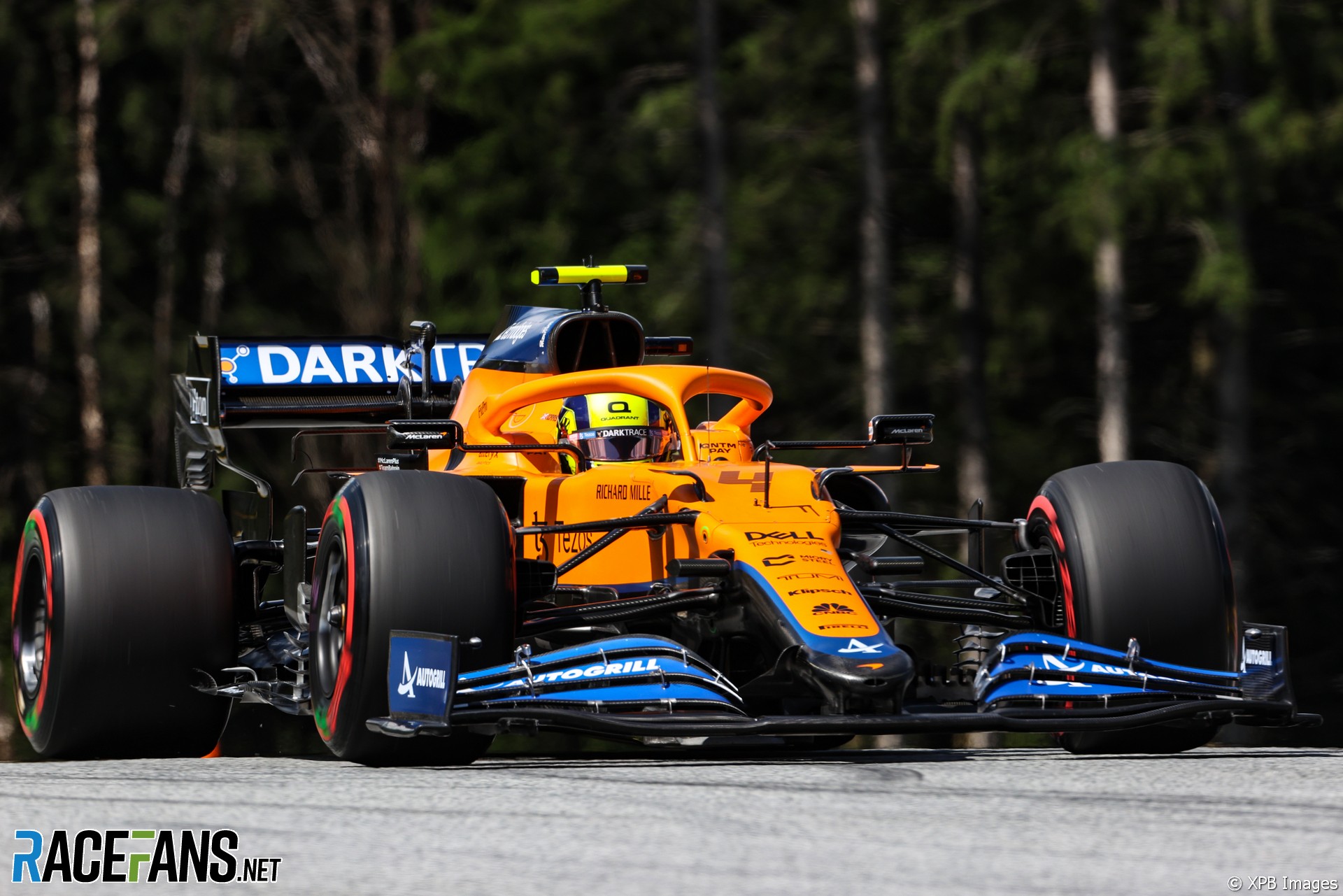 In the round-up: McLaren team principal Andreas Seidl says the true size of McLaren’s deficit to the top teams was seen last weekend, where their leading car finished a lap behind.

While Lando Norris took fifth place for McLaren in the Styrian Grand Prix, he was lapped by race winner Max Verstappen. Seidl said the full extent of the team’s deficit was visible in a race where the leaders were pushing flat-out.

“We have seen this year that both in the qualifying conditions but also in the race we have made a step forward and got closer to the guys in front,” he explained. “But it is also clear that the gap is still big, especially when these guys are doing a flat-out race which didn’t happen many times last year.”

“The competition that is up between Lewis and Max, they go flat, and then that’s the real pace difference we are having in a race where you have no Safety Cars or something else,” Seidl continued.

“But again, I am happy with the steps we are making, we just need to keep making steps over the next years and at some point we will get them.”

Sainz ran the joint longest stint on Pirelli’s medium tyre in the Styrian GP, and was rewarded with a sixth place finish despite a lengthy spell running behind AlphaTauri’s Yuki Tsunoda.

In some part that was key to the result, as Sainz opted to manage his tyres while unable to overtake.

“Basically I knew that the medium could do those 40 laps, I just needed to make sure that I keep the tyres healthy for when I got clean air,” Sainz explained.

“What I’m most happy about is the pace once the clean air appeared. I think we managed to go down one second on last time, we managed to start lapping at a very competitive pace, even more competitive than a McLaren, I’m very close to the leaders.

“And yep, since then the feeling with the car has been amazing and it has been probably in general – just analysing it quickly – my most complete race since signing for Ferrari. The whole pace management, tyre management, pace.”

He credited the car’s performance as well as his own, saying he was “quite proud” with how he’d got a solid points haul.

McLaren SP driver Felix Rosenqvist, who was injured in a heavy crash in the first of two races in Detroit, has been cleared to return to the series in this weekend’s race at Mid-Ohio. His place was taken by Kevin Magnussen in the most recent round of the championship.

Santino Ferrucci will also return to the series this weekend as part of a growing number of additional appearances for RLL which have come about through an expanded sponsorship deal.

We want to thank all F1 ticket holders for their continued patience whilst we work on further details about how the British Grand Prix will run as a pilot event. Be assured that we will contact all ticket holders by email in the coming days with an update. #BritishGP

"The terms of the agreement were not provided, but people familiar with the pact told CNBC it’s a five-year deal that totals more than $100 million."

"Although Hamilton is still finalising the proposed new contract with team principal Toto Wolff, it is likely to be a two-year deal worth about £30 million annually."

"We’ve got very active broadcast partners who work with Ultra HD as well, they’re very quick to adopt. I think it’s the same with HDR, we want to be cutting edge, Formula 1’s all about that and so we should be. Our broadcast partners are asking, we’re listening and seeing what we can do."

There were several disappointed reactions to the new final sector being built at Igora Drive.

Can they not just leave it alone? The first decent looking F1 track for a while – reminiscent of the new Nurburgring – and they have to try and include these silly “turn eight” style corners that we see popping up everywhere.

The original was fun. We don’t need them on every track.
@Cduk_mugello

A selection of RaceFans’s top reads from last month which you might have missed: