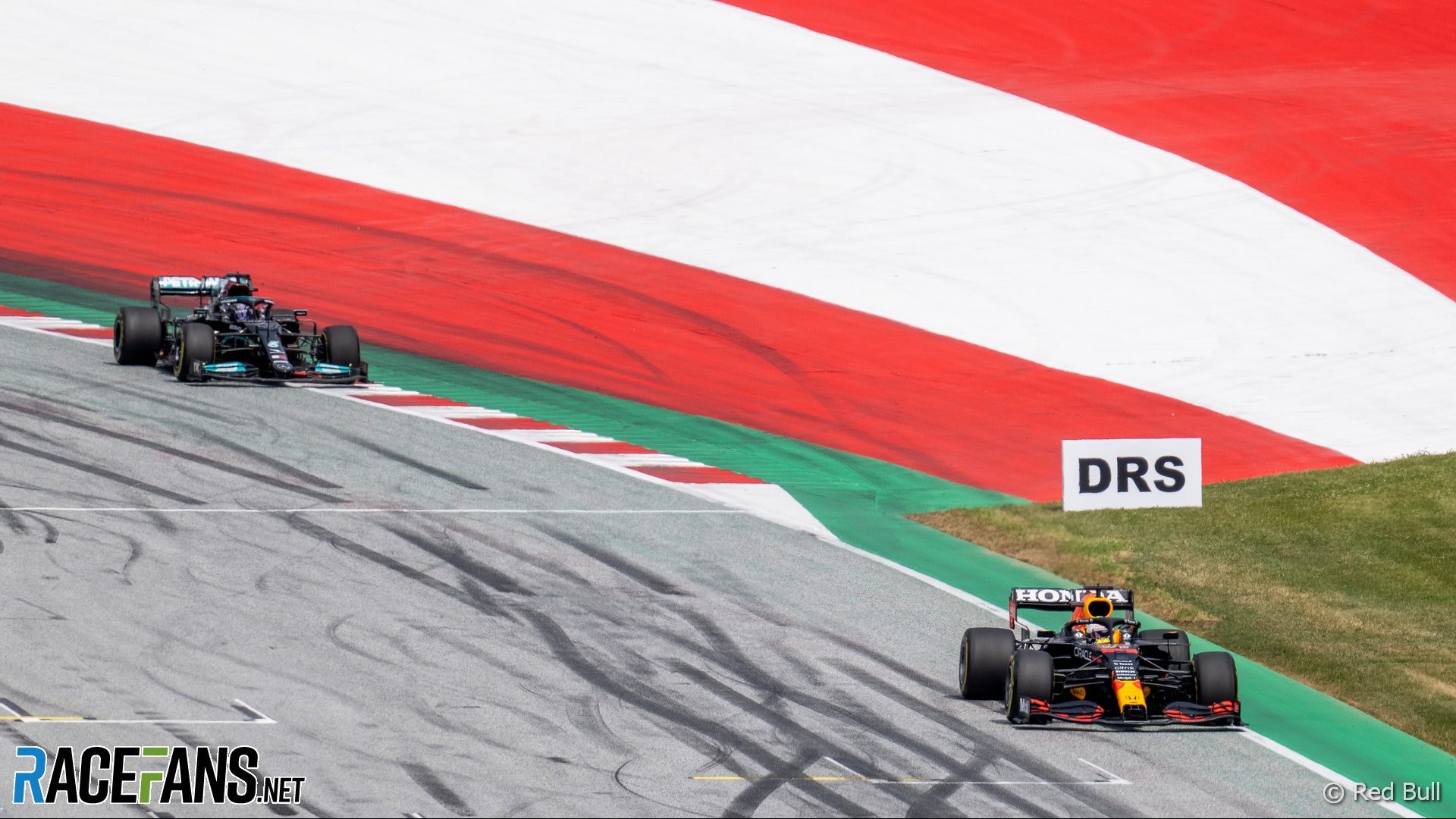 Restrictions on engine mode changes came into force at the Belgian Grand Prix last year. The settings previously gave drivers an effective boost of power when needed for flying laps in qualifying.

Red Bull and Mercedes are more evenly matched this year than last season. Max Verstappen put his Red Bull on pole last weekend by almost a quarter of a second around one of the shortest circuits on the calendar.

Mercedes was fastest in Austrian Grand Prix practice at the Red Bull Ring today, but pace-setter Hamilton is wary of the threat from Red Bull. “They’ve definitely got some extra in their bag,” he said, “I already know that.

While Hamilton’s car “felt pretty good” over a single lap, he expects his rivals “to turn up a little bit more” in qualifying.

“They’ve almost basically got like the qualifying mode that we used to have. I asked my guys, I don’t understand where they get it from, but it’s impressive. And we’ve got to work hard to try and see if we can match somehow.”

Due to the high loads tyres are put under around the undulating Red Bull Ring, qualifying pace can bear little relation to who can be quickest over a race distance and look after their tyres. But Hamilton expects whatever advantage Red Bull may have on Saturday will be repeated in the grand prix.

“I’m pretty sure it stays the same. Whatever gap they’re going to have tomorrow is usually the gap they seem to have on a Sunday. But we’ll be pushing, trying to make that gap as small as possible tomorrow. And if we can improve the car all of tonight, then great.”