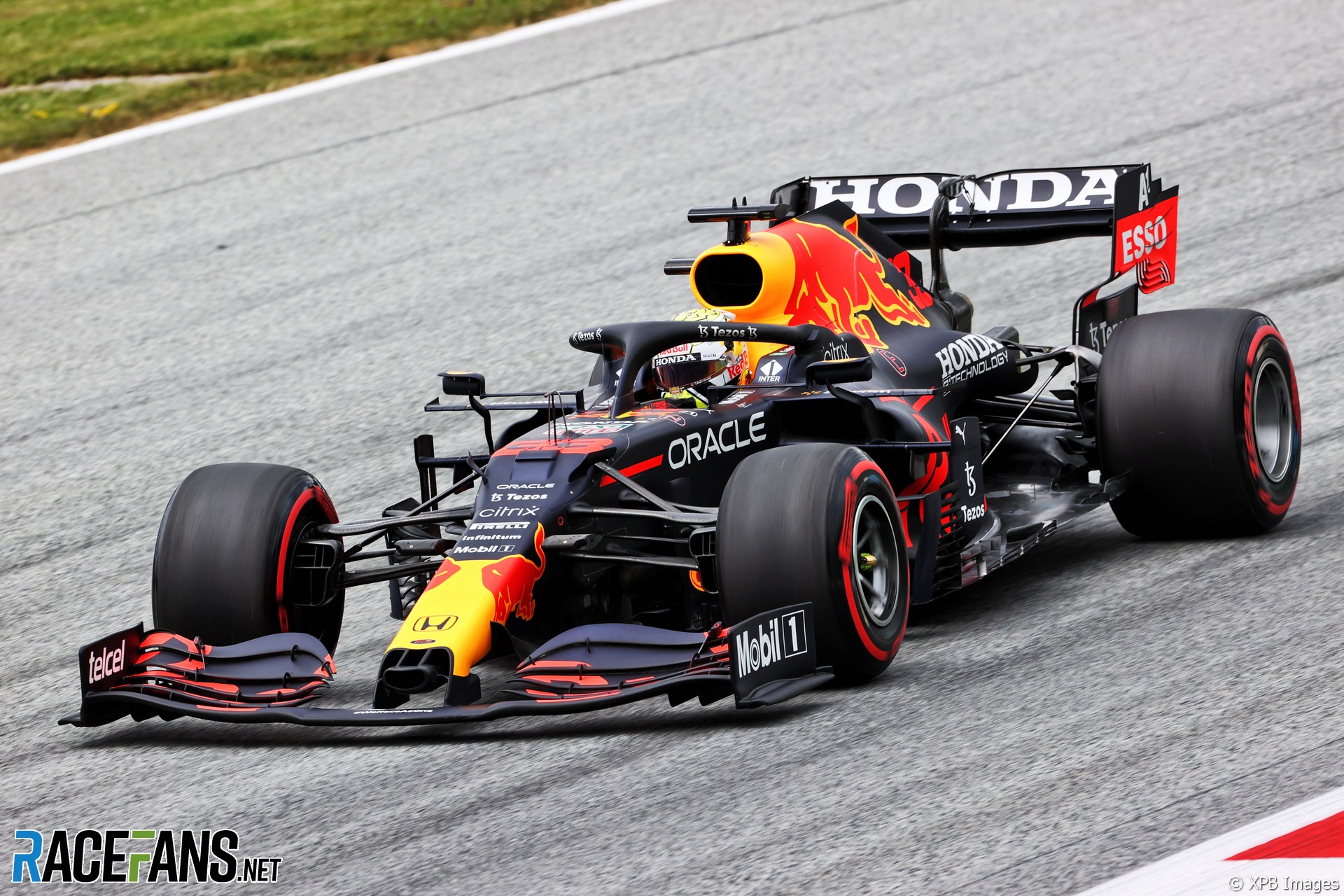 The Red Bull-branded teams went to the top of the times at the very start of the 60-minute Friday morning session, with Verstappen and team mate Sergio Perez opting for soft tyres and going one-two. AlphaTauri split their approach, both of their drivers on the medium tyre on their second runs, before they switched to the prototypes.

Pierre Gasly briefly replaced Verstappen at the top of the times early on. But the Alpha Tauri driver’s fastest lap was deleted due to a track limits infringement, and after that the points leader remained on top until the chequered flag.

The Ferrari drivers ended up closest to Verstappen on pace once they switched to the soft tyre. Charles Leclerc lapped 0.266 seconds slower than Verstappen and 0.022s faster than team mate Carlos Sainz Jnr.

Valtteri Bottas put Mercedes in fourth place, but the team never looked like going any higher than that as they did aero testing on their cars. A few of Lewis Hamilton’s early laps were deleted due to track limits violations. Once the track was busier later into the session, it became for drivers harder to get a clear lap and make improvements.

Yuki Tsunoda was the top AlphaTauri driver in fifth, a quarter of a second up on team mate Gasly in ninth. Between them were Alfa Romeo’s Kimi Raikkonen, who focused mostly on performance runs, Hamilton and Perez.

The top 10 was completed by Lando Norris’ McLaren. His team mate Daniel Ricciardo and the two Ferrari drivers were the only ones to run on the hardest tyres, with Ricciardo not running the prototype C4 on his way to 12th place.

Alpine’s Esteban Ocon was 11th fastest and the last driver within a second of Verstappen’s pace, while Aston Martin’s Lance Stroll was 13th despite two spins, including a high-speed off when he touched the recently-laid gravel trap at turn six.

He wasn’t the only driver having difficulties, as Ferrari and Mercedes struggled with front tyre locking into turn one and Haas’s Nikita Mazepin frustrated several of his rivals by getting in their way. That led to some close moments and more of Tsunoda’s characteristically animated radio messages when his lap was compromised.

Three teams ran different drivers for the opening session, all of which had trouble-free runs. Alpine’s debutant Guanyu Zhou, who currently leads Formula 2 standings, was 14th ahead of Alfa Romeo’s Callum Ilott in 15th and Williams’ Roy Nissany in 18th.