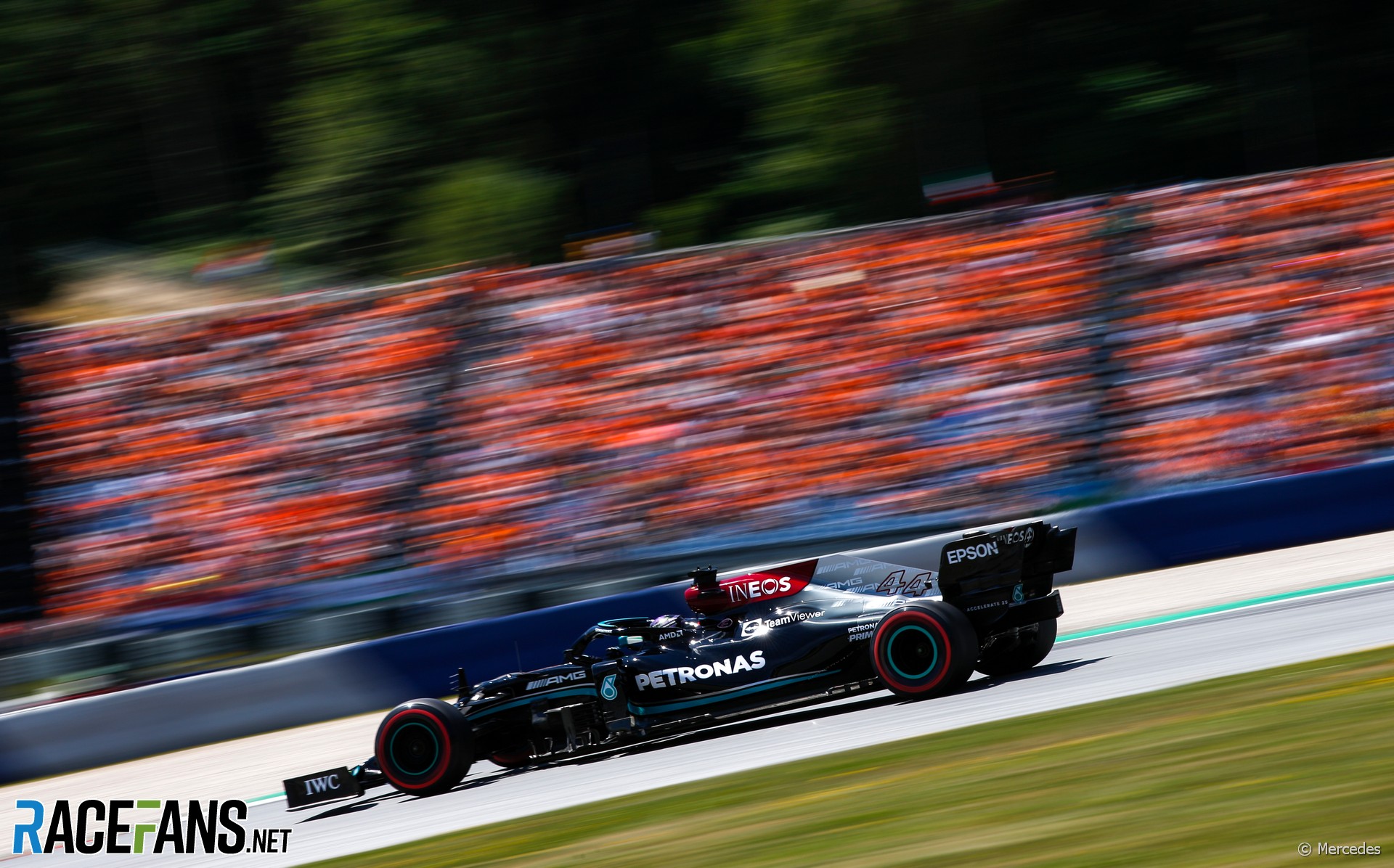 Mercedes team principal Toto Wolff has put his team’s qualifying defeat, and deficit to Red Bull, down to not making the most of Pirelli’s softest compound tyre.

Lewis Hamilton qualified fourth and fifth for the Austrian Grand Prix, behind both Red Bull drivers and Lando Norris’ McLaren.

The pace advantage Mercedes and Red Bull have over the midfield meant both could have made it through the second segment of qualifying without issue using the C4 tyre. But running in the pole-deciding final segment was exclusively on the soft C5.

Max Verstappen’s best lap from his first run put him on pole by 0.048 seconds over McLaren’s Lando Norris, while Mercedes drivers Lewis Hamilton and Valtteri Bottas were 0.270s and 0.294s back respectively in fourth and fifth. Wolff attributed the margin to his team’s use of the tyres.

“I think that it’s C5 tyre is [seemingly] where we struggle on performance,” he said.

“You can see that McLaren and Lando seem to be going really well on that specific compound and we struggled, and we felt we were underperforming on the C5 in qualifying, too. Nevertheless, there’s quite some learning and the gap to Max isn’t shocking.”

During the Friday practice sessions, Hamilton and Bottas had said they expected Verstappen to have a pace advantage of a few tenths, and both were also unqualified by Verstappen’s team mate Sergio Perez who was 0.024s faster than Hamilton in Q3.

“It’s just that over the whole lap we struggle to somehow find lap time,” added Wolff.

“And so there isn’t a silver bullet that we would have as an answer, but simply that overall we need up our performance in every single area, and that is not only chassis but it’s PU, everywhere.”

Red Bull has been notably strong in the final sector due to superior tyre management of a lap, while McLaren has optimised their Mercedes power to match Red Bull in the sector one speed traps and even set the fastest sector times, but Wolff doesn’t think there’s any specific part of the track where Mercedes is losing out.

“We are losing time in turn one, turn three, turn four… you couldn’t even pinpoint one corner, or two corners that are responsible for most of the time loss, it’s tiny bits everywhere.”