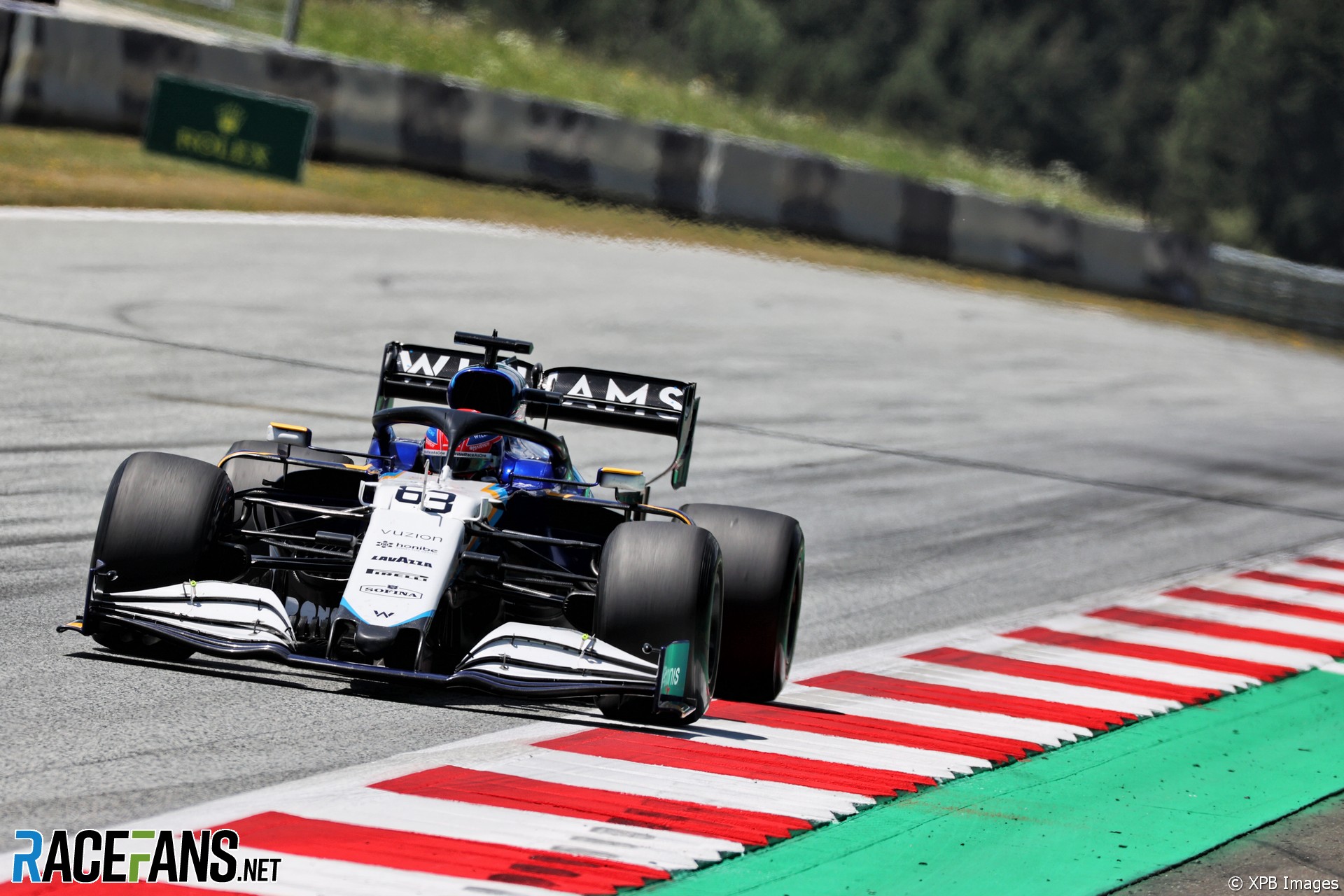 George Russell was thrilled to claim Williams’ first grid place in the top 10 for three years in qualifying for the Austrian Grand Prix today.

He said it was even more important that the team had done so while running on the medium compound tyres, which could put them at a strategic advantage over rivals who qualified on the softs.

“It really felt like pole position for us,” said Russell, who qualified ninth on the grid for tomorrow’s race.

“To get into Q3 is one thing but to do it on the medium tyre was massive. We were obviously debating prior to the session in which order we do Q2, whether it’s the soft tyre followed by the medium or vice-versa. But we were pretty adamant we didn’t want to go in the top 10 on the softs.

“We managed to pull that off, like I say it almost feels like a pole position. It’s the most pumped-up I’ve been since I last won a race, probably.”

Russell came within eight-thousandths of a second of reaching Q3 at the same track last week. He ran well inside the top 10 during the race, before retiring due to a power unit problem.

He said the team’s performance today has come from wringing the final fractions of a second from the car at a track which suits it.

“On a circuit like this, it’s so short and as a driver or as a team, if you make a small mistake, there’s not enough time to make it back up,” he said. “We’re really just getting every last little millisecond out of the car and probably making less mistakes than others.

“Everything just felt in the sweet spot, to be honest. It felt like a really, really sweet lap. And that’s the difference, you saw it was milliseconds to be not in Q3. Between P10 and P13 it was so close as it always is here.”