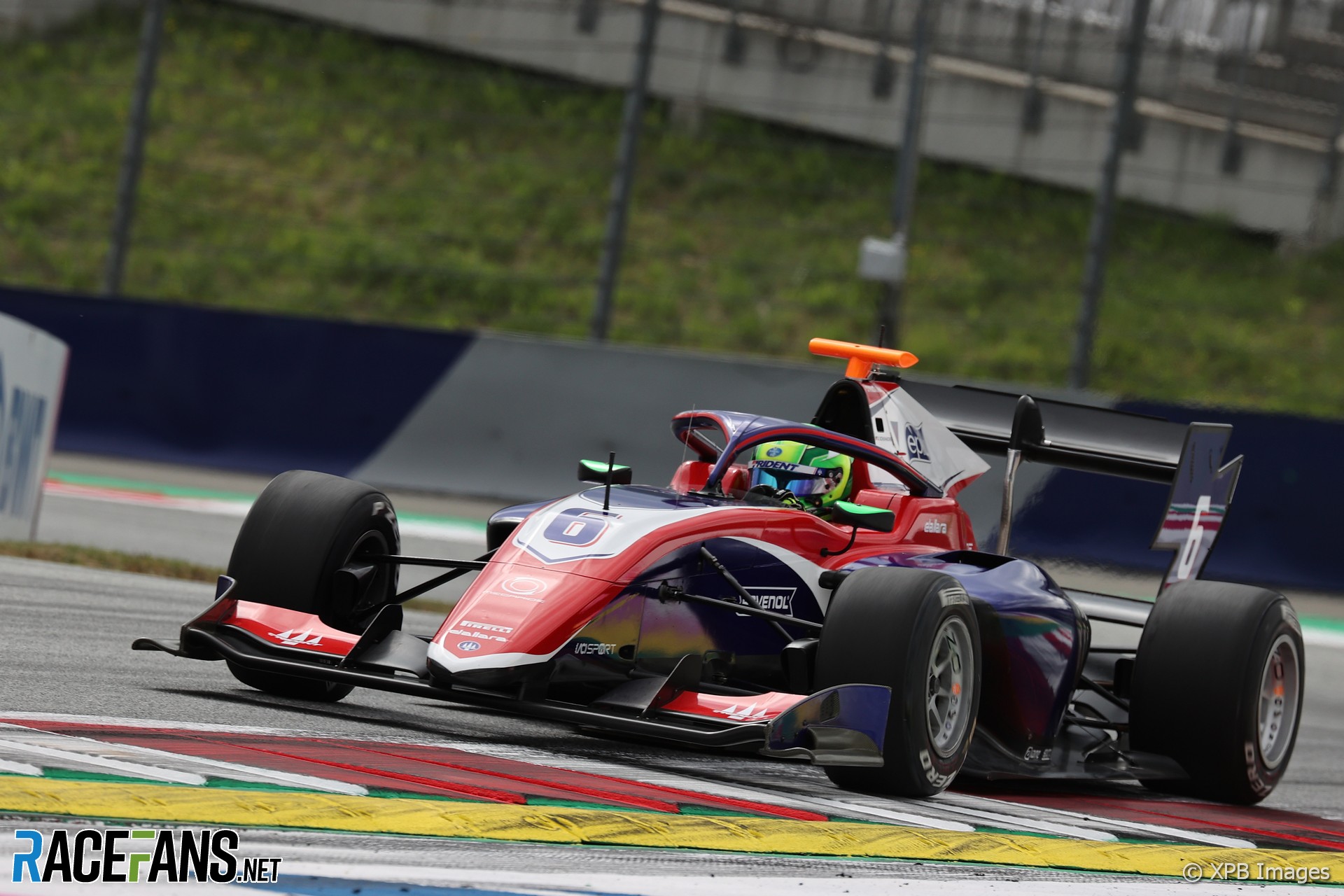 A combination of track limits penalties for nine drivers, a five-second time penalty for Alexander Smolyar as a result of forcing off another driver and the disqualification of Ayumu Iwasa meant Schumacher went from 17th on the grid to being on reversed grid pole as he was promoted to 12th in the race one results.

Roman Stanek was lifted from 16th to line up alongside Schumacher on the front row, and the pair pulled away cleanly at the front at the start. However it only took a few seconds for racing to be put behind the safety car as Logan Sargeant, starting 15th after being demoted from third in race one as a result of penalties, collided with Tijmen van der Helm after the first corner.

Schumacher was totally in control at the restart, and he set successive fastest laps to pull away while Stanek held off a train of cars for second place.

Jak Crawford was in third before his car ground to a halt, then Juan Manuel Correa and Kaylen Frederick span together at turn three once they were disputing the position. That led to a virtual safety car period and promoted Victor Martins to the last podium spot, but like Crawford his car came to a stop due to mechanical issues after he had made a spectacular pass on the grass to turn five to get past Stanek.

Frederik Vesti was the next to attack Stanek and he did it cleanly, which allowed title rival Dennis Hauger to get a run on third place from 12th on the grid. He got the job done, but didn’t have enough time to challenge Vesti for second place nor Schumacher who was several seconds up the road.

Stanek came fourth, and Jonny Edgar just held off Arthur Leclerc for fifth. Leclerc set the fastest lap during a charge up the order in the race’s second half, coming from 28th place to score points. The drivers he demoted at the end were Jack Doohan and Olli Caldwell, who had been the fastest driver early in the race but couldn’t progress up the order ended up in ninth place between Enzo Fittipaldi – who was involved in a collision – and Johnathan Hoggard.