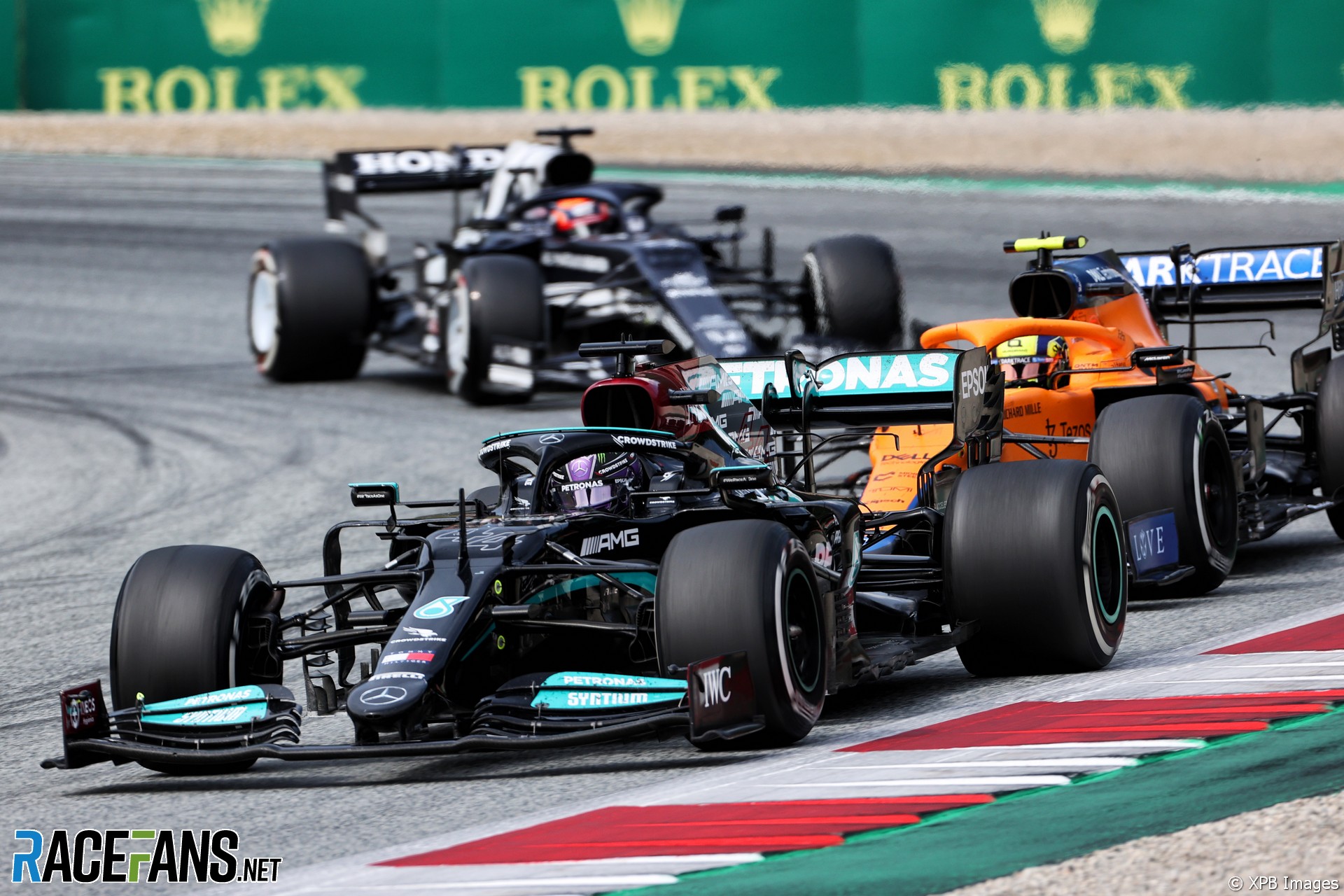 Lewis Hamilton says he “would have been an easy second” in the Austrian Grand Prix were it not for car damage, but doesn’t know how it occurred.

Hamilton started from fourth place at the Red Bull Ring, and moved up to third when Sergio Perez ran into the gravel while battling with Lando Norris.

He passed Norris before the end of his first stint, but claimed during his second that his Mercedes was damaged as he lost two positions and pitted for a second time. On the same strategy as race winner Max Verstappen, Hamilton finished 46.452 seconds behind.

“I already said before the race that it would be very hard to beat Max of course. But obviously it’s frustrating to lose so much downforce in the rear of the car and not be able to hold on to second place,” said Hamilton. “A lot of points lost today.

“I wasn’t going over the kerbs any more than anyone else, so I have no idea where it happened, but there’s a lot of damage.”

Finishing three positions behind Verstappen, while the Red Bull driver also claimed fastest lap, means 32 points now separates them at the top of the standings.

Hamilton was convinced he would have been second, and close enough to deny Verstappen the chance to make a second stop to go for fastest lap, without his damage.

“I would have been second. I was in second when all of a sudden it broke. So it would have been an easy second generally, but obviously not able to to catch those guys ahead.

“We’re miles away from them, so we’ve got a lot of work to do. We need all hands on deck, which I know they already are. And they’ve brought a lot of upgrades clearly over these past few races, and we haven’t bought any. So we’ve got to bring some, find as much performance as possible, otherwise this will be the result in most of them.”