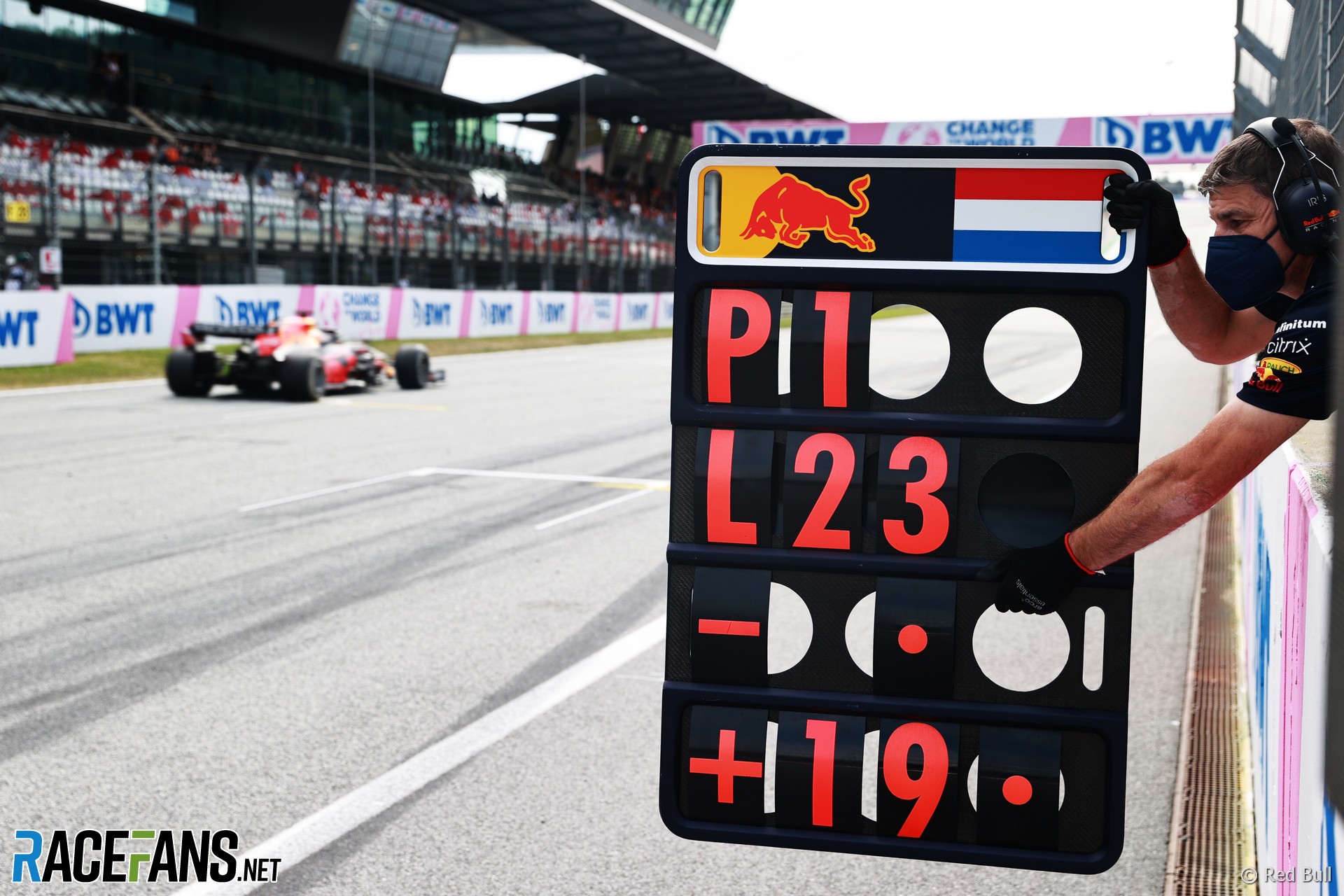 Max Verstappen didn’t anticipate his domination of the Austrian Grand Prix, where he built such an advantage that he was able to switch to a two-stop strategy without losing the lead.

The Red Bull driver pulled away from his rivals during the first stint of the race on the medium C4 tyre, lowering the fastest lap until he switched to the hard C3 compound.

He raised his pace and ended up over 26 seconds clear up front. Red Bull took the opportunity to give him a second pit stop with 11 laps to go. That ensured he secured fastest lap and that there was no repeat of his Baku rear tyre blowout.

“The car was on rails on every tyre set we put on, it was really enjoyable to drive, and really insane,” said Verstappen.

“I’m a bit amazed myself how today went, I didn’t expect it to be like this. Incredible job by everyone to deliver something like this.

“Of course when you go into the weekend everyone sees you as the favourite, but it’s never easy to actually always deliver what we did today. A great effort by the whole team and also by Honda, I think the whole package. These two weeks here have been incredible.”

Verstappen also dominated last week’s Styrian Grand Prix at the Red Bull Ring, and brings his tally of Formula 1 wins at the circuit up to four.

Early on in the race he faced a challenge from McLaren’s Lando Norris, but held him off at the start as well as an early Safety Car restart where he left it as late as possible before returning to racing speed.

“I just had to be awake in the restart,” Verstappen explained. “I had a little bit of a gap and I knew that if I could go past lap one, or the restart, I could do my own race. But you always have to do that first. But today has been pretty incredible.”

Following the easing of pandemic restrictions, a larger crowd was present to witness his second consecutive race at the same circuit.

“It was insane today to see all the fans here, first of all, and of course so much orange is just incredible,” he said. “And a great motivation as well. Especially the last lap and the in-lap, there was a lot of orange all over the track, so than you very much for coming.”