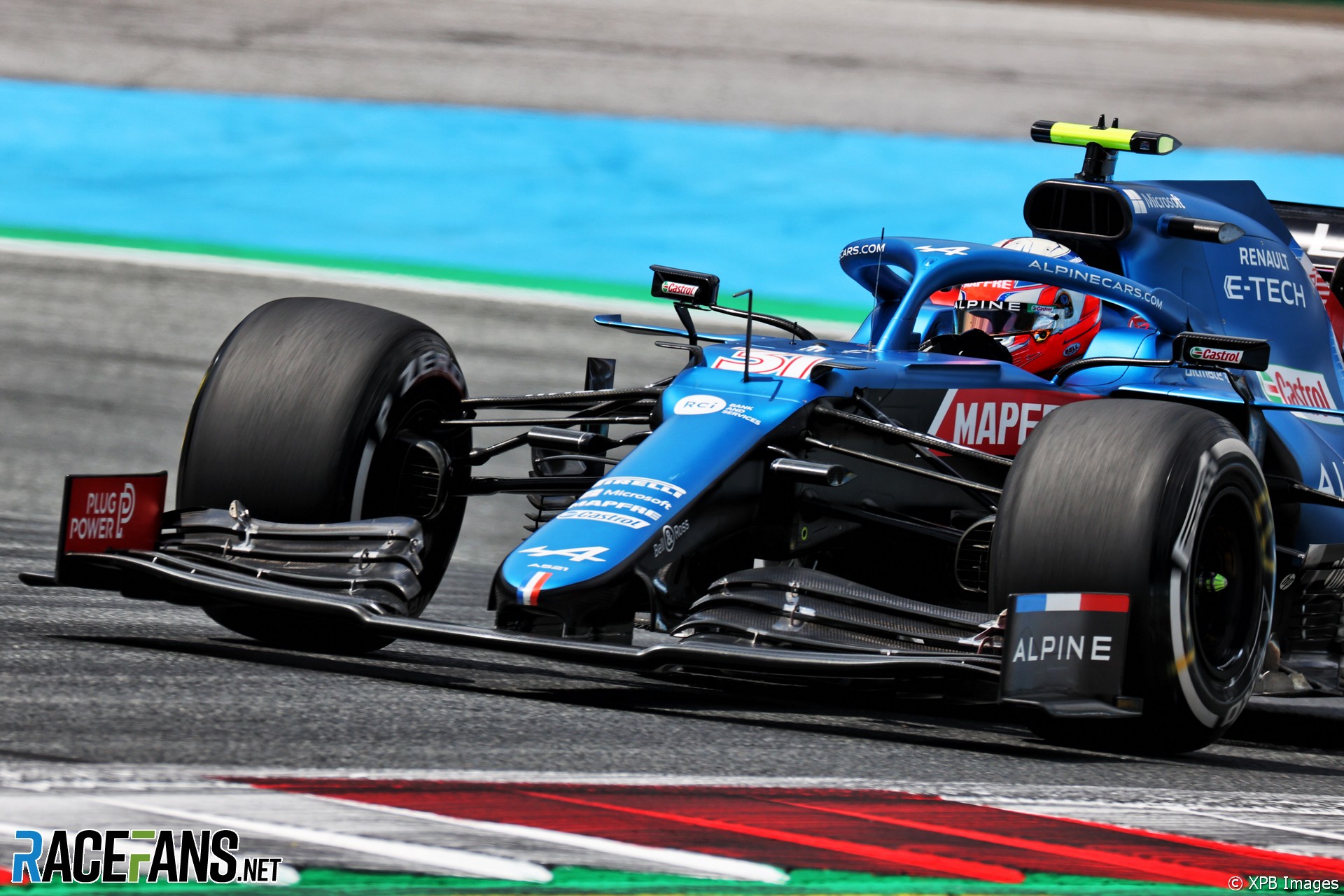 Esteban Ocon is eager for Alpine to make changes to his car – potentially including a chassis replacement – in response to his recent slump in results.

Having regularly reached Q3 in the opening races, Ocon dropped out in Q1 at both rounds in Austria. Meanwhile team mate Fernando Alonso was on course for his fourth consecutive appearance in Q3 last weekend until he was blocked on his final run in Q2.

Ocon said after Saturday’s qualifying session there was little indication why he was more than half a second slower than Alonso over the shortest lap time on the calendar.

“The balance felt actually fine,” he said. “Once I finished a lap, I felt like it was a good lap on that second of Q1 and I was pretty pleased with how it went. Maybe half a tenth I could have gained, but that’s all about it, to be fair.

“So that’s where it starts to be difficult when you don’t spot exactly what the issue is and then the lap time deficit is so big on such a small track. So we need to keep digging in and keep staying together to go through this period as quickly as possible.”

His race lasted two corners before a collision left his car terminally damaged. Ocon said his team will use the two-week gap to the next race at Silverstone to make swap parts on his car to eliminate any potential problems.

“We’ll start as fresh as we can be, because obviously the deficit and the performance that we had was not good enough this weekend and last weekend,” he said.

A complete change of chassis has not been ruled out, said Ocon. “The maximum possible would be very welcome,” he said.

“I will have a chat with the team and see what’s possible to do. But the more things we can change, the better it would be. Then it’s one doubt less.”