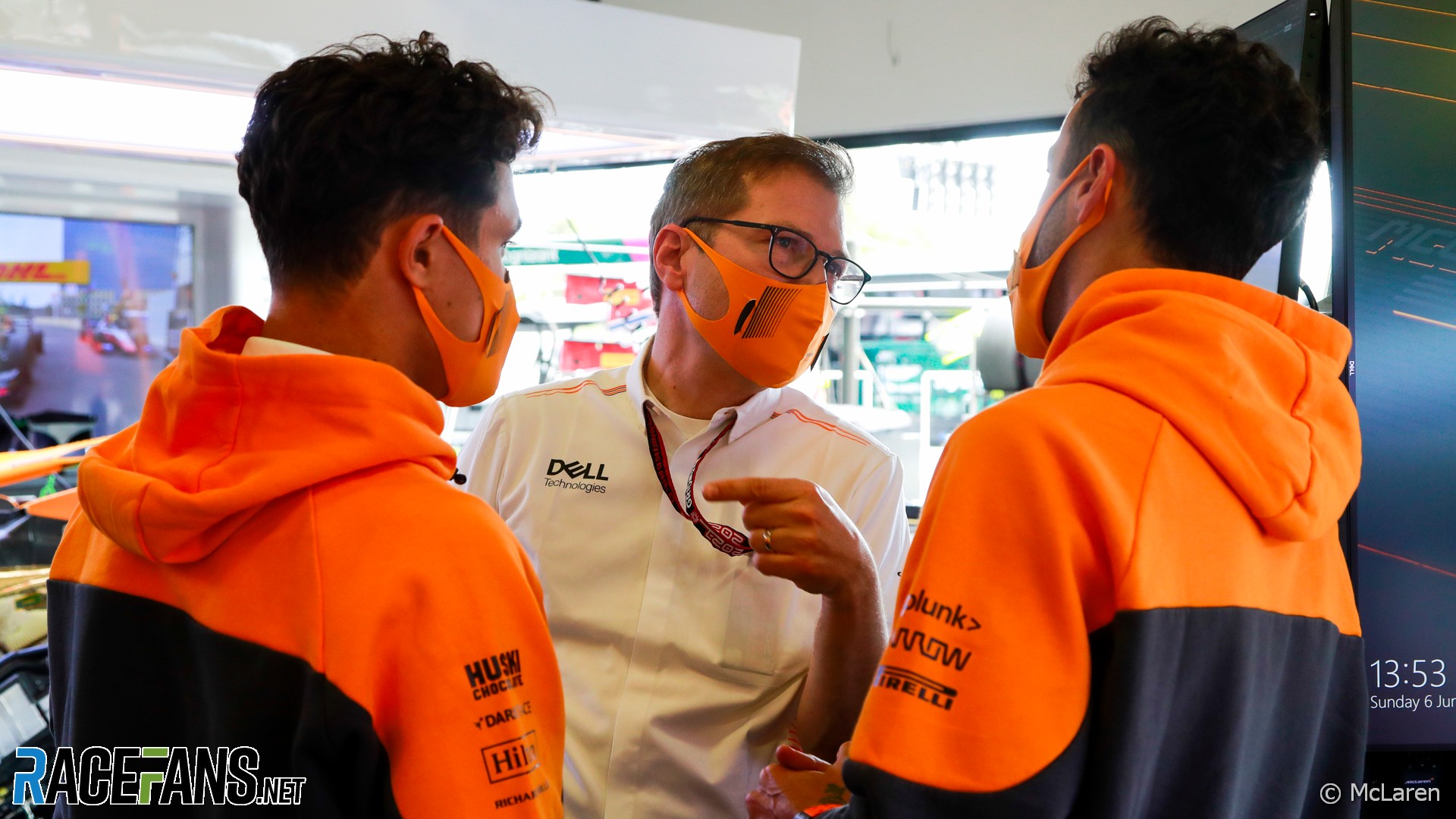 In the round-up: McLaren team principal Andreas Seidl admits it’s “disappointing” the team’s new hiring Daniel Ricciardo is taking so long to get up to speed.

Ricciardo failed to reach Q3 for the fifth time in nine races at the Red Bull Ring. Seidl said his continuing difficulties was “disappointing for Daniel” but not yet a cause for alarm.

“Of course it’s also disappointing for us that it takes longer than expected. But at the same time, it’s not the first time, I experienced it also in my motorsport life that sometimes it doesn’t click straight away. It is not that easy and straightforward and it is complex to change teams over winter.

“I’m still very, very confident and I’m absolutely sure that it will click at some point, the day will come when Daniel will fully feel home here with the car and then we will see the Daniel again that we all want to see, the Daniel that is pulling it off weekend by weekend and showing us the performances that we are all used to.”

Nine races into his first season with McLaren, Ricciardo has scored 40 points compared to the 101 of team mate Lando Norris. Although he’s usually brought his car home in the points, Saturdays are a clear weakness: Ricciardo has an average qualifying position of 10.8 to his team mate’s 6.1.

“Of course it’s a challenging period right now for him, for us, especially when seeing how Lando is pulling it off,” Seidl acknowledged. “But that’s a challenge we are in together as a team, together with Daniel. It’s simply important in these moments to stay calm and keep working on the challenge together and making steps, even if it’s small steps. I’m confident that it will come.”

Formula 1 is to present a full-scale model of a car designed to the new rules for the 2022 season. The car will be revealed on Thursday.

A wind tunnel model of the car was previously presented at the 2019 United States Grand Prix, at which time the rule were due for introduction this year, before they were postponed as a consequence of the pandemic.

This nice guy @danielricciardo took time out to see our nightshift today. Top bloke and very funny but don’t tell him I said that. Thanks 🙏 and best of luck at Silverstone from all at the factory. #mclaren #papaya #teamwork #fearlesslyforward pic.twitter.com/QTkBnBG7uk

Helmut Marko says George Russell would be 'worth considering' for Red Bull if he does not get the chance to join Mercedes next year, but doubts the team would let him go.

Moving to Europe and taking titles: Oscar Piastri on the moments that made him (F2)

"Moving to Europe would be the first real moment. You can’t exactly race F2 from Australia… That was a big change for me - moving out at 14-years-old and going off to school outside of Australia – but it was a necessary step to take in order to get to F1. I moved to Hertford in the UK, and I think that I grew a lot because of it."

After a bruising 2020, Doohan is now showing his potential and repaying his father’s sacrifices (F3)

"My dad has done it all before but on a premier class level, winning five world championships - you don't do that easily. He had all the tools, and obviously hasn't forgotten them, so he is passing them on to me. It’s a different discipline, but I think the same characteristics apply."

However next year may unfold, George Russell is the best choice for Mercedes, says @Olivioroberto:

In this situation, free dispute, let the best win. Even with Perez’s help, Verstappen won’t win many races. Mercedes constructors title and drivers title also with one of the two. A rerun of the 1988 championship (or 2014, if you want something more recent);

Second: Mercedes develops a car similar to the Red Bull.

Victories distributed between the two teams, but Verstappen will win for Red Bull (Perez will be a faithful squire only); at Mercedes, Hamilton and Russell share the victories. Verstappen wins the drivers’ title, as the points will be diluted between Hamilton and Russell while Verstappen will have the leading role in the team, and Mercedes takes the constructors’ title. We’ve already seen such a story in the 2007 championship where Alonso and Hamilton lost to Raikkonen, who was the big underdog in the championship.

Third: Mercedes develops a car inferior to that of Red Bull.

There’s not much to do, maybe Russell and Hamilton will win a race here or there. Verstappen wins the drivers’ title and Red Bull the constructors’ title.

In the three situations above, Verstappen wins in two…

With Bottas, Hamilton will have a leading role if the Mercedes and Red Bull cars are similar (situation two), then he will have chances to beat Verstappen and even win the world title. Thus, the title only escapes you if the car is really bad.

I don’t see Hamilton’s fear for Russell when in his statements he praises Bottas. I see Hamilton thinking about himself (and he has to do that, he doesn’t have to sponsor drivers), wanting to get more titles, more records, and knowing he needs Bottas’ help this year. And honestly I would do the same in his place.
@Olivioroberto