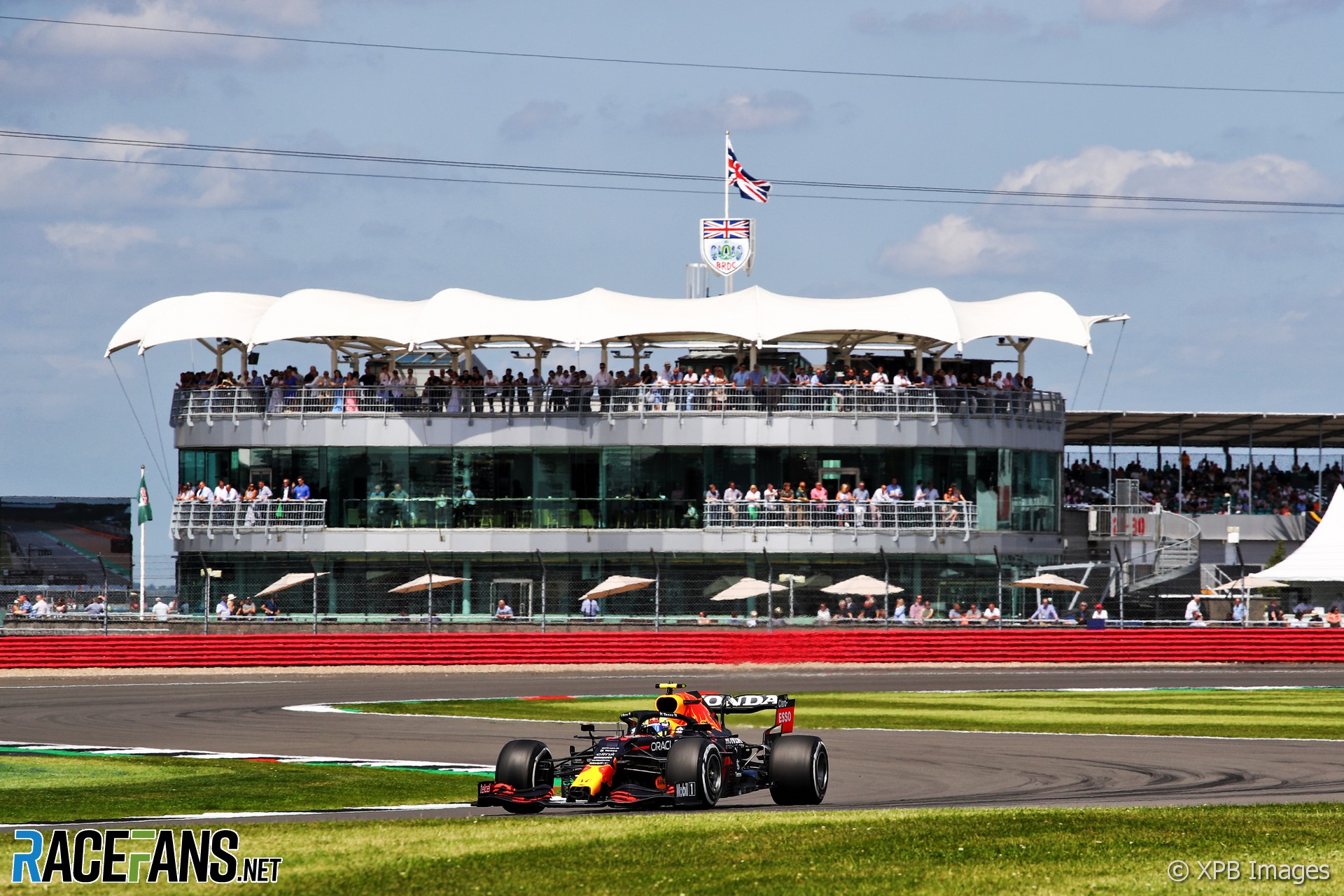 Sergio Perez admitted he is struggling more at Silverstone than at other tracks after suffering a spin which left him last on the grid for tomorrow’s race.

The Red Bull driver said it had been “a poor day from my side”. He described how he lost control of his car at the exit of Becketts on lap five of the race.

“Getting out of the corner, [I was] already picking up quite a lot of throttle, and I think I got caught out with the dirty air,” said Perez. “I became a passenger basically, really early in the corner.”

Perez said he’s typically been able to improve him performance between Friday and Saturday but hasn’t made his usual gains at Silverstone.

“It’s been difficult from a Friday point of view,” he said, “but I think the pace has been there from Saturday and Sunday in terms of like, for example, in Austria one or Austria two everything would have looked very different without the incidents.

After his spin, Perez said he had no realistic chance to improve his starting position. “It was set, I think,” he said. “We basically had a bit too much vibration on the tyres from the spin and it was pretty much it.”

His team called him into the pits on the final lap. “We thought there wasn’t much to gain so we preferred to retire the car,” Perez explained.