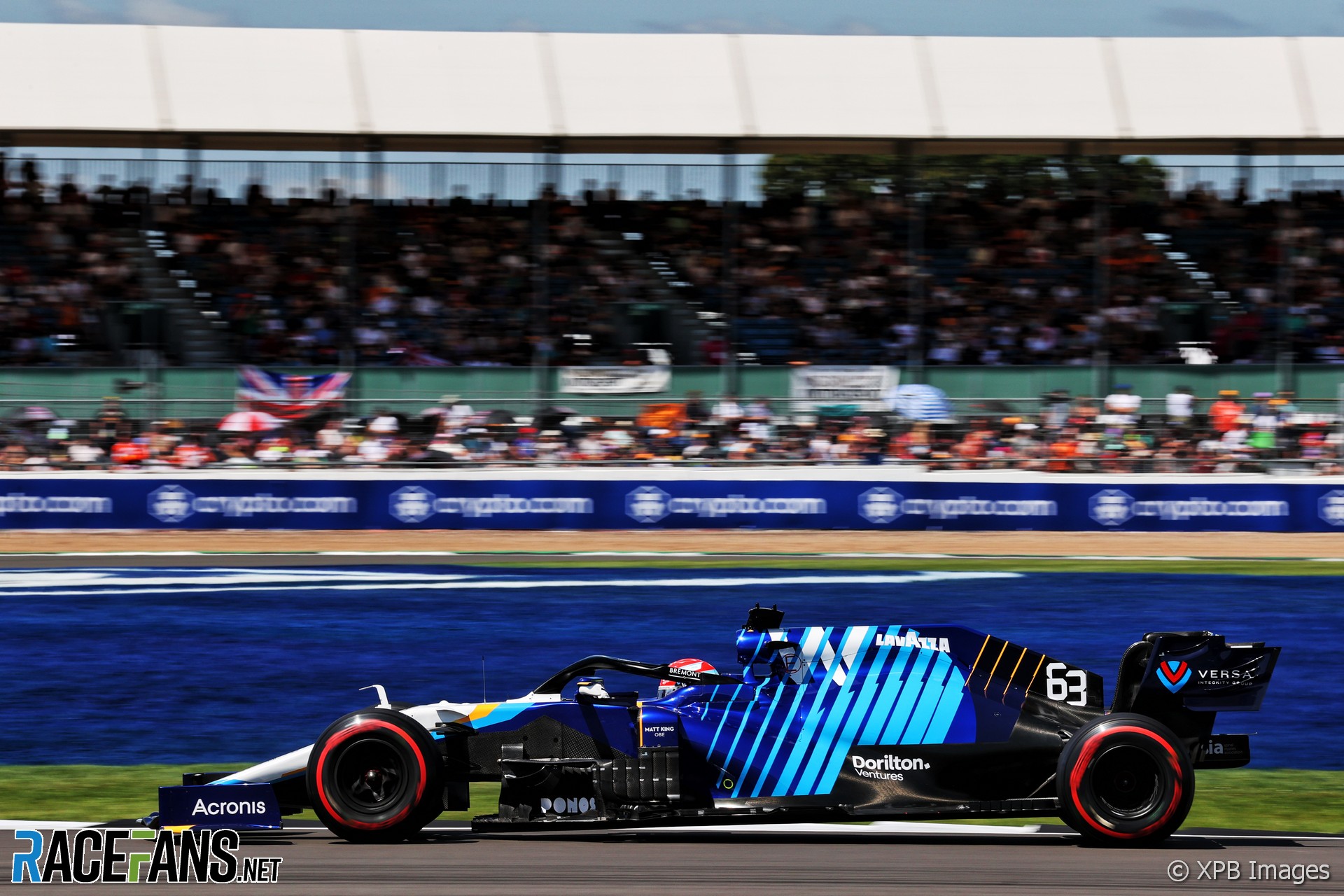 George Russell has been given a three-place grid penalty for the British Grand Prix for his collision with Carlos Sainz Jnr.

The Williams driver finished today’s sprint qualifying race in ninth place. He will therefore be relegated to 12th on the grid for tomorrow’s grand prix.

The stewards ruled Russell was responsible for the collision on the first lap of the race.

“Cars 63 [Russell] and 55 [Sainz] approached turn six with car 63 on the inside, in the middle of the
track, and car 55 on the outside. Car 63 locked the front brakes briefly and then understeered towards the edge of the track at the exit of the turn and contacted car 55, which was forced off the circuit and on to the grass. Car 63 is judged at fault for the incident.”

The stewards explained the decision to hand Russell a grid penalty rather than a time penalty, stating the latter would not have been appropriate due to the shorter length of the qualifying race.

“The stewards note that breaches of the regulations of this sort in a race normally result in time penalties, which are scaled based on normal grand prix race lengths. Both because of the shorter length of sprint qualifying and because it is used to establish the grid for the race, the stewards feel that grid position penalties, as imposed here, are more appropriate.”

Russell was also given a penalty point on his licence for the collision. It puts him on a total of seven for the current 12-month period, leaving him five away from an automatic race ban.

Sainz said he tried to give Russell space to avoid a collision. “I think it’s pretty obvious that sometimes the people who stay inside in turn six tend to have moments, lock up or lose the car,” he explained.

“I tried to give him as much space as I could. Even at one point I opened the steering wheel just to let him go. But even like that, he couldn’t control the car and bumped into me.

“A pretty obvious mistake by him, it could happen to any of us. But the fact that he finished in front is still, I don’t think, the best.”

Speaking before Russell’s penalty was issued, Sainz said he “wouldn’t mind” if none was given, but added “I think I deserve to be in front of him starting tomorrow.”

“I think it would be a bit unfair for him to start to race in front of me after the obvious mistake he did today.

“As I said, it happens to all of us. It has happened to me in the past, but I think you also need to accept the consequences when you do this sort of mistake. Normally the stewards on lap one, they kind of close their eyes a bit more compared to later in the race. But for me, his mistake was a bit more.”

Sainz will move up one place on the grid as a result of Russell’s penalty, as will Esteban Ocon and Pierre Gasly.