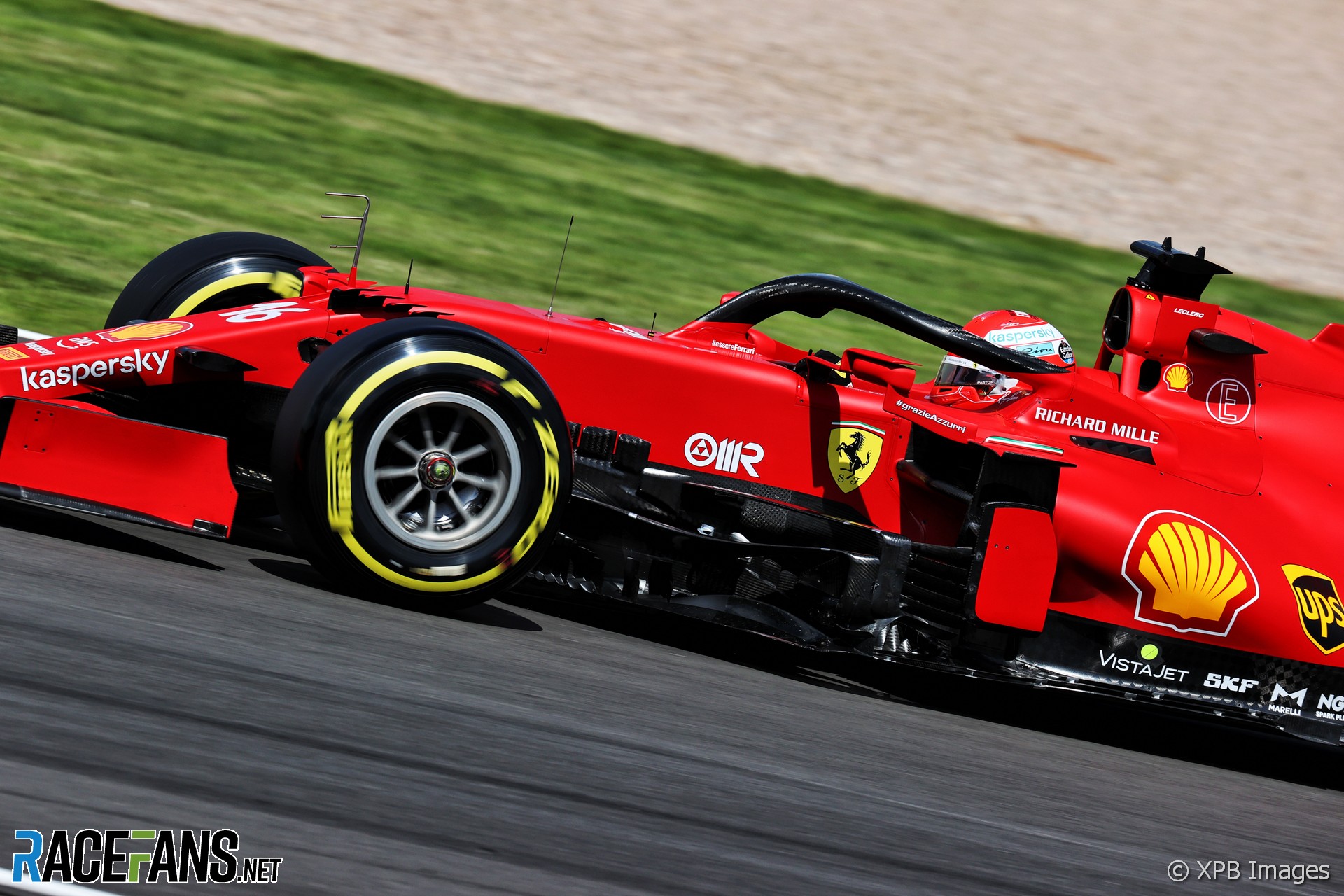 Today’s race was run to one-third of a grand prix distance which meant the cars carried around 70 kilograms less fuel. Leclerc said it was much more enjoyable to drive a lighter car.

“It is a big, big difference,” he said. “It’s very nice, I prefer to drive in those conditions.”

Leclerc said it made him wonder if F1 should reconsider allowing teams to refuel their cars during races to keep the weight down. Refuelling was outlawed at the end of the 2009 season.

“It makes me think about the refuelling a little bit because it just feels very, very good,” he said. “And I think for racing, also for those tyres they are in a much better window and it makes us push a lot more.”

He was also pleased by the change to Friday’s schedule, which saw qualifying take place after just one hour of practice.

“I enjoyed it. I mean, sprint qualifying is cool, you get to push for 17 laps straight. But I think what I enjoy the most is mostly the Friday change. Having the qualifying on Friday makes it a lot more exciting for us drivers.”

Formula 1 intends to hold two more sprint qualifying events after this weekend’s round, after which it will decide whether to hold more next year. Leclerc said he isn’t sure whether the format should be rolled out more widely.

“I think it’s still quite early to take a decision now because we’ve only done one,” he said. “We haven’t even done the main race tomorrow, even though it won’t change my opinion.

“But we’ve got to wait on other tracks, will it make sense to increase the number, or not? So let’s wait and see.”

28 comments on “Sprint qualifying “made me think about refuelling” – Leclerc”