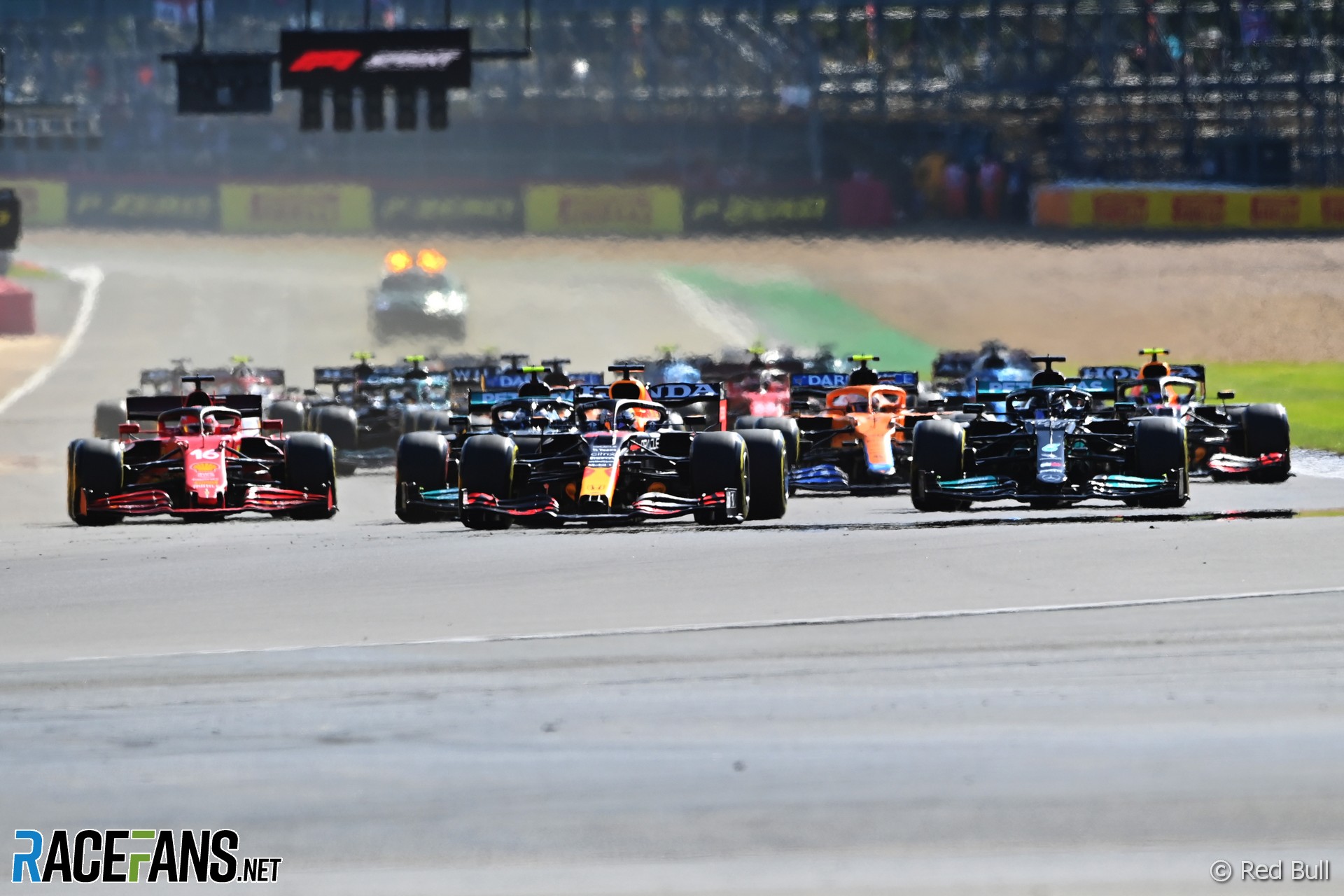 Max Verstappen admitted he was concerned by the fire which started on his front-left brake prior to the start of today’s sprint qualifying race.

Despite flames licking from the disc, Verstappen made a rapid start to pass Lewis Hamilton, which put him on course to win the race.

Afterwards he described his growing concern over the smoke billowing from his brakes as he watched the rest of the field line up behind him.

“I was really worried,” said Verstappen. “A little bit of fire is okay, but at one point it was becoming quite big. And I was just looking in my mirror to the guys in the back [of the grid] like ‘speed up, speed up.'”

After passing Hamilton at the start, Verstappen was concerned about slowing his car in the first braking zone at Village. “I was not sure going into turn three if my brakes are going to work,” he said.

“But luckily it didn’t do too much damage. I think I saw a few people on the grandstand making pictures when the the brakes on fire, for sure there will be a good few shots there.”

The championship leader extended his lead in the standings over Hamilton by a single point by virtue of the points offered to the top three finishers in the new Sprint Qualifying format.

“Around here it’s difficult to pass, but we had a good start and a good fight with Lewis on the first lap,” Verstappen says.

“Then we tried to do our own pace, but you could see we’re pushing each other hard because at the end of the race, the tyres were blistering a lot. So we had to manage that to the end. But nevertheless, I’m happy to score those three points.

“It sounds a bit funny to then hear ‘you scored a pole position’. But anyway, we’ll take it. And again, I think it will be a really exciting battle tomorrow.”