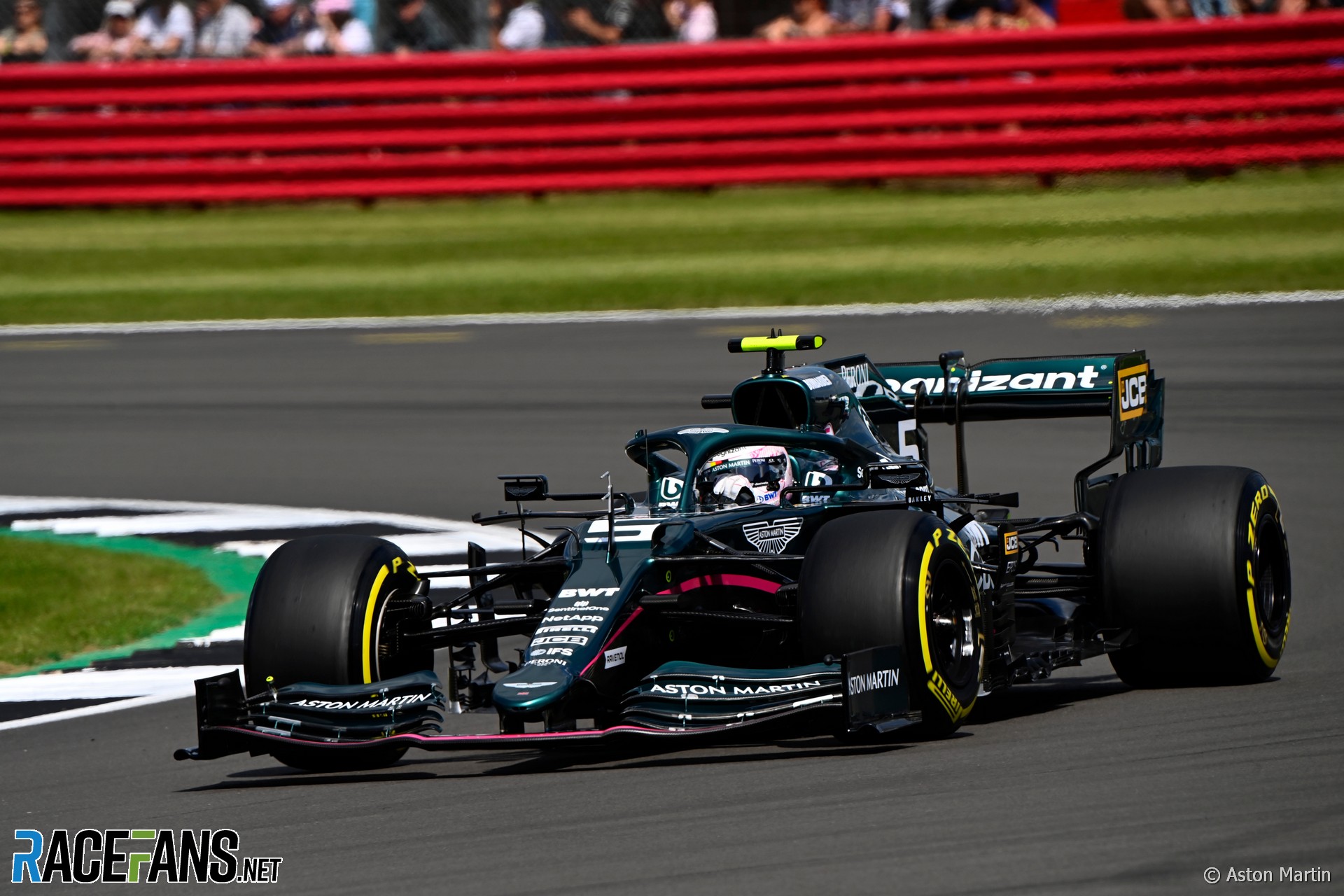 Sebastian Vettel, Carlos Sainz Jnr and Nikita Mazepin have been given formal warnings for performing practice starts in an unapproved fashion.

The trio were found to have violated the race director’s notes which required practice starts to be performed “as far forward on the grid as possible” and not while other drivers ahead were waiting to perform their starts.

The stewards noted the three drivers “did not conduct a practice start in the manner specified by the race director’s notes.” Although they were given warnings, the stewards added “future such infringements will likely result in a more severe penalty.”

Sainz was also cleared following another investigation into how he rejoined the track after he was hit by George Russell at the start of the race. Pierre Gasly took evasive action as Sainz rejoined ahead of him.

Despite the near-miss between the pair, the stewards were not convinced Sainz had done anything wrong.

“After being contacted by car 63 [Russell], car 55 [Sainz] left the track at turn six and crossed the asphalt run-off area onto the grass,” they explained. “From there, car 55 crossed the grass at speed and eventually regained the track in turn seven as a group of cars went through the turn.

“Car 10 [Gasly] took evasive action and narrowly avoided colliding with car 55 as it came back onto the track.”

Sainz told the stewards he tried to avoid creating a dangerous situation as he rejoined.

“The driver of car 55 described the actions he took to reduce the speed of the car in order to safely rejoin and mitigate what was a potentially dangerous situation. The stewards examined the video and the telemetry data and found no conclusive evidence that the driver of car 55 did not take sufficient action to avoid the situation.”

10 comments on “Vettel, Sainz and Mazepin given formal warnings over practice starts”