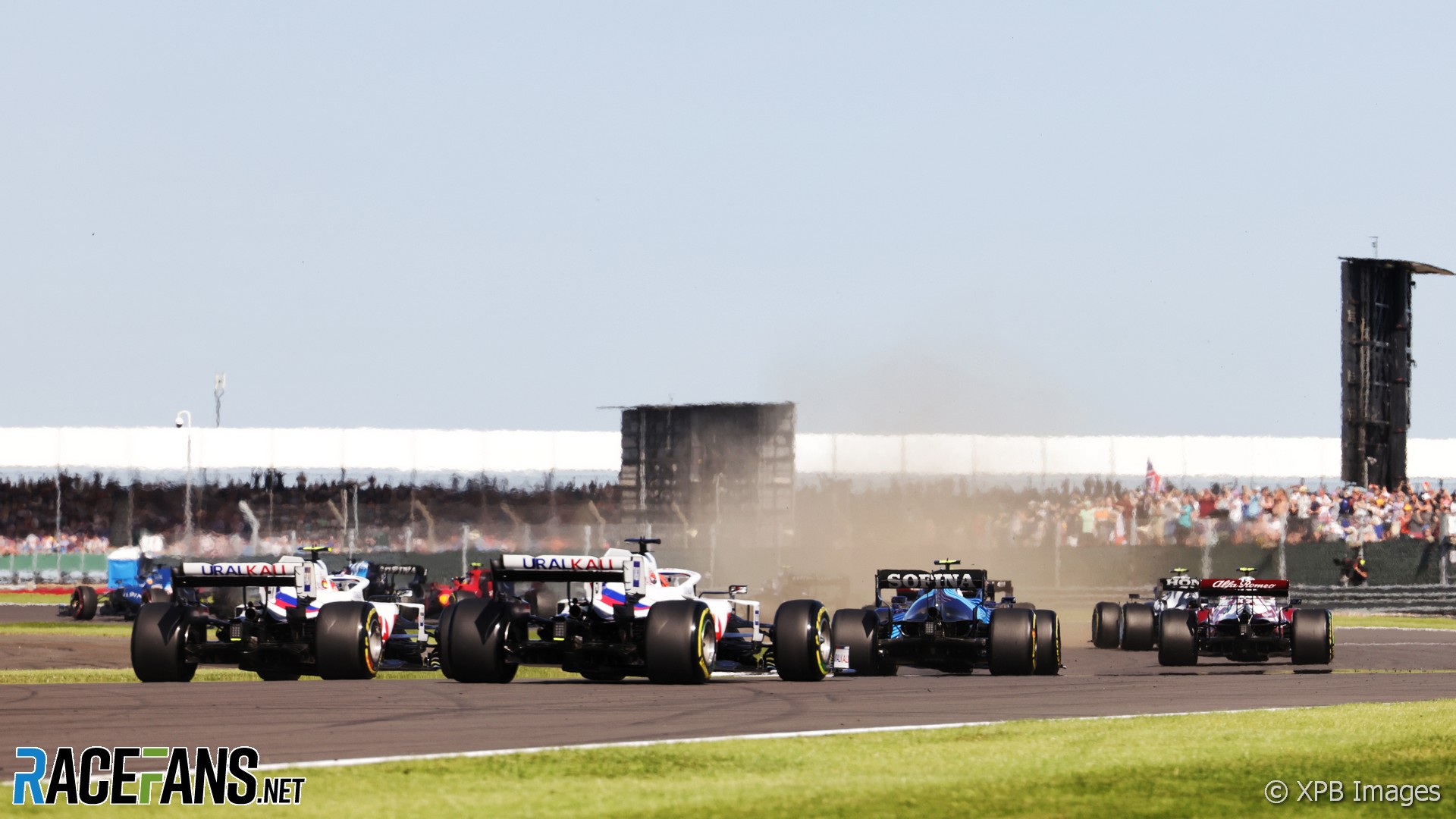 Haas team principal Guenther Steiner says the contact between his drivers in yesterday’s sprint qualifying race should have been avoided but isn’t blaming either for it.

The damaged parts on the cars of Nikita Mazepin and Mick Schumacher cars will be repaired back at their factory and reused in future.

Mazepin made contact with team mate Schumacher’s car at Village corner on the opening lap of sprint qualifying, sending him into a spin. Steiner said both cars suffered damage in the collision which compromised their sprint qualifying races.

“Nikita’s car had a deformed wing endplate, which actually held on to start with but then we saw on the data on lap six that the part of the front wing endplate fell off,” Steiner explains. “So the damage was not that big, but obviously it has an impact on aero and you can immediately see it on the tyre temperature.

“Mick’s car had damage on the floor, on the side, obviously, where he went in. It is not major damage, but every little bit of downforce helps us. And for sure it doesn’t make the car go any faster if you have damage.”

Steiner says he is not attributing blame for the incident, which is the latest in a series of incidents involving between the team’s two rookie drivers.

“We spoke about it very openly in the debrief,” said Steiner. “Where I see it is that we are where we are and the car understeered and obviously he tried to do his best and slipped into him. My opinion is obviously we should avoid it, but it happens. It’s one of these things.

“Fortunately both cars continued so they could get the race in, which is important for them mainly. So it’s not fantastic, but I would say there we are, that’s the only thing, they can’t run into each other.”

The team will replace the parts on both cars before this afternoon’s British Grand Prix. Steiner described how the team will repair and recycle the damaged parts back at their factory for use later in the season.

“They put a new floor on Mick’s car and a new front wing on Nikita’s,” he said “but they will be repaired afterwards – not here at the place. It’s not that they’ll be thrown away, these parts. I mean, the damage is not that big, but for the race they will have new parts of the car.

“You have to unglue the old one and then you bond the new one on, which doesn’t make it heavier because the part you exchange is the same piece. On the floor, I didn’t look at the damage, but normally you can put it back in the mould and repair it without increasing the weight or compromising the quality of it.”

Schumacher and Mazepin will start the British Grand Prix from 18th and 19th on the grid, respectively.