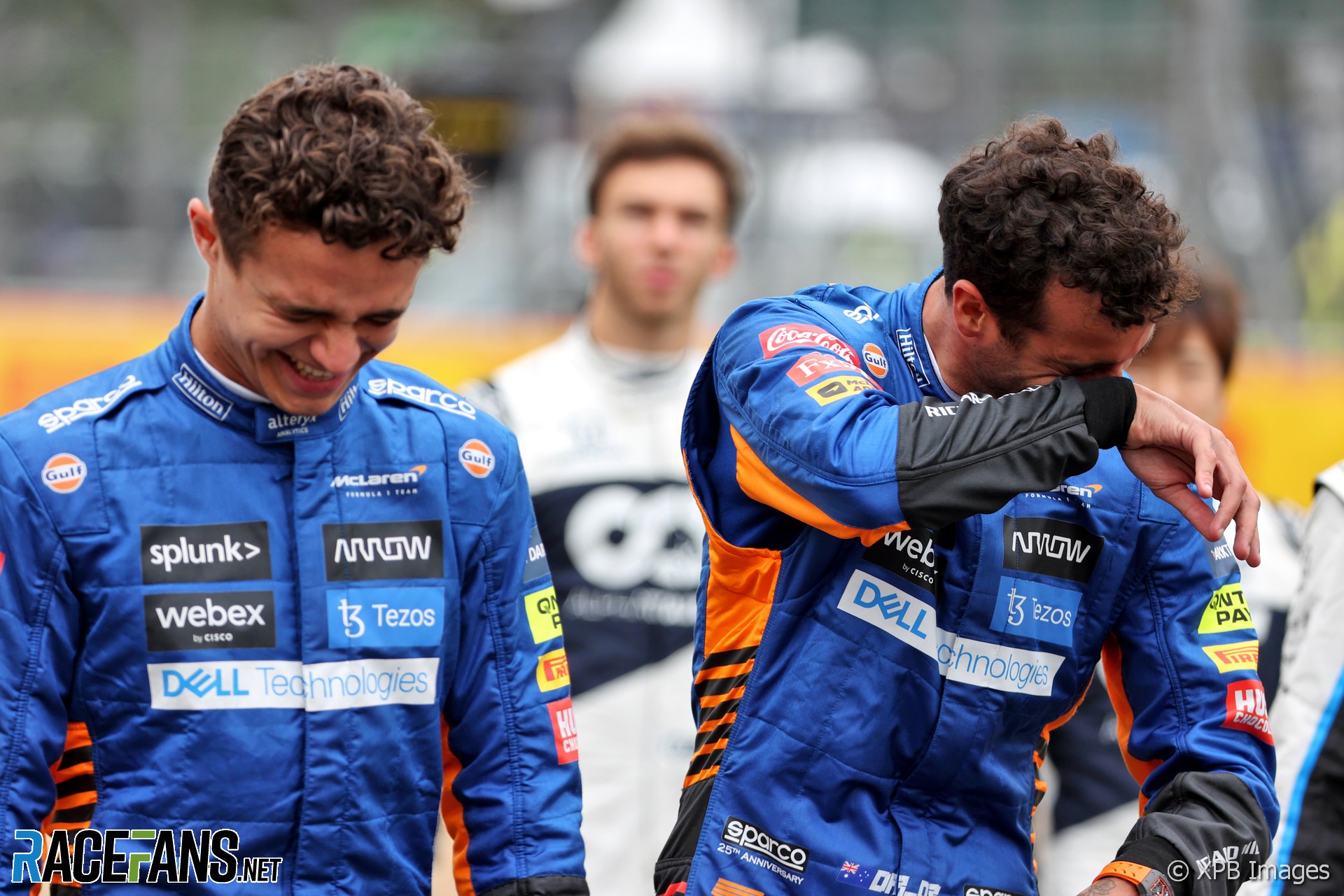 Lando Norris says a change of culture has taken place at McLaren in the years since he joined which has been accompanied by an increase in sponsor interest.

Although Norris made his Formula 1 debut with the team in 2019, he joined their young driver programme two years earlier. McLaren underwent a leadership change soon afterwards, with Zak Brown arriving in place of Ron Dennis as CEO, and Andreas Seidl taking over as team principal.

The team has attracted a wealth of new backers since them. Several are positioned around its growing esports programme which Norris, an active simracer and Twitch streamer, is a major part of. He says this has allowed them to reach non-traditional F1 sponsors.

“I think [our] partners and sponsors, a lot of them are also from the esports side of it and computing side and not just to do with the racecar itself. A lot of our partners like getting involved because of these types of things.

“I’ve done a lot of stuff online, like with Coca-Cola and Dell playing on it and driving with them and giving that experience of driving around different tracks and driving a race car. It is very different.

“Five years ago, I [don’t] think there was more than like four logos on the whole car and now the car’s full of them. Although it’s changed a lot, I think it’s all changed for the better.”

Last year the team attracted significant investment from MSP Sports Capital. It has begun the 2021 F1 season strongly, Norris holding third in the championship after scoring in all of the first 10 races.

“We’re on a good trajectory just as a Formula 1 team and McLaren all together as a company,” he said. “So it’s cool to be just part of that.

“Part of that is then also the esports side of it. It’s another sector that’s growing massively and partners love being involved in it because it is growing so much. So it’s good for everyone. It’s just enjoyable to kind of spend time with these people, meet different people through it and so on.”

Norris said the changes in the team since he joined have been for the better.

“There’s been a lot of changes from back five, six years ago when I went for my first time going to go meet Ron,” he said.

“I think it’s now a lot more lively, a lot more enthusiastic, more motivated and things like that. It’s all changed, but for all the good reasons.”

10 comments on “Norris: McLaren a “lot more lively” than when I first joined”