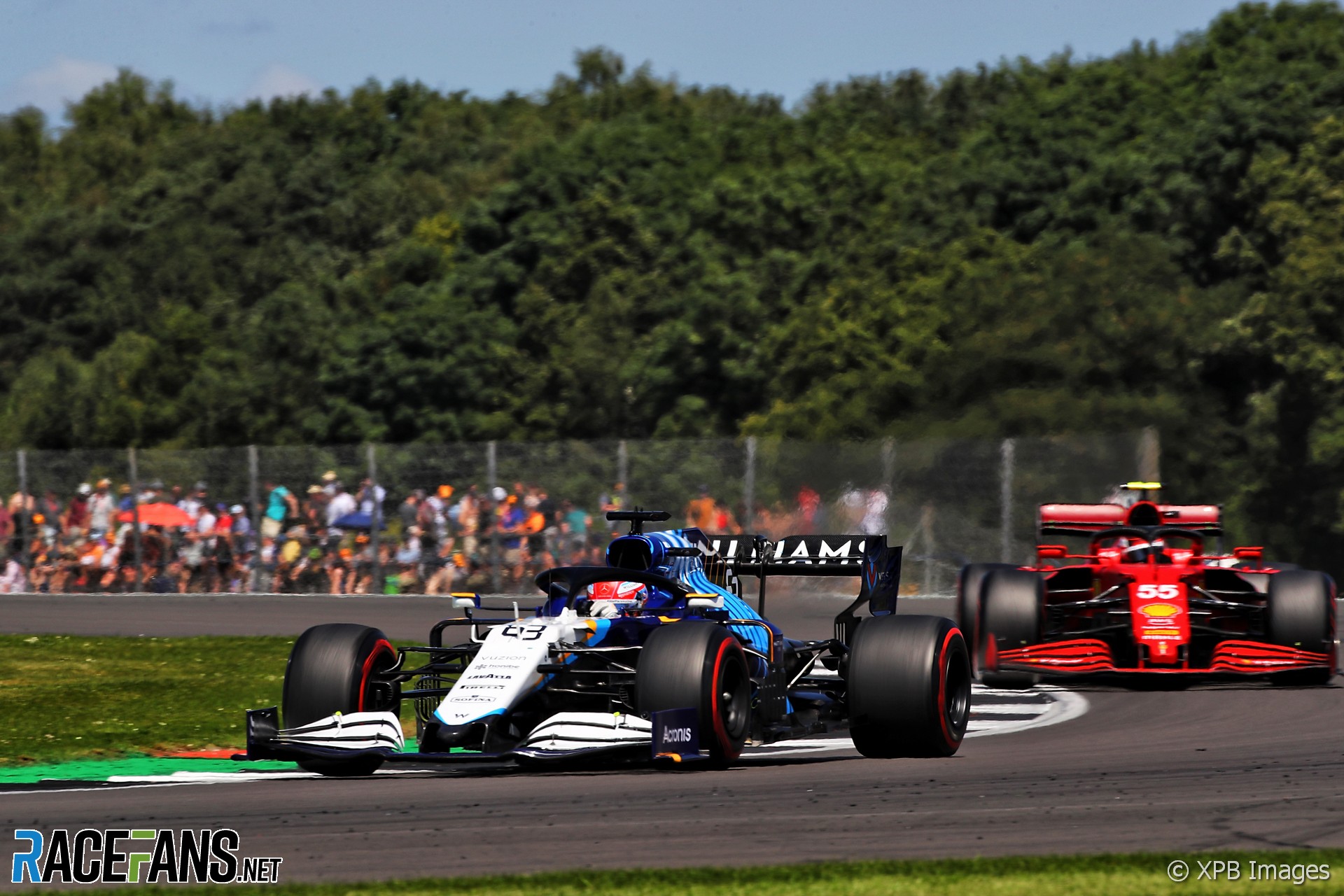 In the round-up: George Russell wants to understand why penalties have “ramped up” in recent races after falling foul of the stewards at Silverstone.

Russell was given a three-place penalty for colliding with Carlos Sainz Jnr on the first lap of Saturday’s sprint qualifying race. “I thought it was a little bit hard,” he said.

“It was one of those first-lap incidents, really. A lot was going on. I had a little, small lock-up. There was nothing malicious there, I wasn’t trying to squeeze him or do anything. And I think if it was any other corner he’d have just carried, potentially even in front of me.

“We’re told that the consequence of an action is never taken into consideration. It felt like in this instance it was. But I respect the decision, at the end of the day they’re the rule makers so we’ve got to stand by their views.”

Several other penalties were handed down at Silverstone and many more in the previous race at the Red Bull Ring, including a trio of disputed sanctions for Lando Norris and Sergio Perez. Russell says drivers will be less inclined to fight each other if they fear being penalised.

“‘Rubbing’s racing’ as they say. I think it’s good for the fans and even for the drivers to have close, hard racing.

“When there’s so many penalties being dished out it does change the views of the drivers slightly of how you approach it. Nobody wants to just sit there and everybody be cautious because it won’t be entertaining for anyone.”

He feels the number of sanctions handed down by the stewards has “really ramped up” over the last two races. The Grand Prix Drivers Association director is eager to learn more about the reasons for the recent calls.

“None of us want to see penalties dished out week in, week out,” he said. “We need to understand their views on this. It’s always fine margins between whether it’s a penalty or not. Maybe it’s just a coincidence that these last two races there’s been more than normal.”

Rolling back the years #375F1 pic.twitter.com/USFucBOX7E

'It was probably the worst time to be there' (Daily Mail)

Stoffel Vandoorne: "In terms of a timing perspective, it was probably the worst time to be there with McLaren. They were obviously in a difficult time."

"You can help with experience and what works for you. You have to have that mental toughness. Alex has got it. As Chip calls it, you're either a Sunday driver or you're not. I think with Alex we have a Sunday driver."

"It’s believed Harvey was on the cusp of signing a multi-year extension with Shank but walked away from the deal at the last minute, to the surprise of the team, which suggests he felt he had an equal or better opportunity presented elsewhere."

"What makes this slightly more interesting than the latest Fortnite skin is that, well, it’s the first time Fortnite has ever done a crossover with a brand that isn’t a movie, comic book, another videogame brand, or a celebrity like Bugha, Neymar Jnr, or LeBron James."

"I believe we've created a good name for ourselves when it comes to developing drivers, it’s something that we pride ourselves on. Zhou was a rookie when he joined us, and now we are sat here, and he is fighting for the Championship. As a team, that’s really rewarding."

Formula 1 was anxious that its new sprint qualifying race didn’t overshadow the grand prix, but some think it did:

After qualifying I thought “this was a great qualifying session”, but then remembered, it doesn’t actually mean anything for the race.

Then the sprint race came, and the first few laps were very exciting, and when the race settled down I thought it was a nice little race, but again, a race without any meaning, because, no points (relevant ones, in any case).

When the actual race came on, it was all a bit deflated by then, and Grand Prix itself lost a bit of that special something.
IfImnotverymuchmistaken

47 comments on “Recent spate of penalties could discourage drivers from racing, warns Russell”