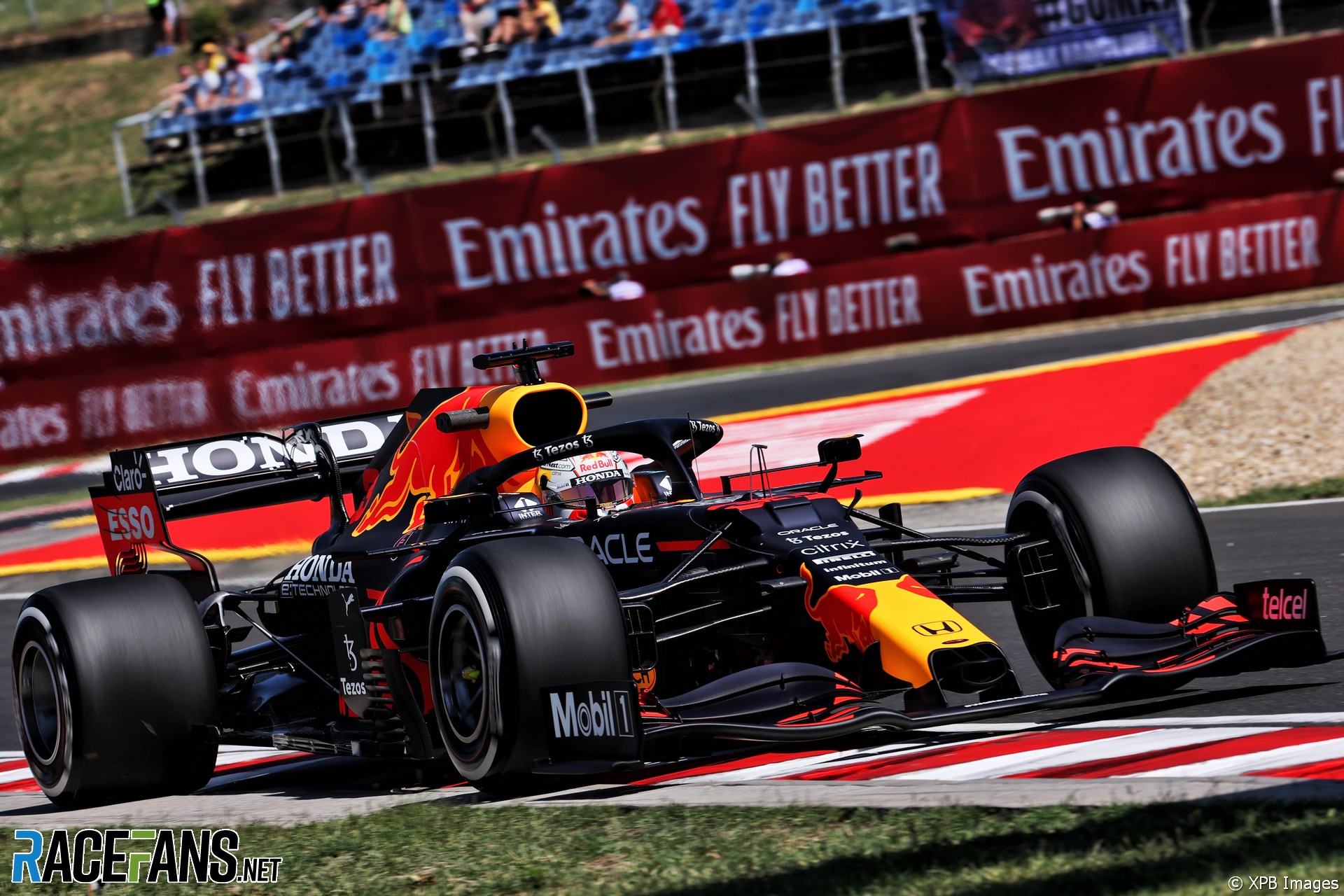 Max Verstappen began the Hungarian Grand Prix weekend on top of the times, pipping Mercedes driver Valtteri Bottas by six-hundredths of a second.

The Red Bull driver’s championship rival Lewis Hamilton set the third-fastest time, just over a tenth of a second behind the Red Bull.

The session was interrupted by a crash for Yuki Tsunoda at turn five. The AlphaTauri suffered light damage after Tsunoda spun backwards into the barrier in the last 20 minutes. Tsunoda was able to exit the car and return to the pits and session resumed with 15 minutes remaining.

Verstappen had taken an early lead after the first hard tyre runs but was pushed down the order when Mercedes switched to softs, at which point Bottas took over the lead.

Hamilton complained of steering problems in the first half of the session, and asked for a considerable increase in front wing angle. The adjustment seemed to help, as he immediately came within a tenth-and-a-half of Bottas’ time.

Verstappen set his soft tyre run later in the session when the track was much hotter. Surface temperatures rose from a very warm 53C at the start of first practice to a scorching 61C at the end. The Red Bull driver was only able to beat Bottas’ earlier time by 0.061 seconds.

Daniel Ricciardo was sixth tenths slower than team mate Lando Norris, and both McLaren drivers ended the session behind key rivals Ferrari. Carlos Sainz Jnr set the fourth-fastest time of the session, having spent most of the hour in the top three, half a second faster than the quickest McLaren.

Robert Kubica, who drove Kimi Raikkonen’s car in first practice, was 18th fastest, splitting the Haas cars and ahead of Nikita Mazepin.

A power unit problem confined Antonio Giovinazzi to just five laps on hard tyres at the start of the hour. He ended the session at the bottom of the times.