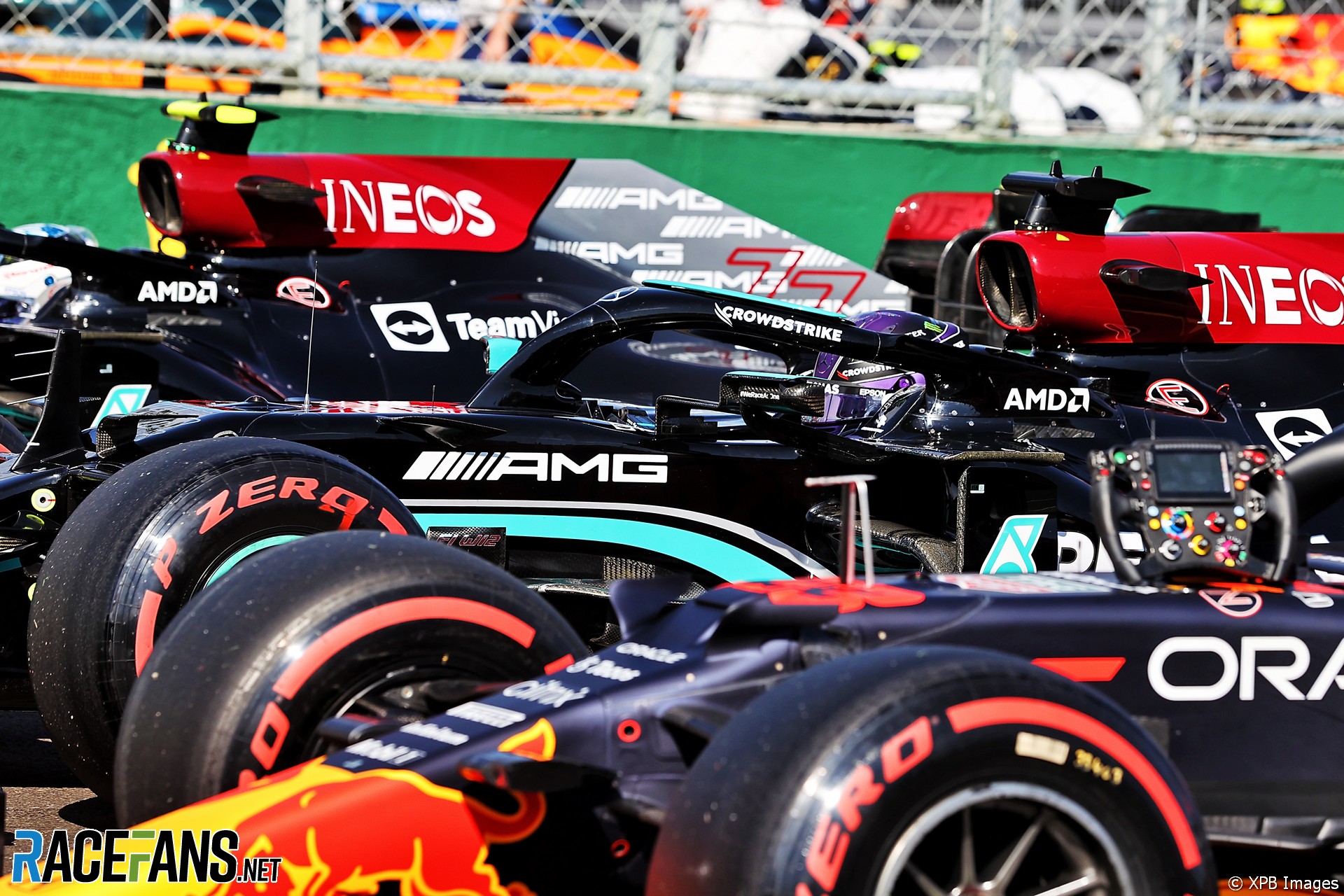 The two Red Bull cars followed the Mercedes pair around the circuit at the end of Q3. Hamilton began his final lap so late that only one of the cars behind him was able to begin its lap before the session ended. That was Max Verstappen – Sergio Perez missed the cut.

While Hamilton was unable to improve with his final run, the time he set earlier in the session was good enough to beg pole position for tomorrow’s race.

The stewards have not announced an investigation into what happened in the final moments of qualifying. Horner told Sky he wsan’t bothered by what happened.

“It’s a bit of gamesmanship,” said Horner. “I mean, Lewis has got a hell of a lap in the bank. And then obviously he’s just backing things up, up, up and he doesn’t want to give, obviously, our cars a clean run.

“But it’s his right to do that, he’s got a track position. So we haven’t got a major issue. It’s all about tomorrow.”

However Horner believes Hamilton compromised his final run by focusing on slowing the pace of his out-lap rather than ensuring his tyres were in optimum condition to begin his flying lap.

“I think we’d probably focus more on the preparation of our tyre because you can see his lap time was nowhere near his qualifying time. But he was obviously more interested in what was going on behind. But that’s part of the game.”