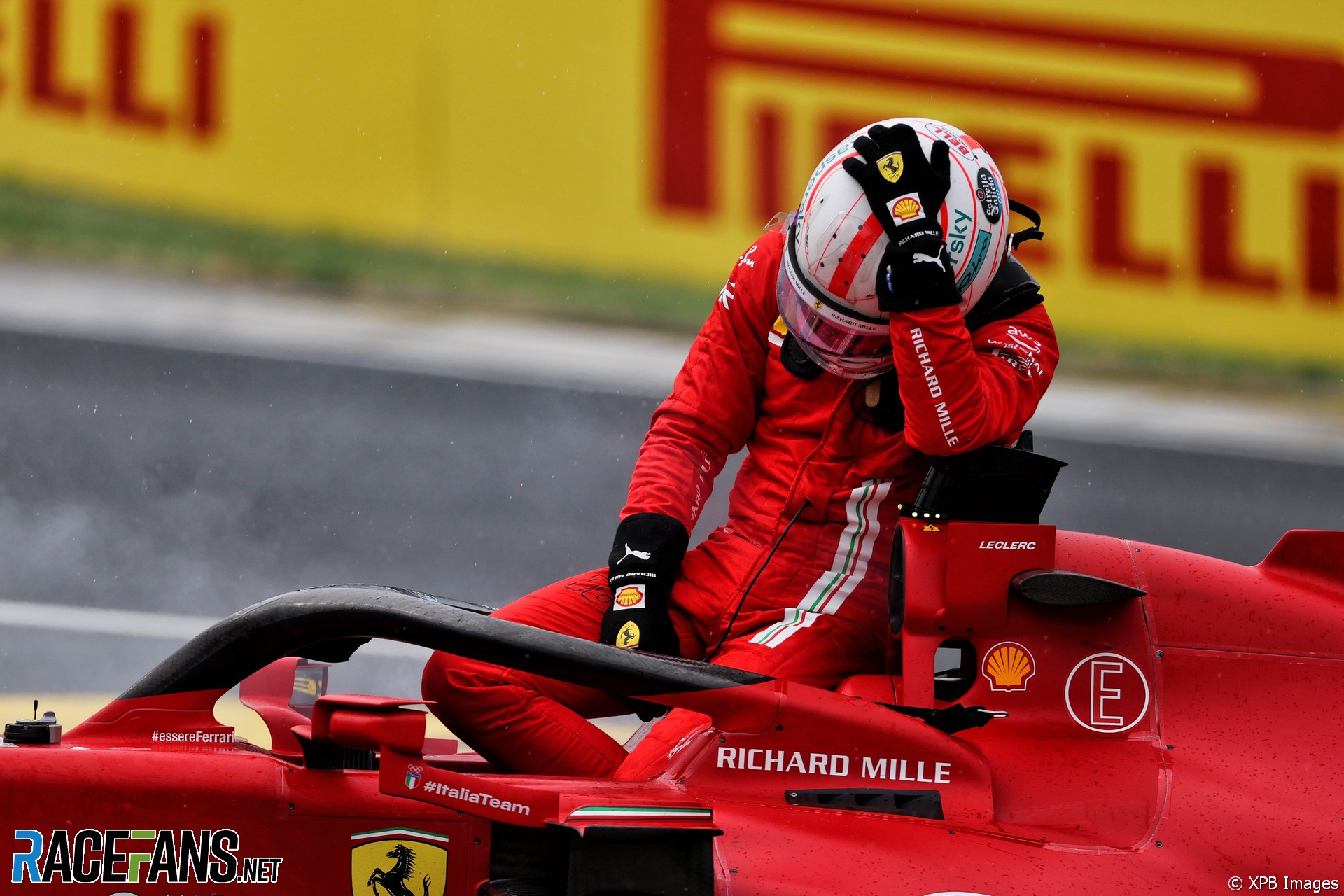 Ferrari team principal Mattia Binotto made his frustration clear after Charles Leclerc was taken out of the Hungarian Grand Prix on the first lap.

Leclerc was hit by Lance Stroll at the first corner. The stewards ruled Stroll was entirely to blame for the collision and gave him a five-place grid penalty.

“Certainly the accident at the start is a shame,” said Binotto. “Charles had a good start, was cautious, made sure that he was not damaging the car, he was in a good position with the first corner almost already concluded.

“But obviously the accident happened. I think [it’s] really a stupid accident, I don’t think that such things should happen, but that’s the way it is.”

Following his retirement Charles Leclerc described the crash on social media as a “bowling game”. He said Stroll made a significant error from a long way behind him.

“I know that sometimes small mistakes can have big consequences,” said Leclerc. “I think though this time it’s not really a small mistake.

“I couldn’t see Lance in my mirrors and he was five or six positions back. So it was quite unrealistic for him to try anything there.”

“Just challenging conditions, a lot going on, and it’s just a shame,” he added. “It was just really tricky, very slippery. I tried to avoid the cars in front of me, and it just was a disaster.”