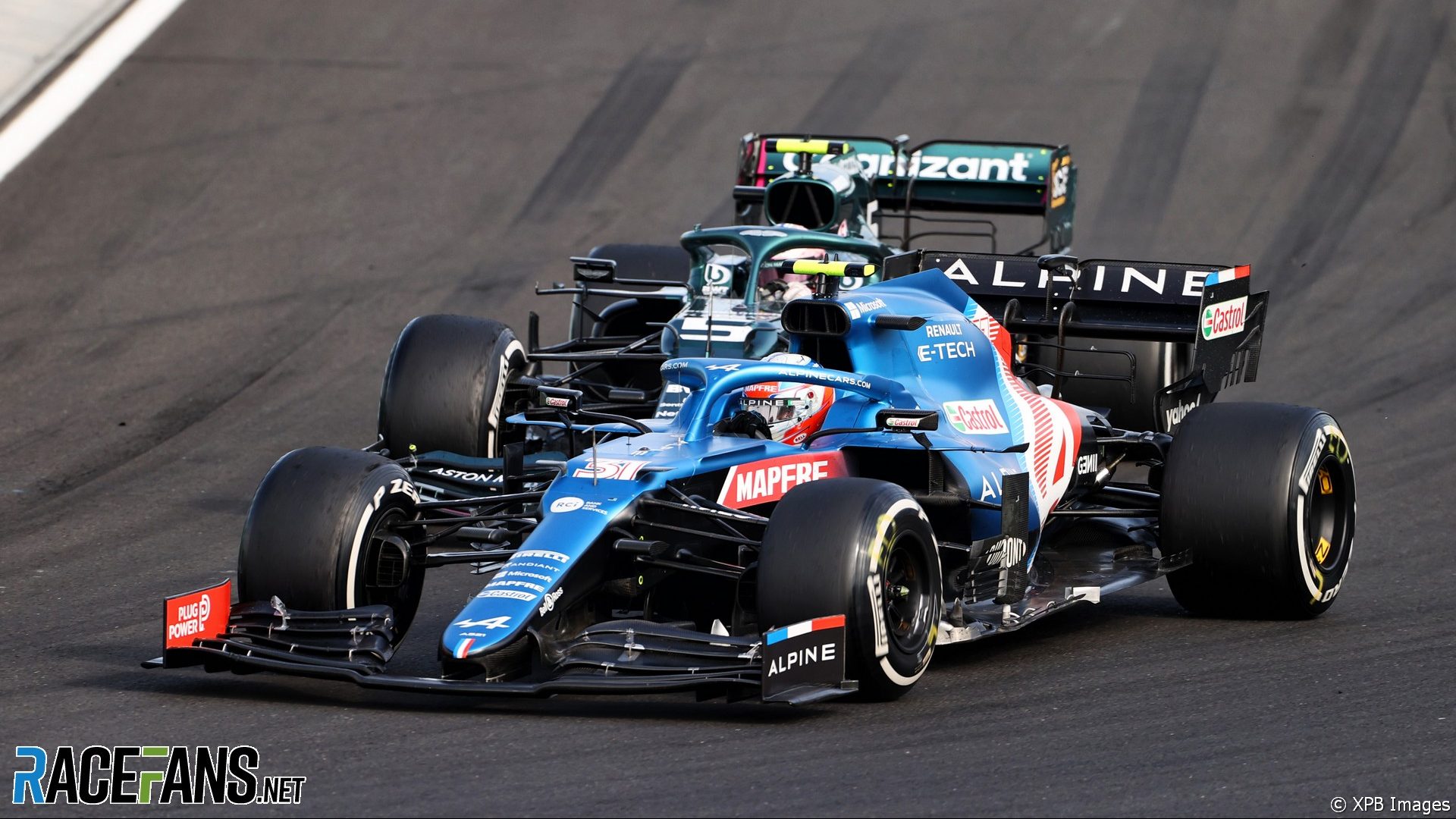 Fernando Alonso was praised for his spectacular, 10-lap defence from Lewis Hamilton which helped his team mate Esteban Ocon claim a shock debut victory in Hungary.

But Alpine’s sporting director Alan Permane said Ocon’s pace prior to his final pit stop was the other key to victory as it ensured the team was able to cover off the threat from Sebastian Vettel behind him.

Permane said it wasn’t until Ocon emerged from the pits ahead of Vettel following his final tyre change that they believed a win was possible.

“The first part of the race was making sure we came out on the second set of tyres in the lead,” said Permane. “And then from there the win was on.”

Vettel was within DRS range of Ocon for much of their first stint on slicks. But from lap 23 Ocon began to draw clear, and by lap 36 his lead was up to 2.6 seconds. That helped protect him from the threat of Vettel pitting first to get onto fresher tyres and passing via the ‘undercut’.

Ocon’s pace at this stage in the race was critical, said Permane. “What was really beautiful was that when we let him go, when we told him ‘okay, now you need to drive flat-out’ he pulled two and a half, I don’t know what it was, on Sebastian, two point eight seconds or something.

“That enabled us to just react to Sebastian. So we didn’t have to do anything until he pitted. We pitted a lap after, we came out in front of him.”

The gap Ocon built up made life easier for the team’s strategists, Permane explained. “[If] you pit first, you expose yourself to Safety Cars and all sorts of nastiness. There was two key things, there was that, and of course Fernando with Lewis.”

Permane said Alonso’s ability to withstand the pressure from Hamilton for lap after lap was “undoubtedly crucial” in securing the victory, given how quickly Hamilton caught Ocon and Vettel after passing Alonso and Carlos Sainz Jnr.

“If he’d got past in the first lap like he got past Carlos on the first time past, I’m sure Lewis would have been there [at the end].”

Alpine would have had to employ defensive strategies with Ocon had Hamilton passed Alonso sooner, said Permane.

“I think what we would have done is then just drop back a bit, gave Seb the DRS and use that to protect a little bit. But I don’t know if we would have held him off.

“Maybe. Esteban, don’t forget he [was] one of the last people [to pit], so he had very fresh tyres. He was in control in that last stint.”

Ocon’s radio messages prior to his last pit stop