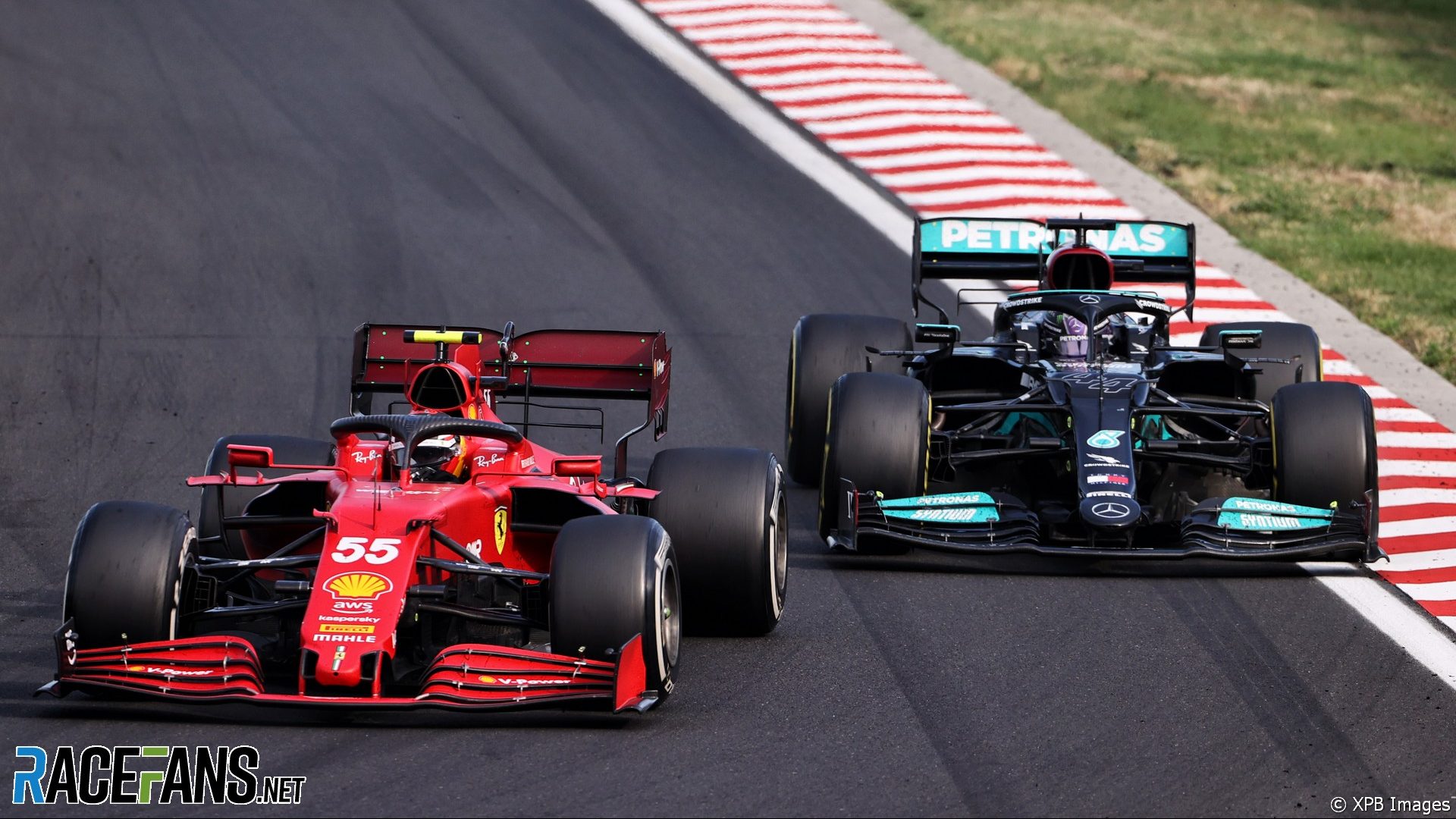 Following its disastrous 2020 campaign, Ferrari says it has halved its lap time deficit to the quickest teams in Formula 1.

The team slumped to its worst performance for 40 years last season, taking sixth in the championship. However it has begun 2021 in much better shape, as team principal Mattia Binotto explained.

Ferrari were over a second slower than the quickest lap time at the majority of races last year, and as much as two seconds away at some venues. They have taken two pole positions this year, but registered their least competitive performance last time out in Hungary.

Binotto admits their average deficit of seven-tenths of a second to Red Bull and Mercedes this year “is still a distance, it’s not negligible and we are fully aware of it.”

Ferrari will bring a power unit upgrade later this season aimed at further reducing that deficit. But Binotto says the team has gains to find in other areas as well.

“That 0.7 is not only coming from one single area. It’s a sum of various areas, certainly aerodynamics, power unit, overall systems on the car.

“That is another point which is important: I don’t think we are lacking only one area. Lacking only on one area would be even worse because then it means that you need to recover a lot in a single area, which can be more difficult.”

The team “strive to improve in all the areas”, said Binotto, who explained how Ferrari has also made significant progress with the competitiveness of its pit stops.

“I always consider that a good pit stop is below three seconds, what we call ‘to green’, so as well the driver leaving the pit [box]. It may seem a high number, three, but I always say that in a strategy it’s important to be consistent – not only fast, but consistent – because what’s destroying a race is sometimes you’ve got a problem and your stop may last 4.5, five seconds or six. That are the types of situation which are really difficult.

“Looking at below three seconds, so as well under pressure et cetera, we were P8 in terms of classification so there were seven teams doing better to us, today we are P2 so there is only one team that has done better than us in terms of percentage below the three seconds. So that are the numbers showing that as a team, as a car, overall, there are certainly improvements in 2021 compared to 2020 and the direction is encouraging.”

Ferrari’s improved performance has helped it rise to joint third with McLaren in the constructors’ championship. Binotto said this shows the substantial progress it has made.

“Last year we completed the season with 131 points. So we’ve got more points after the entire season last year. That certainly is showing big improvement.”

11 comments on “Ferrari has halved its deficit to top F1 rivals in 2021, says Binotto”