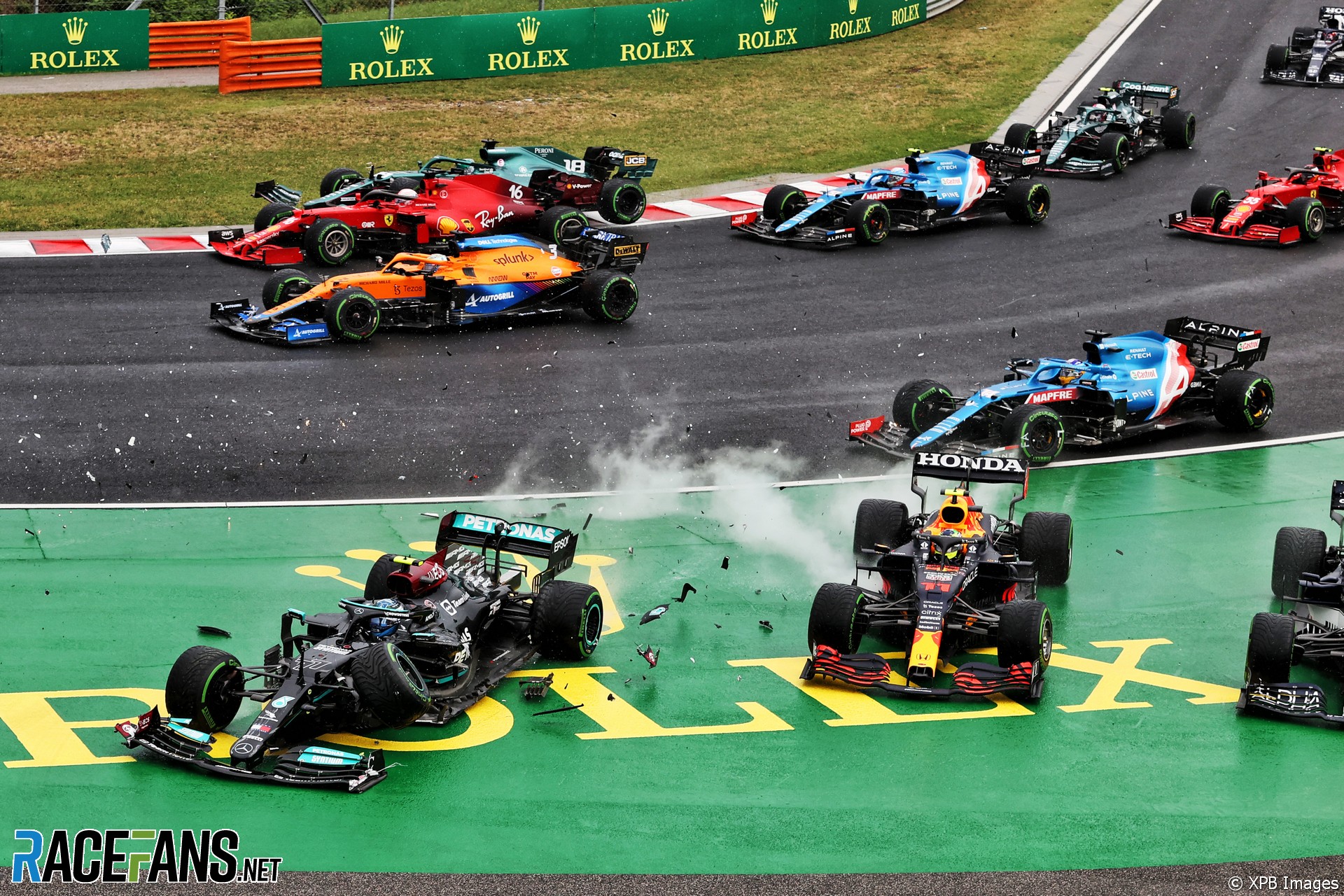 Valtteri Bottas and Lance Stroll said the grid penalties their received for their role in the first-lap crash in Hungary would be more compromising at other circuits.

The pair were given five-place grid penalties for the Belgian Grand Prix, as a consequence of the multi-car collisions at the start of the Hungarian Grand Prix which wiped out a quarter of the field and left others with damaged cars.

However Bottas said Spa is a less harsh track to take a grid penalty at, as overtaking is easier than at other circuits.

“On this track, the race pace is quite important if you compare qualifying pace versus race pace,” Bottas explained. “So we need to focus on that [in] whatever we do in practice, but not forgetting I still need to try and qualify well.”

The Mercedes driver, who is currently fourth in the world drivers’ championship and suffered three retirements in the first half of the 2021 season, said that if he had to be moved down the pack anywhere, Spa at least offers opportunities to recover during the race.

“I don’t want to start out of the top 10, for example, but out of all the tracks to have a grid penalty it’s definitely on the good side of the list because racing is good here,” he said. “You can overtake if you have the pace, so race pace is going to be the key.”

Stroll said his penalty “doesn’t really change much,” for his own race.

“I’m focussed on what I could do,” said the Aston Martin driver. “It’s a track that you can overtake on, so there’s still a lot of a lot of opportunity and a long race ahead.”