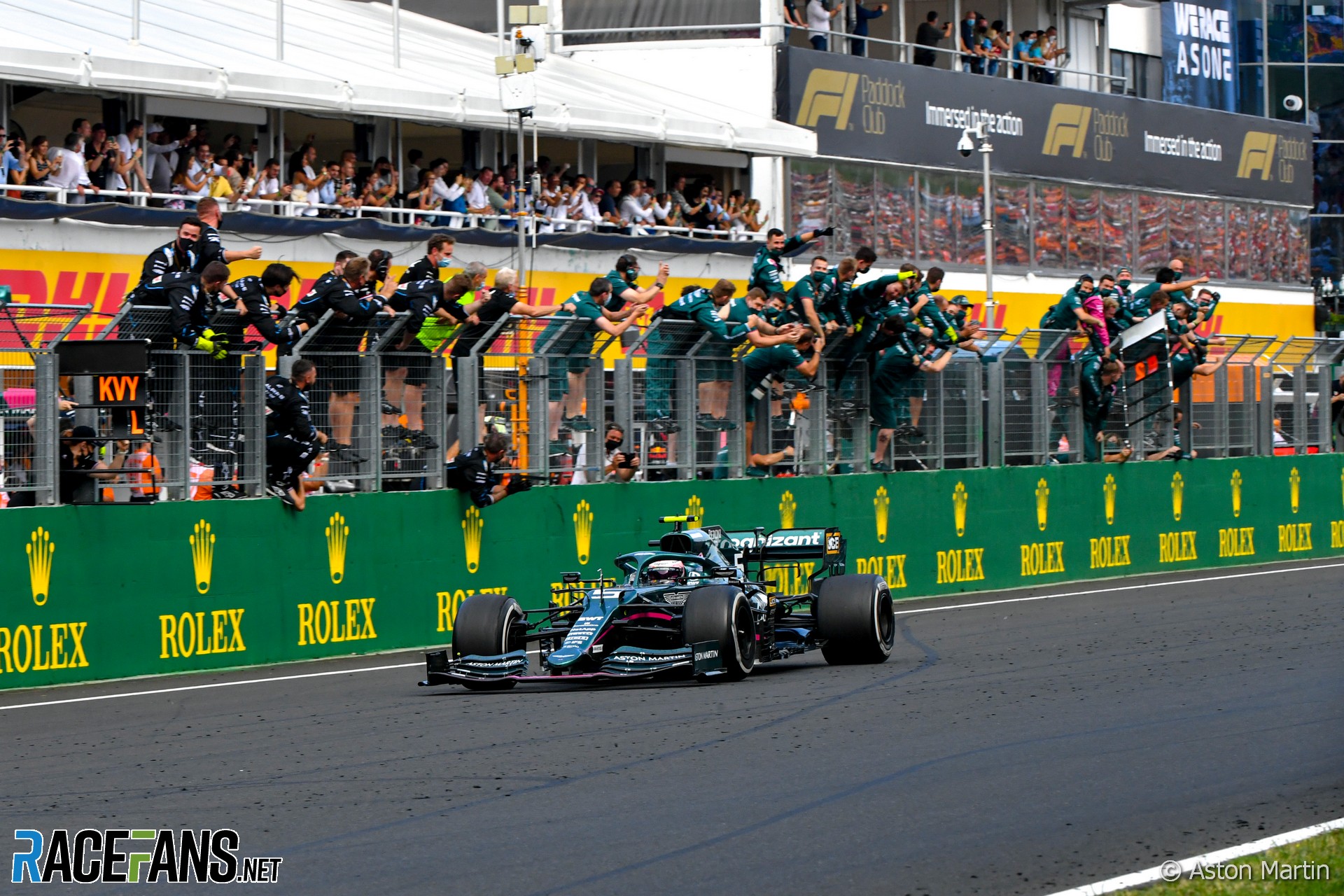 Sebastian Vettel accepted his disqualification from the Hungarian Grand Prix but admitted it felt “very bitter” to lose his podium finish.

The Aston Martin driver was stripped of second place after the team were unable to extract the required one litre sample of fuel from his car after the race. Although they initially insisted there was sufficient fuel in the car, further analysis revealed this was not the case, as some had been lost due to a leak.

Aston Martin, therefore, dropped its bid to appeal against Vettel’s disqualification, which cost him his second place.

“I guess rules are rules,” said Vettel. “Obviously we didn’t know we had a problem, to be honest. When we checked, the fuel wasn’t in the car and we got disqualified, but we thought it was in the car. I don’t know for the future whether there’s a better way to handle this, but I don’t think there was much that could have been done.

“So it’s very bitter because, first I think we did not have an advantage, second there was no intention or no way that we could actually explain that too little fuel was in the car. So something happened over the course of the race, a leakage or something that the fuel was simply wasn’t there anymore.”

Vettel would like to see the rules revised to avoid teams being disqualified for similar infringements.

“Looking back, I think it’s clear the rules are as they are and we got disqualified. Looking forwards, obviously it’s very bitter and I think in the circumstance that, obviously, I understand better because I was the one who suffered from it. You don’t wish that [for] anyone else to happen and it should probably have a little bit more tolerance.

“But what exactly you need to write down on paper in black and white, I don’t know, that’s for other people to come up with.”

The biggest blow for Vettel is the points lost in the championship, he said. “I was on the podium. It gets erased from the books, but it doesn’t get erased from your memory. And I think the team feels the same way.

“What hurts us most, as I said, is the points that we’re just not able to keep and to count at the end of the year.”