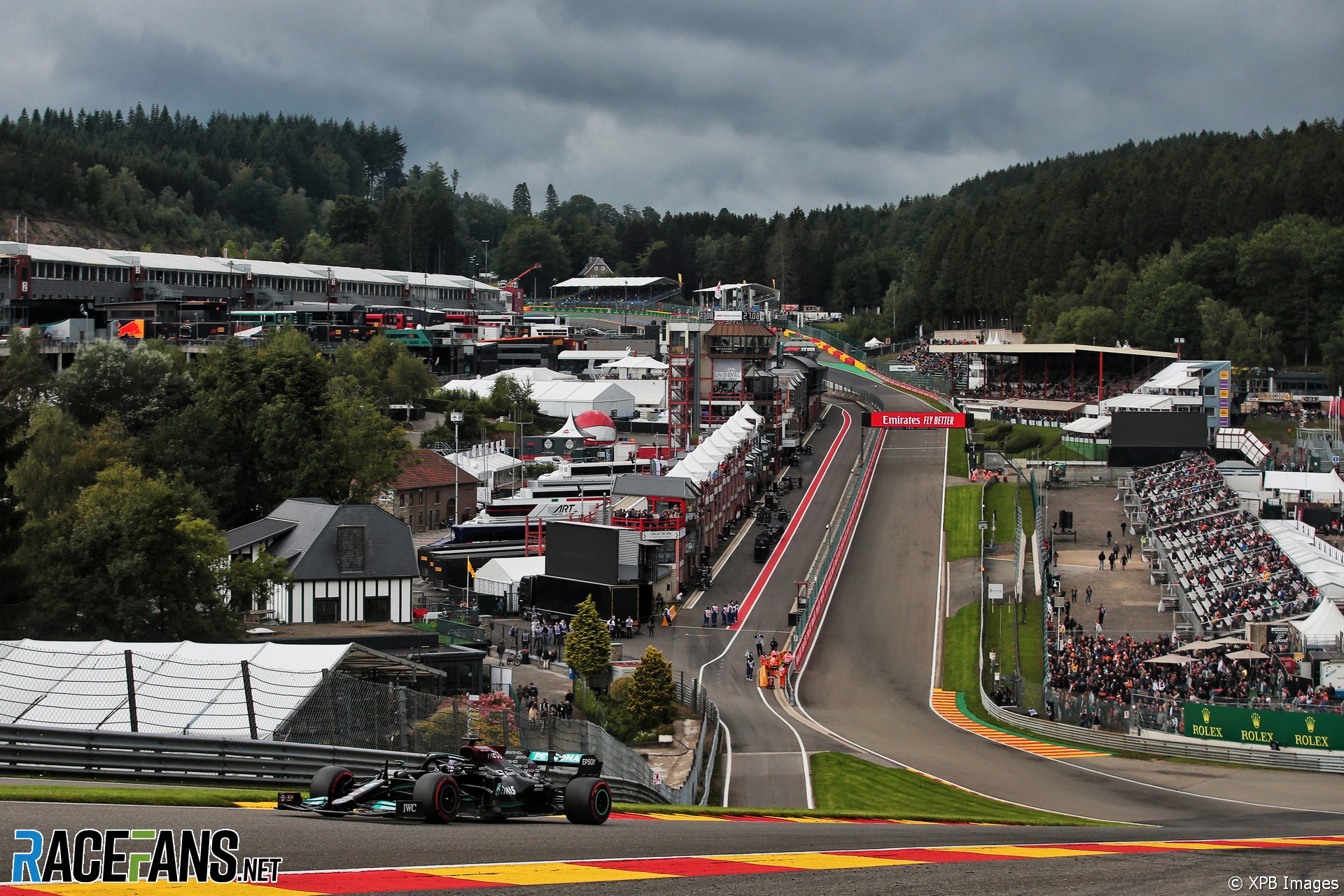 Lewis Hamilton suspects the recent heavy rain and flooding at Spa-Francorchamps have formed a new bump in the high-speed Eau Rouge sequence.

The Mercedes driver said he noticed a much more severe bump at the lowest point in the corner before the climb up through Raidillon.

“It’s very bumpy now through Eau Rouge,” said Hamilton after Friday’s practice at the circuit. “Something’s happened and they’ve kind of ruined it a little bit.

“I don’t know if they got a new patch there, but there’s a massive bump right at the compression point, which we’ve never had there before. It’s really sharp, you feel it on the backside.

“But I’m sure they’ll fix it. I think it’s something to do the mudslides, the rain or something like that.”

Mercedes experimented with different downforce levels on their cars during today’s practice. Hamilton languished in 18th place in the morning session, but ended the afternoon within a tenth of a second of pace-setter Max Verstappen.

Hamilton said he was grateful for an opportunity for some dry running in a weekend which is forecast to get progressively wetter.

“It’s been an okay day. The sessions are very short, so there’s not a lot of knowledge you’re gaining from the short time that you have. We’re trying to navigate the best way we can.

“At least it was dry for [second practice] so we’ve got some laps in. But the car wasn’t underneath me today so I’ve got to do some work tonight and try and figure that out.”