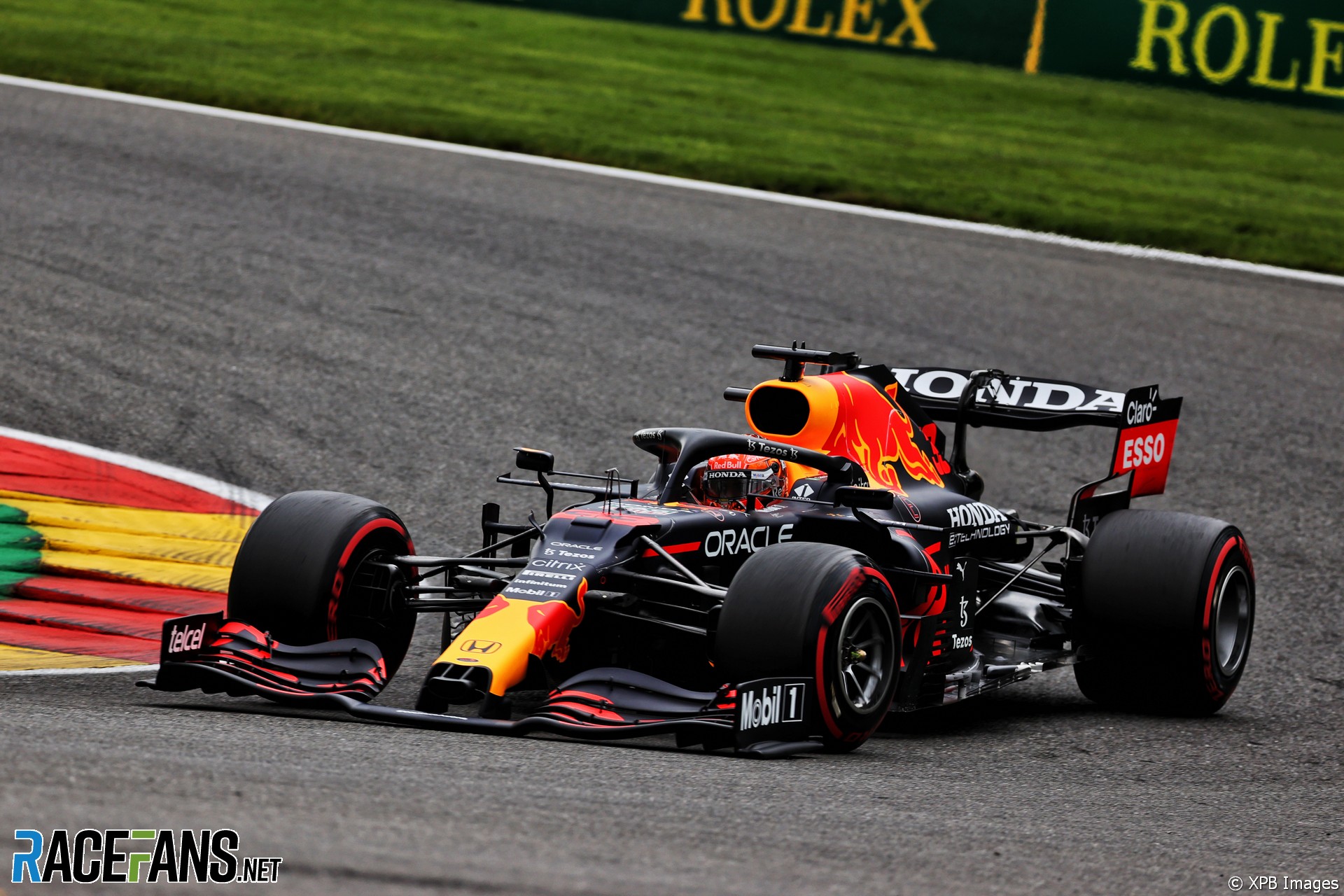 Max Verstappen led the way in second practice at Spa-Francorchamps but brought the session to an early end by crashing.

The Red Bull driver lost control of his car at the exit of Les Combes and went into the barrier backwards, damaging the right-rear of the RB16B. The session was red-flagged and, with just three minutes remaining, the decision was taken not to resume it.

Verstappen’s crash was the second of the afternoon. Charles Leclerc brought out the red flags at the same corner a few minutes earlier. Both drivers were uninjured in their crashes.

The session was declared wet at the start, with drivers once again tentatively going out on track to assess the conditions. Valtteri Bottas and Lando Norris tried intermediate tyres initially but both said the conditions were dry enough for slicks.

Norris was the only car out on track for much of the first ten minutes but, as with the damp morning session, the mid-part of practice got considerably busier. Bottas led the majority of qualifying simulation runs but Verstappen set the quickest time right at the end of cars’ fastest runs. The Mercedes drivers had no answer, but they got close, both ending the session with a tenth of a second of the Red Bull.

Lewis Hamilton, who had been well adrift of team mate Bottas in the morning’s times, was much closer this afternoon. Red Bull chose to run different set ups on their two cars, which may explain the gap between Verstappen and tenth-fastest Perez.

Along with Verstappen and Leclerc’s crashes, Esteban Ocon had a spin at Fagnes which saw the Hungarian Grand Prix winner end up facing the wrong way on track. Ocon was able to continue and only damaged his tyres, though he was narrowly missed by Sainz, who followed him through the corner.

Despite Ocon’s spin both Alpine cars again looked strong in the session with Alonso getting the edge over his team mate. Aston Martin also got both their drivers into the top 10 while Gasly and Norris were their teams’ only representatives in the top half of the field.

48 comments on “Verstappen quickest, then crashes in second practice”