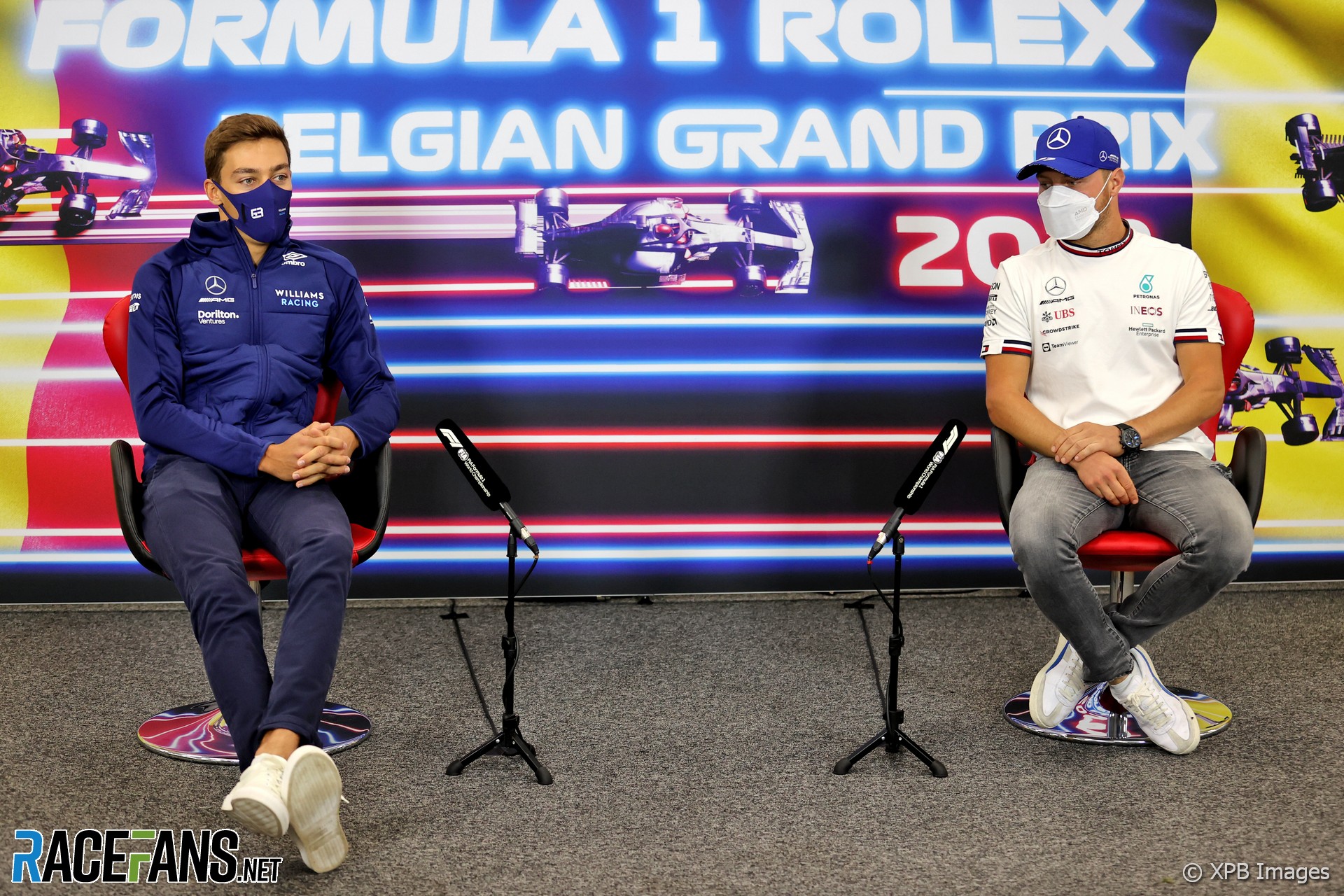 Toto Wolff confirmed Mercedes have made their decision over who will partner Lewis Hamilton at the team next year.

Current driver Valtteri Bottas and Mercedes junior George Russell, who races for Williams, have been in contention for the seat.

After Russell stunned by securing a front-row start for Williams in qualifying for the Belgian Grand Prix, Wolff confirmed for the first time that the team has finally chosen who will race alongside Hamilton during the 2022 season.

Asked after qualifying if Mercedes had indeed already made their decision on their line-up for next season, Wolff simply replied: “yes”.

“There are pros and cons like with any driver line up, and at the end there is no such thing as a perfect discussion. But we just need to manage the situation well with whoever driver is not going to be in a Mercedes next year. Make sure that there is an exciting programme and on the other side manage the situation internally, like we’ve always had with Nico [Rosberg] and with George.”

Bottas has partnered Hamilton at Mercedes since joining the team in 2017, following Nico Rosberg’s shock retirement when he won the world championship at the end of the 2016 season. Bottas was almost two-and-a-half second slower than Russell during today’s session, securing only eighth place which will become 13th on the grid for tomorrow’s race after his five-place grid penalty for causing the opening lap collision at the Hungarian Grand Prix.

Despite Russell securing his first points of the season at the previous round and taking a surprise front-row start for tomorrow’s race, Wolff says that today’s result will not affect the decision Mercedes have made for the future.

“Today doesn’t make any difference,” he said. “I think we know what we have with George, he has been outstanding in the junior categories. He’s been outstanding at Williams, he’s been outstanding when he jumped in in Bahrain. And if I needed to have that ultimate proof, then something would have been wrong. But it’s not down only to the decision. It’s also considering other factors.”