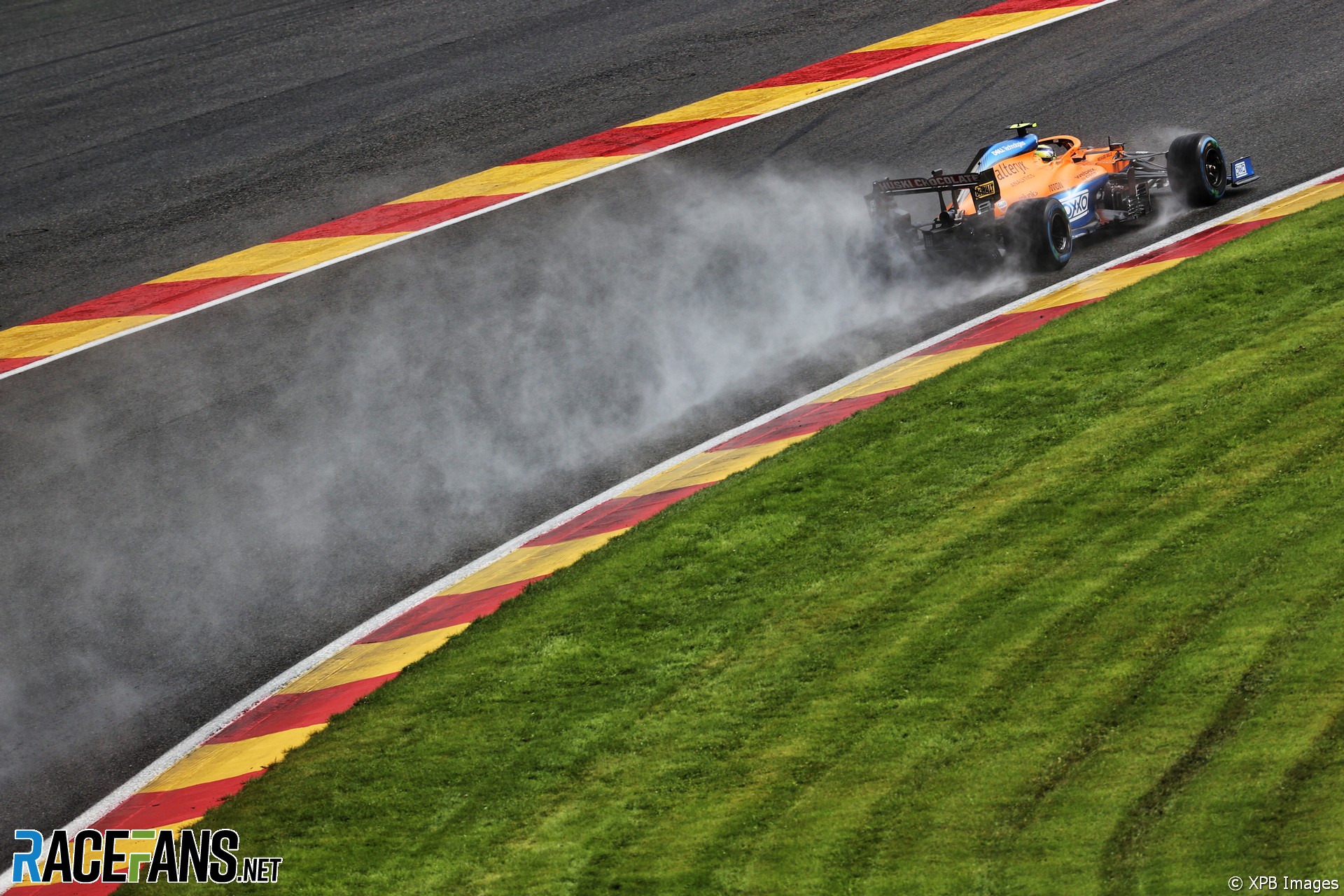 Qualifying for the Belgian Grand Prix has been red-flagged after Lando Norris suffered a heavy crash as rain fell during Q3.

Norris hit the barrier on the inside of the left-hander at Raidillon after losing control of his car while climbing the hill from Eau Rouge. His McLaren suffered heavy damage to the left-hand side and rear, though Norris was able to get out of the car by himself. He was taken to the medical centre for checks.

The McLaren driver had been quickest in both the first two parts of qualifying in wet conditions. However the rain began to fall more heavily as Q3 began.

Norris was quick to leave the pits on a set of full wet weather tyres. Others headed out as well, including Sebastian Vettel, who said on his out-lap the session should be red-flagged due to the volume of water on-track.

Norris also described aquaplaning after leaving the pits but continued on to begin a timed lap. However the car snapped away from him as he left Eau Rouge, and spun towards the barrier at the top of the hill.

The session was immediately red-flagged. Vettel was told of Norris’ crash as he approached the scene and made clear his unhappiness that the session hadn’t been stopped.

“What the fuck did I say?” Vettel fumed. “What did I say? Red flag! Unnecessary. Is he okay?” Vettel stopped by the crashed McLaren and exchanged thumbs-ups with Norris before proceeding. “He’s okay,” said Vettel.”

“Sorry boys,” said Norris on his radio. “We should have had a good one there. I let you down, my bad.”

The session is yet to restart. The beginning of qualifying had already been delayed by 12 minutes due to rain.