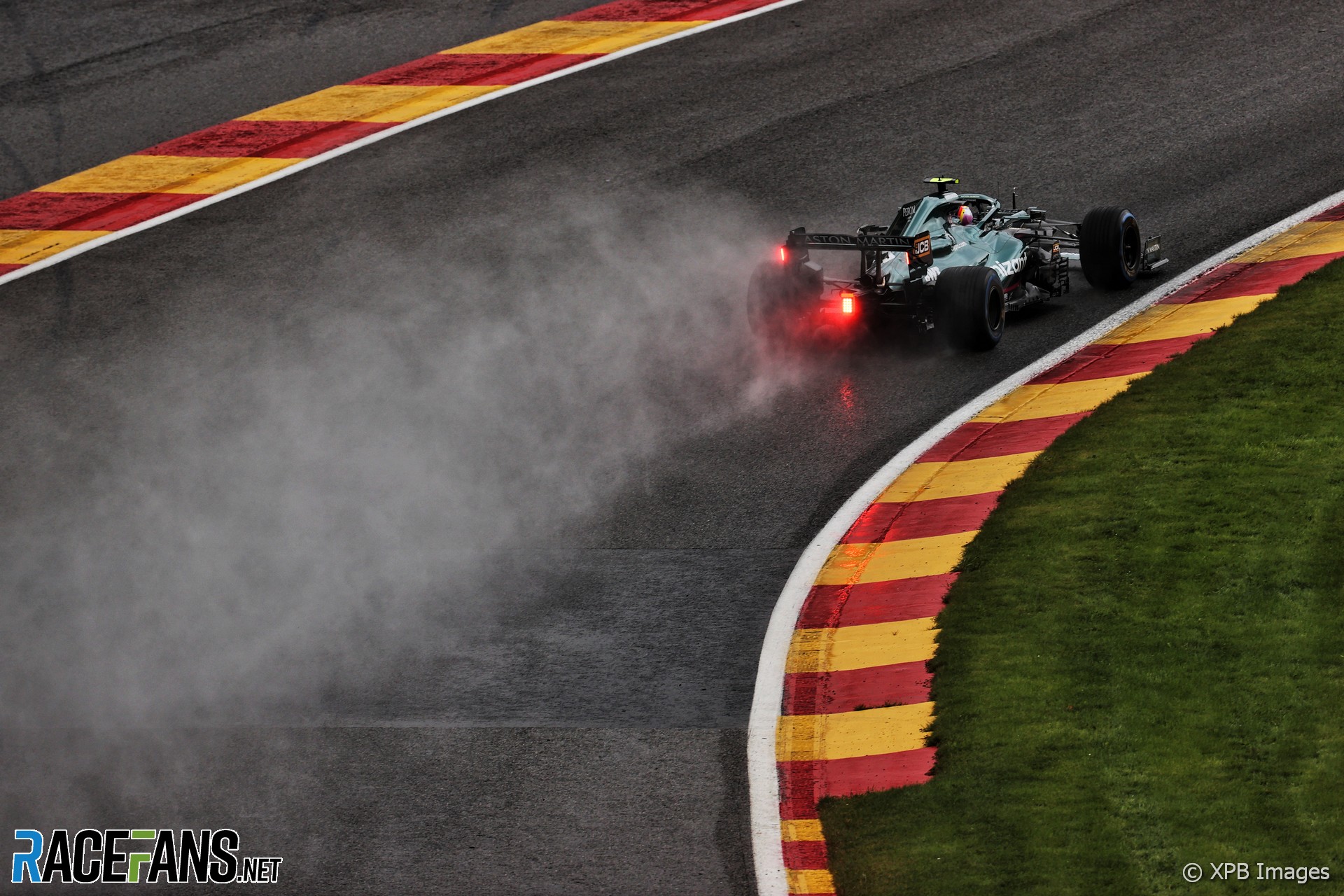 Sebastian Vettel says it was clear from the beginning of Q3 that it was too wet to start the session, and F1 was lucky Lando Norris’s subsequent crash wasn’t much worse.

The McLaren driver crashed heavily at the beginning of Q3 as rain fell heavily at the track. Vettel had already said on his radio that the session should be red-flagged after seeing how much water was on the track at Eau Rouge and the Kemmel Straight. Norris lost control of his car as he climbed from Eau Rouge to Raidillon.

A furious Vettel was heard criticising the decision not to stop the session on his radio. He said it was a “massive” relief when he pulled over by Norris’s crashed car and saw he was not seriously hurt.

“There was all bits and I didn’t know if he’s okay. So I didn’t think – I just stopped because I wanted to see if he gives me a thumbs-up, to see whether he’s conscious.”

Although his warning was not acted on, Vettel said he does believe race control pays attention to what drivers say about conditions during sessions.

“We are feeding it back as a team to the race control. But there’s a lot of drivers, and lot of teams so there’s a lot of radio and you cannot be listening to everybody every time,” Nonetheless he stressed, “it’s clear that they should not have gone green.”

“It’s always easy afterwards,” Vettel added, “but the main thing is that we learn from what happened. It could have been a different outcome with the crash. So we got lucky that nothing happened.”

Sergio Perez also believes the conditions at the start of Q3 were so poor the session should have been red-flagged, but said it was not an easy decision for race director Michael Masi to make.

“It was very hard, I have to say, for Michael to judge the conditions given that going into Q3, it’s raining on the main straight but it’s not raining at the back.

“When I left the garage going into Q3 for the first time it was clear that it was too wet, that it was already probably a bit too late. But I have no problems with them.”