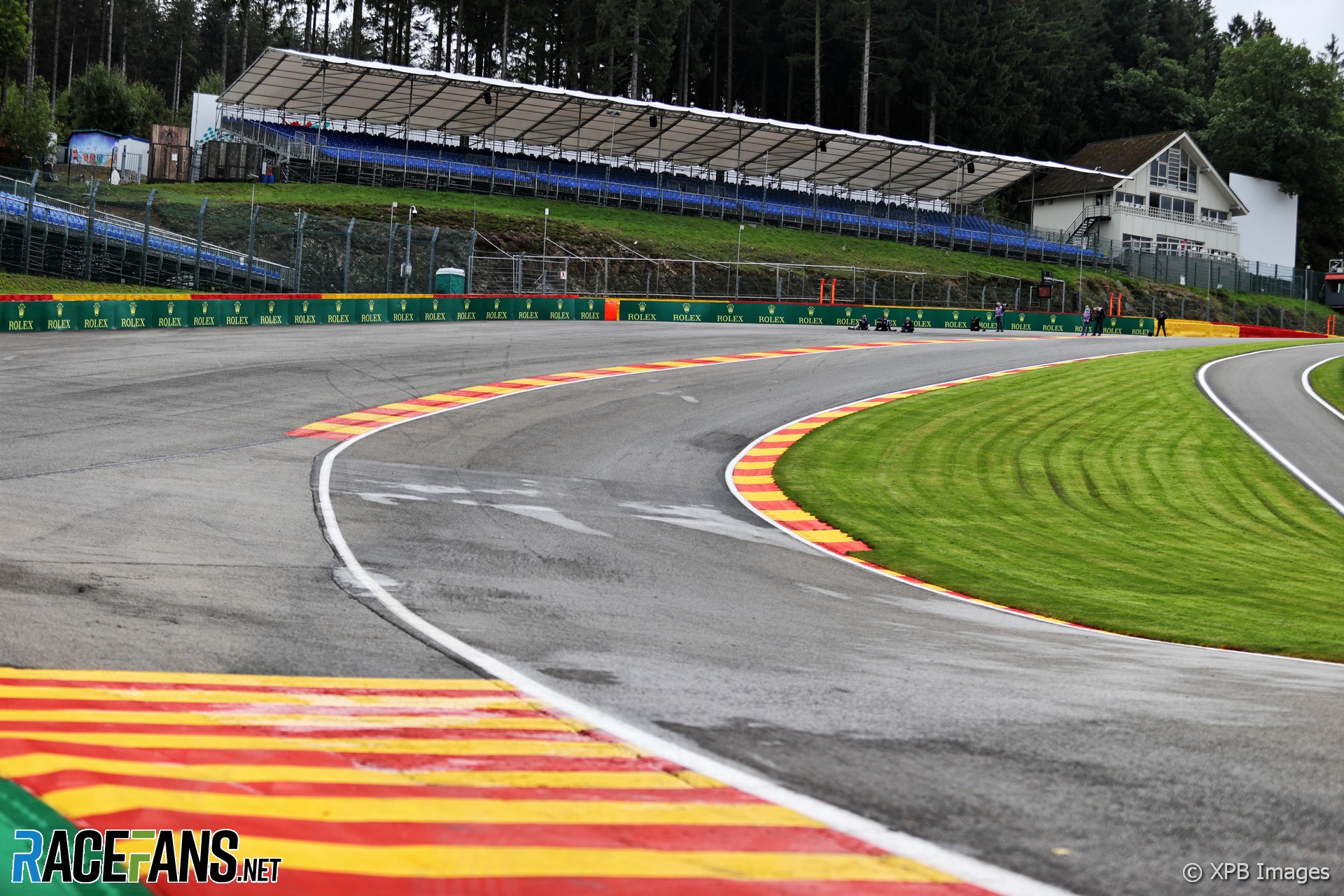 The risks posed by the narrow run-off bordering the Eau Rouge and Raidillon sequence were clear before the Belgian Grand Prix weekend began.

But in the two days’ of running prior to this afternoon’s race a series of crashes have made it inescapably obvious why drivers in F1 and other series have raised concerns over it.

First there was the shocking six-car pile-up during qualifying for the W Series race. Then Lando Norris smashed his McLaren hard into the Raidillon barrier. Both crashes sent drivers to hospital for checks, though all thankfully avoided serious injury.

In both cases’, the drivers’ responsibility for the crashes was diminished by the fact grip levels were deteriorating due to rainfall. The W Series drivers were caught out when rain fell on a dry track, causing a series of them to spin off in near-identical fashion, piling into each other as some bounced off the Raidillon barrier. Norris, driving an F1 car in conditions which reached the tipping point between ‘very wet’ and ‘too wet’, hit the barrier with far greater force and his wrecked car was thrown violently across the circuit.

The latter scenario is what makes the Raidillon sequence especially dangerous, as shown by the third such crash of the weekend. This occured in the subsequent Formula 3 race when Hunter Yeany and Amaury Cordeel attempted to pass through the sequence side-by-side.

The pair spun, and around a dozen cars behind them were forced to take evasive action. The outcome could have been disastrous, as past crashes have shown. Mercifully, Yeany was missed by his rivals, and although Cordeel was collected, Calan Williams had scrubbed off a lot of speed before hitting him.

However drivers have been concerned about spinning cars being collected by rivals at this point on the track for many years. It was in similar circumstances that Anthoine Hubert was killed in a crash two years ago, and that Jack Aitken was injured in a shocking Spa 24 Hours shunt earlier this year.

Formula 1 drivers were therefore eager to learn of the plans to revise the run-off at the corner ahead of next year’s race. “I was the first driver to ask in the drivers meeting yesterday, seeing what was going to be at the next [race] because I was not aware of any changes yet,” said Alpine’s Esteban Ocon on Saturday.

“We’ve seen too many crashes. We’ve seen obviously Anthoine in 2019 but we’ve seen Jack this year, we’ve seen W Series, I mean, it just keeps going. So we need to do something to make that corner safer.”

Ocon said drivers “respect this corner, knowing how dangerous it is”, but the narrow run-off leaves little room for them to avoid being collected if they hit the barrier.

“The run-off at these speeds is too close. And basically the danger is for the car to bounce and go back on the track like it did today, it crossed the track again.”

While the configuration of the corner is expected to remain unchanged, drivers have been shown plans to extend the run-off area at the top of the hill. “Things are going to be taken in place, moving the mountains on the left, going maximum further on the right,” said Ocon.

“I’m looking forward to see how the construction is going to go,” he added. “It’s going to help for sure.”

Sergio Perez echoed Ocon’s thoughts. “We are very concerned about the corner – basically when you hit it, how it sends you back to the track and it’s a blind spot.

“So I really hope to see some solutions for next year. It’s something that we will definitely have to improve because with conditions like today, if we have a wet race tomorrow, it’s not a great place for drivers to have contact.”

However Fernando Alonso, one of the most experienced drivers on the grid, sounded a note of caution, stating it will be impossible to completely eliminate risk from Formula 1.

“We’ve been racing with this configuration for many years,” he said. “We know that it’s a high speed corner and we had some some important accidents, it’s true.

“But I think the FIA is aware of this. We’ve been introducing new devices in the car, new reinforcements in the car. Now they plan to change the barrier on the inside, so there is a continuous working on safety. So that’s very welcome from a driver’s point of view and we all like these efforts.

“But it’s going to be always a motorsport challenge. Zero risk we will never reach, probably. But we are going in the good direction, that’s for sure, so I’m happy.”

30 comments on “After a weekend of shunts, F1 drivers welcome plan to change Raidillon run-off”