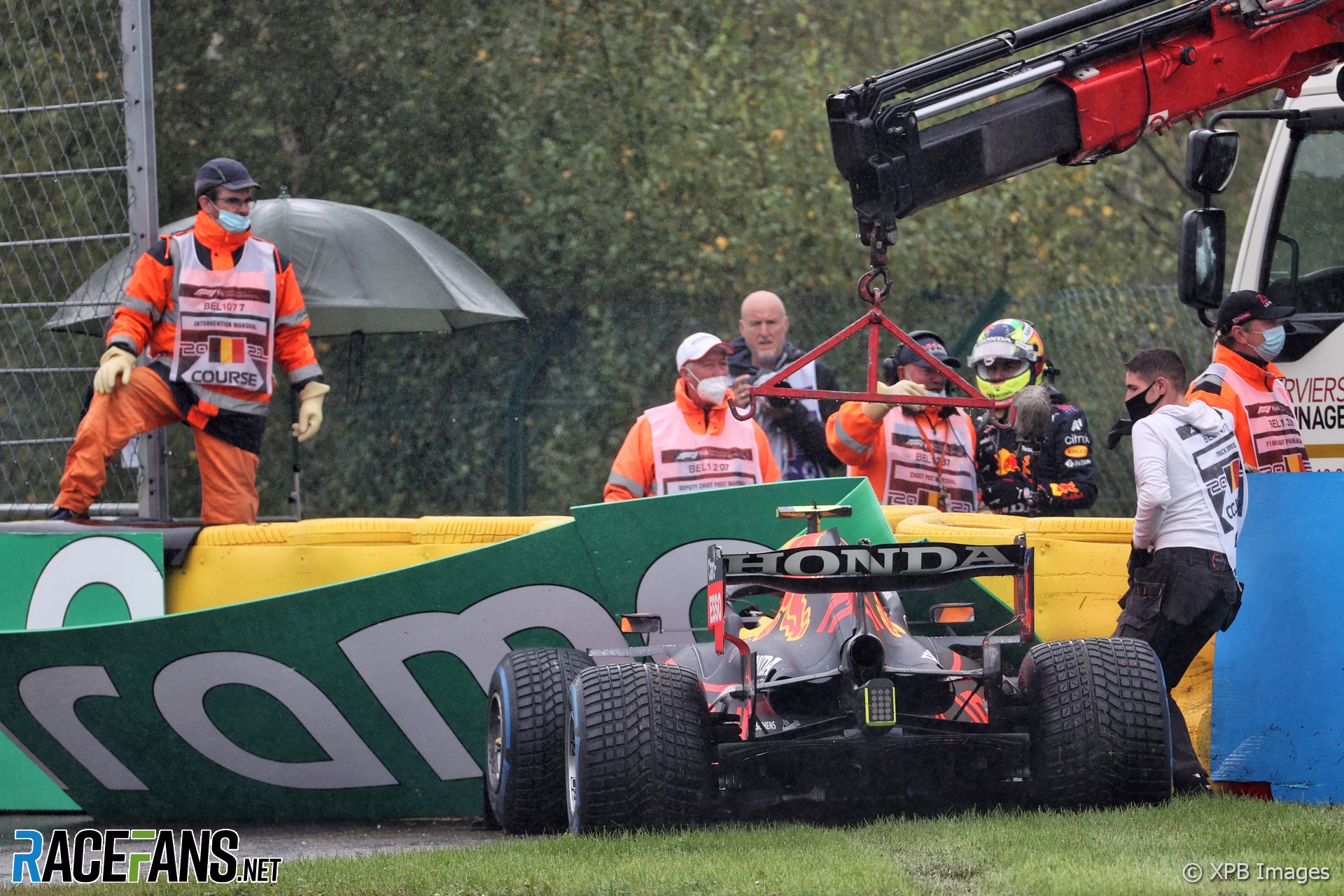 Sergio Perez will be unable to start the Belgian Grand Prix after crashing in wet conditions during the reconnaissance lap.

The Red Bull driver lost control of his car in the Les Combes complex. He ran over the kerb in the turn six left-hand and slithered into the barrier on the outside of the corner.

The impact caused heavy damage to the front-right of the car. Perez tried repeatedly to drive away away from the crash scene, in the hope of getting his car repaired before the start, as Max Verstappen did in Hungary last year.

However the damage proved too great and Perez climbed out of his wrecked car. “The right front suspension damage is too extreme for us to continue,” team manager Jonathan Wheatley told race director Michael Masi.

“Obviously it’s very disappointing not being able to take the start,” team principal Christian Horner told Sky. “It just shows how tricky the conditions are out there.

“He reported he couldn’t really see anything and unfortunately the car just got away from him. It’s a great shame for Checo and the team not to be starting the race.”

The crash leaves Red Bull with a single car in the race. Verstappen will start from pole position.

“For Max it doesn’t really change anything for him and his approach,” said Horner. “But obviously it’s pretty nasty conditions out there.”