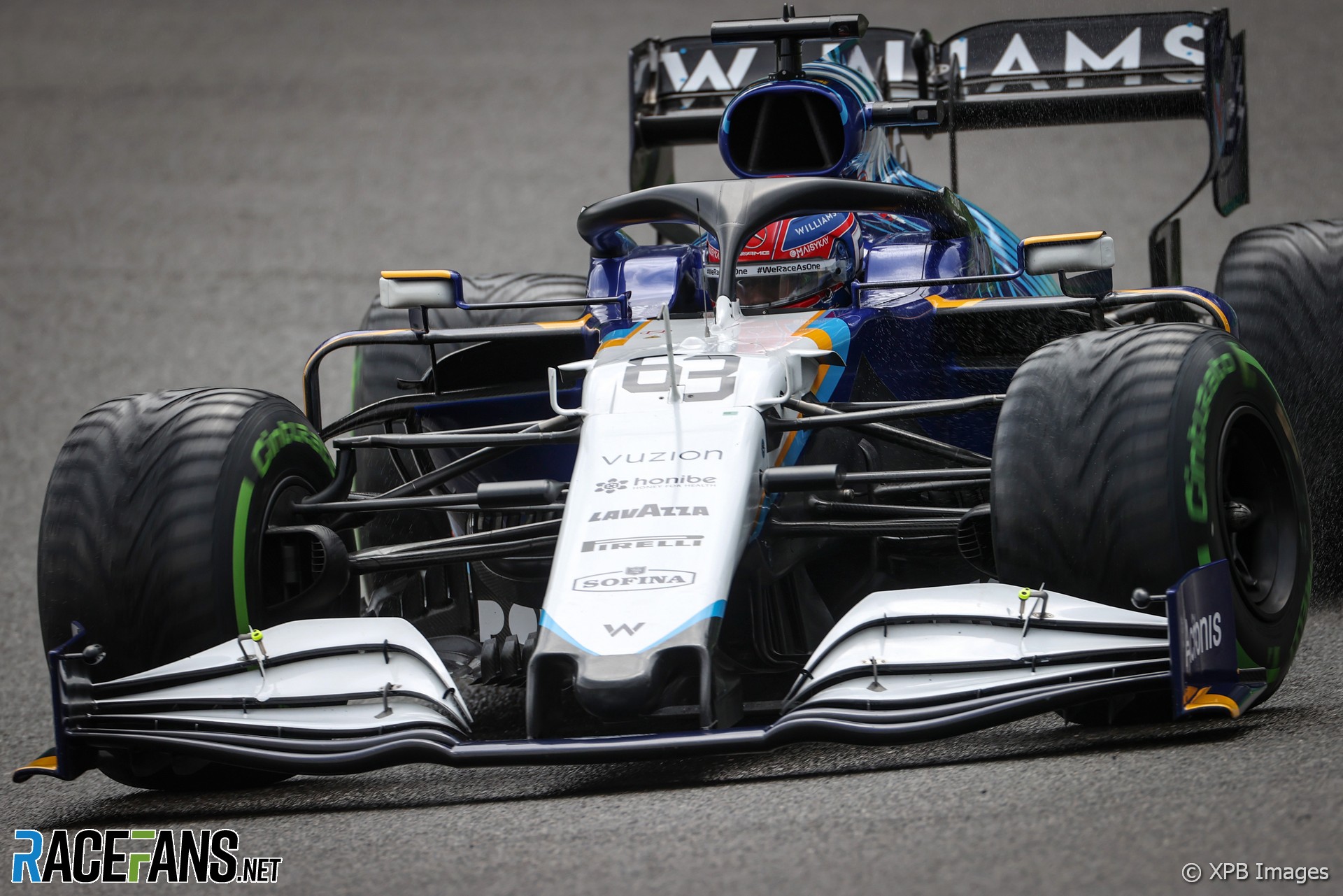 George Russell’s qualifying performance at Spa-Francorchamps was made all the more remarkable by the relatively poor pace his Williams team displayed earlier in the weekend.

In the little dry running which took place at Spa prior to qualifying, Williams ranked ninth of the 10 teams, leading only Haas, whose unbroken streak of bringing up the rear in 2021 goes on.

Red Bull set the pace in dry practice, with championship rivals Mercedes just four-hundredths of a second behind them. But all 10 teams were at least two seconds per lap slower than they were last year, due to the aerodynamic changes and limited dry-weather practice running this year.

Williams may well have proved slightly more competitive had qualifying taken place in the dry, as Russell has made a habit of producing impeccable Saturday performances this year. But this is hardly an unusual result for them – it’s the eighth time in 12 races they’ve ranked ninth among the teams.

The quickest pace set this weekend, by Max Verstappen’s Red Bull, was the slowest since Formula 1 introduced its current aerodynamic regulations in 2017. The cars being produced to the new regulations for the 2022 F1 season are expected to be a step slower than this year.