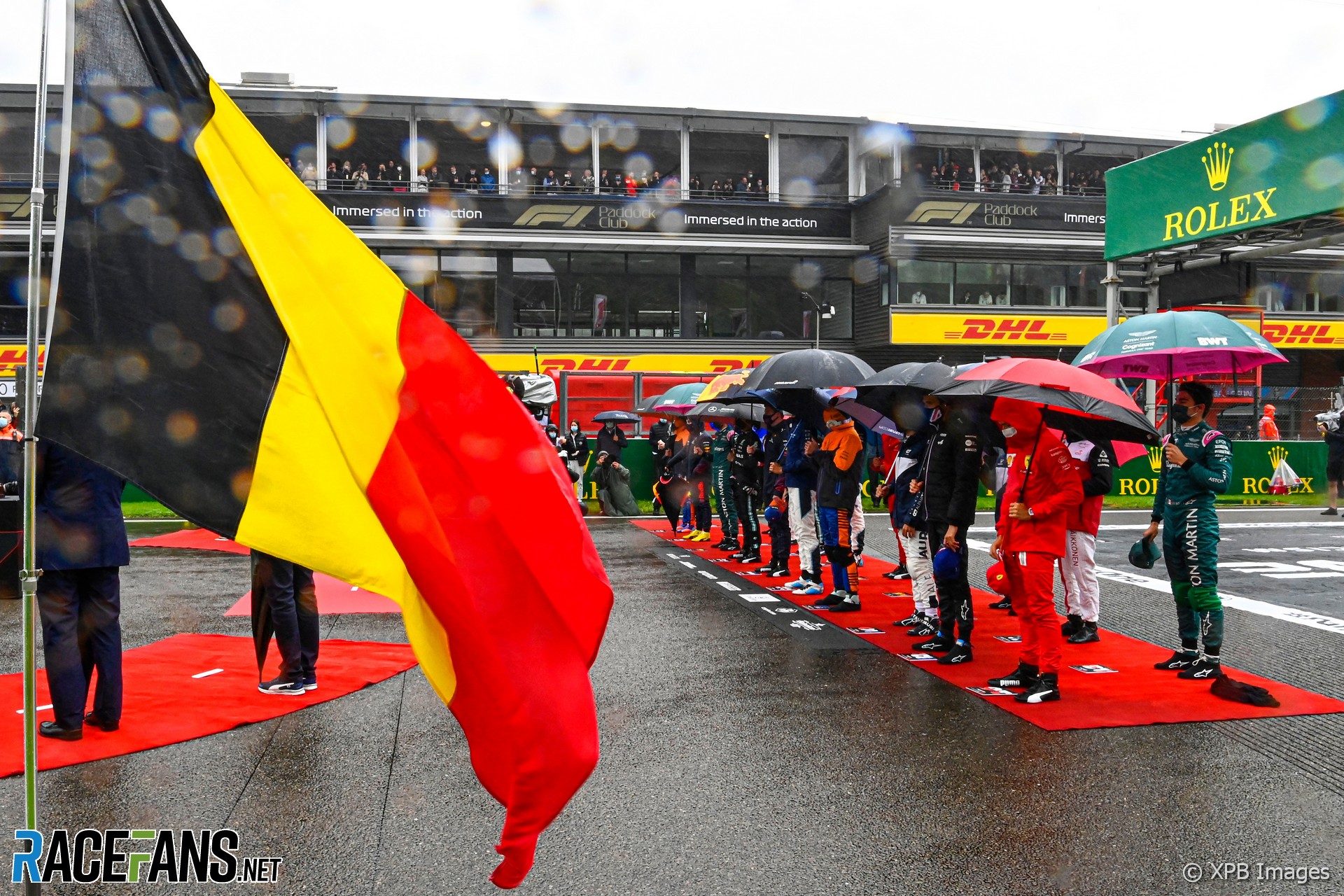 Formula 1 fans at Spa-Francorchamps were poorly served by their sport and television viewers were misled by speculation yesterday’s doomed race could have been postponed to Monday. Dieter Rencken brings his insight from the paddock after a farcical Belgian Grand Prix.

‘The best laid plans…’: Despite having factored in an additional 30 minutes over Friday’s travel time into the commute to Spa, the local police direct me off F1 personnel-only side roads as I allegedly had the “wrong pass” – one which had been acceptable on Friday and, as it turned out, would be so on Sunday – and straight into traffic. Thus, what had taken an hour on Friday (and Sunday) extends to well over double that. A portent?

I hear similar tales of woe from colleagues, yet others experienced no issues. Clearly it’s a matter of training of local officials about the complexities of F1 car passes which range from service supply passes through the full team spectrum to media and VIP – plus, of course, designated passes for each spectator parking area and/or zone.

However, having received information on the final leg of F1’s 2021 calendar from a source late Friday evening and checked out finer details from the car, I make it to the media centre in time to share the news ahead of official publication – but it’s close. Thereafter I busy myself with rebooking of flights and hotels before team folk get around to it. For freelancers every cent counts, and fees easily quadruple once dates are confirmed. 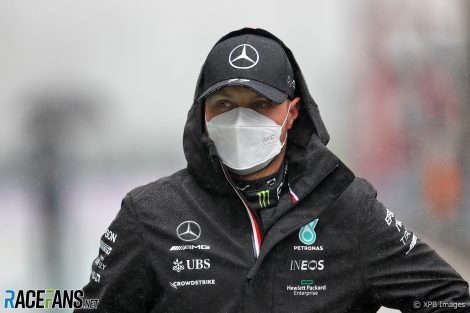 I planned to head for Eau Rouge for FP3 but my request for a journalist tabard is denied as I would need to pass through public areas, in breach of the Covid code. For trackside snappers it is different as they are in different bubbles, and do not access the paddock. All in, a massive downer as I seriously looked forward to savouring the sight of Max Verstappen and Lewis through that most iconic of corners, on full wets.

The incessant rain also means face-to-face contact with sources is difficult as team folk obviously huddle indoors, and under Covid the media is forbidden from entering hospitality units. Still, some sources are prepared to endure the wet to chat.

I hear Alfa Romeo will announce Valtteri Bottas – as revealed here in early July – as Kimi Raikkonen’s replacement on home soil in Monza; hence delays in confirming George Russell at Mercedes. This ties in with two recent comments from Toto Wolff: that Mercedes has taken its final decision and will confirm its 2022 line-up in September.

That said, I am somewhat surprised when Williams CEO Jost Capito later tells me that if a decision has been taken about his driver’s future he has not yet been informed. More to come from him later this week.

During qualifying I toy with betting on George Russell for a top-three grid slot, but not being a betting man I refrain – to my subsequent disappointment. 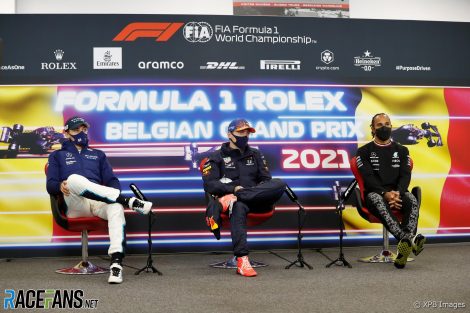 Still, he drives a stonking session to take second and at the press conference I ask Lewis Hamilton, who’s been lukewarm about welcoming the Williams driver as potential team-mate, whether he revised his opinion after the Williams star pipped both Mercedes drivers despite inferior equipment.

“I don’t feel any different,” Hamilton tells me. “I mean, George has been doing a great job all year. This just doesn’t really change anything.

“I’m sure he’s got pressure on him just as Valtteri does to do the job. And it’s great to see him delivering. I can’t fault him for it.”

A British media colleague later remarks on the world champion’s stony look. “That sure was said through gritted teeth.” The performance was probably the worst 32nd birthday present Valtteri could have wished for, we agree.

Departing the circuit at 7pm is the work of a moment as there is little traffic about on account of fans leaving immediately after qualifying to escape the rain – with most heading to their by-now muddy camping sites. Being a fan at Spa sure can be masochistic, and it won’t get any better on Sunday.

With no difficulties commuting to the circuit I’m in the media centre by 9am and busy myself with visa formalities for the upcoming Russian and US Grands Prix, then prepare for the day.

I notice none of the paddock shuttles that transfer us mere mortals are no longer Mercedes V-Class minibuses as in the past. In Spa Renault SUVs are in use – no issue as the brand is represented in F1. However, high-rollers who daren’t get their Jimmy Shoos wet are ferried to/from the Paddock Club in Volvos and KIAs – brands foreign to F1 – and I decide to investigate this extraordinary slap in the face for F1’s brands.

It turns out Mercedes stopped supplying shuttles last year but it had gone unnoticed as Covid meant bans on such services until this event – golf carts ferried the media in Budapest. However, this year Mercedes took its policy a step further and no longer supplies race control or VIP shuttle vehicles save for the (now red) safety and medical cars at 50% of events, with Aston Martin servicing the balance of races.

The promoter now sources vehicles from wherever, and thus it is not inconceivable that Mercedes VIPs are ferried to their $5,000 hospitality suites in a KIA Niro.

Some readers have asked why so little culinary information appears in recent diary editions. Simple: due to Covid we no longer enjoy (much appreciated) team hospitality, so are fuelled by media centre fare. This varies from ham and/or cheese baguettes and slot machine coffee (Monaco) to full three-course meals in Austria. In Spa we are served a variety of local delicacies, including ubiquitous waffles. Much appreciated even without frites.

As race start time nears it is obvious that the event faces massive disruption, but the word from both the FIA and F1 is that “we will have a race of sorts” – prophetic phrasing, as it turns out.

In 350 F1 races I have been ashamed of my pass thrice: the 2000 British Grand Prix, 2005 United States Grand Prix and today, each time cringing for thousands of fans, many of whom, having saved for a year to cover not inconsiderable costs of attending a grand prix and dreamed for weeks of seeing their heroes in action, were treated cynically by folk who should know better. Yes, that pans out at 1% of my attendance, but it’s a percent too many.

Television viewers, too, deserved better – particularly from certain commentators who spouted absolute nonsense that fuelled the ire as they scurried to plug gaps. For example, any so-called experts who seriously believed that the race could be staged on Monday need to devote the time before this weekend’s race at Zandvoort on brushing up on the intricacies of staging a grand prix. 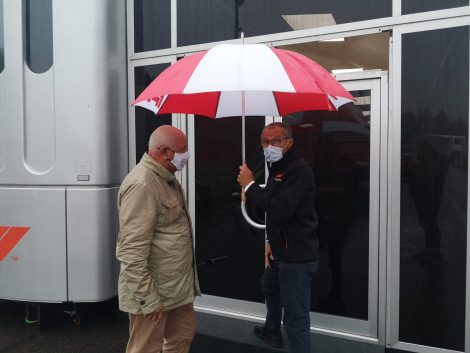 For example, to stage Spa’s race with fans requires at least 2,000 support staff and officials, all of whom need to be (unexpectedly) accommodated overnight. Marshals have day jobs and family commitments, devoting their time (usually) free of charge to the sport they love. Each turn has medics on duty who need to return to work; fans, too, have commitments a race staged without ticket holders would open a legal can of worms.

In any event, forecasts predict even more rain for Monday. Yes, events conspired against F1 on Sunday, but a number of contributory factors were well within the sport’s gift, and better planning and foresight could have seen the farce avoided.

I delay my departure from the circuit until 11pm as every traffic map shows massive congestion in all directions. Indeed, social media feeds show tractors dragging cars out of sodden parking fields – apparently some enterprising farmer charges €20 per car, earning himself thousands of bucks – which simply adds insult to injury for the bedraggled fans.