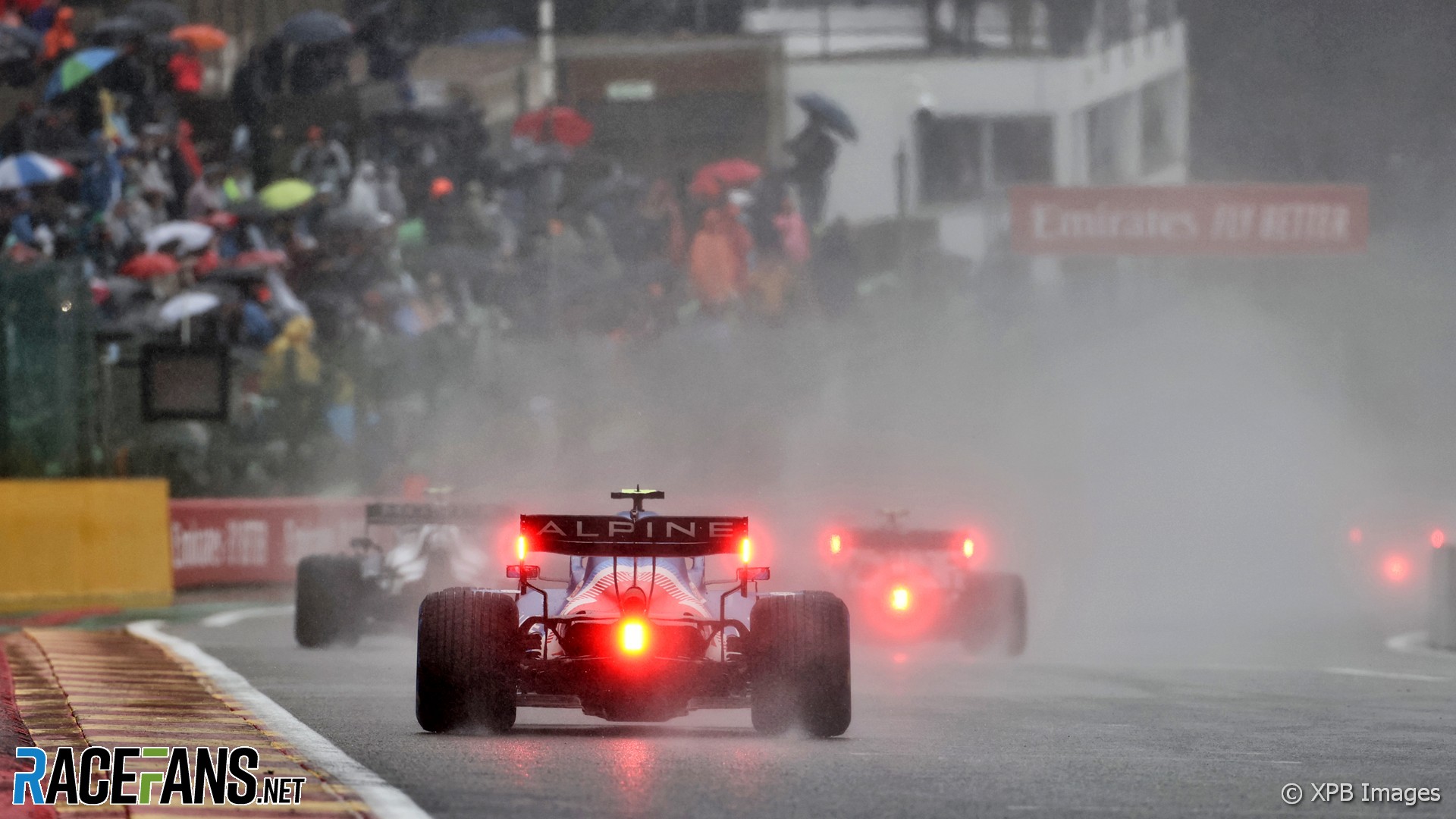 In the round-up: Former Formula 1 CEO Bernie Ecclestone says he would have insisted the Belgian Grand Prix went ahead.

F1 ran four laps behind the Safety Car on Sunday and declared a result based on a single lap of running. However Ecclestone told the Telegraph in an interview that he would have ordered the race begin within an hour of the original start time.

“I would have told the teams and the drivers at 3pm, ‘It is raining, we are prepared to put it off for an hour and hope the weather is going to change. But no matter what happens the race will start at 4pm and then it is up to you whether you take part or not’,” he told the newspaper.

The question of whether to start or not should have been left in the drivers’ hands, he insisted. “If they wanted to take a risk to get points then it was up to them. If you wanted to hang in there and do a lot more laps to make sure you won the race then that’s what you could have done.”

“If we were in the army and we were told we have to go to Afghanistan, we might have said, ‘bloody hell, that doesn’t sound safe, but we have to go, we don’t have a choice’,” he added.

Andrea Kimi Antonelli, the multiple karting champion backed by Mercedes, will make his car racing debut in the Italian Formula 4 championship at the Red Bull Ring on September 11th. Antonelli, who turned 15 on Wednesday, will drive for Prema in the triple-header meeting.

The FIA confirmed 6,449 Covid-19 tests were performed on drivers, team and personnel at the Belgian Grand Prix during a one-week period up to and including Sunday, of which 15 were found to be positive.

Per a series source, I've been told a contract between Romain Grosjean & Andretti Autosport is close, but not yet finalized.

Doesn't mean this won't come to fruition, but the deal is not yet buttoned up between the two sides.

Ross Brawn on a challenging day at Spa (F1)

"Half points were awarded. It’s not ideal but if you can’t reward someone for the race, reward them for the bravery in qualifying. A lap like George Russell did in qualifying in the absence of a full race should be rewarded. As I say, it’s not ideal, but it’s where we are."

"It’s not common for Prema to have an off weekend, but I think that we made the most of it in terms of the Teams' Championship."

Ilott’s Guest Column: Piastri has done a mega job and it was great to see F2 return to street circuits (F2)

"Oscar (Piastri)... has been doing a mega consistent job throughout each of the rounds. He has put himself in a good position and kept it consistent."

Maybe F1 will learn not to have the F1 race at the end of the day at a venue when it is very likely to rain at the time of year. If they had scheduled the race for the morning there would have been a window for racing. Forget the television broadcast window integrity of the event is more important.
@Ryanoceros