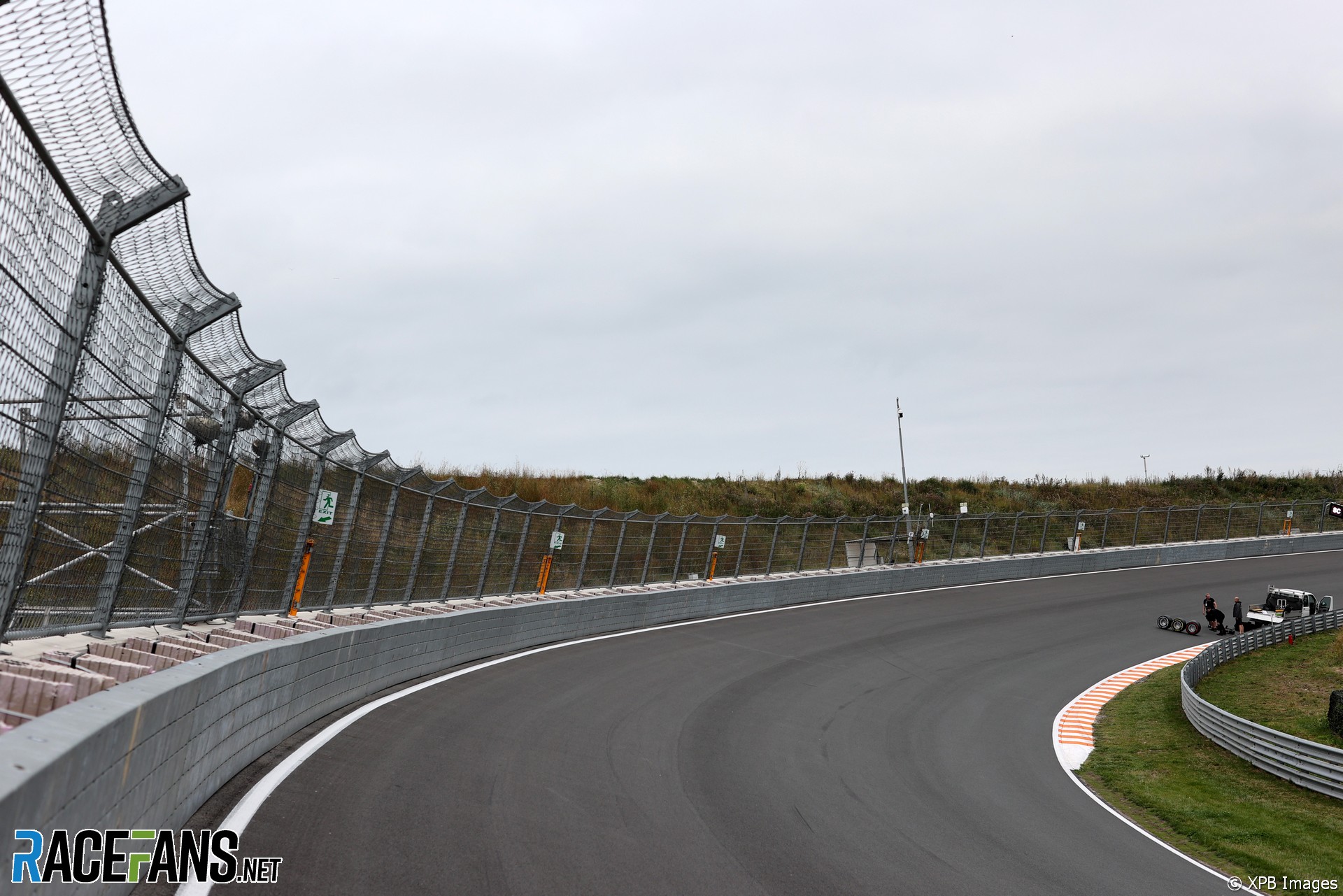 Formula 1 may increase the length of the DRS zone at Zandvoort after Friday practice if they are satisfied they can do so safely, Carlos Sainz Jnr has suggested.

The DRS zone on the pit straight at the Dutch track begins after the banked final corner. The reprofiled Arie Luyendykbocht was designed with the intention of allowing drivers to use DRS through it.

However Sainz indicated the DRS zone could be extended if data from Friday practice shows it can be done without compromising safety. “If we see it is okay then we might actually have it on Saturday I heard,” he said.

Regardless of whether or not the zone is extended, Sainz predicted overtaking will be difficult around the revamped Zandvoort circuit.

“I don’t think that the DRS position is going to make the overtaking that much better because the corners that precede this straight are all corners that, for us, it’s going to be particularly difficult to follow around.

“For more overtaking we would actually need a lot of degradation, tyres to to fall apart and maybe some people do a big tyre delta on others to have any chance of overtaking but it’s quite a hard compound tyre. The straight is not very long and I don’t expect that the DRS would have made a huge difference.”

Max Verstappen, who did a demonstration run at the circuit last year following its renovation, also expects overtaking will be very difficult.

“I don’t think it will matter a lot if [DRS] would have been open in the banking or not. I think you lose too much time in the two corners before that to really place an attack anyway into turn one. I guess some people are maybe a bit disappointed about that but for me, it doesn’t really change a lot.

“Also we don’t really know how the car is going to react to it because it’s a banked corner so naturally the car wants to pull itself down. So when you open the DRS there with, of course, the front flap you have in the car, you don’t know how it’s going to respond. So I can understand that they first want to see just opening it after the banking.”

The final corner is one of two banked turns on the track. The other is a turn three, Hugenholtzbocht, which is a considerably slower corner. However its increasingly steep banking may aid drivers in following each other closely, said Charles Leclerc.

“It’s going to be super exciting and should be exciting also for us,” he said. “Drivers will try probably lines that we don’t get to see anywhere else because the banking is getting more and more on the outside of the corner. So we might see some outside lines in turn three, by example, which is something that you don’t get to see very often.”