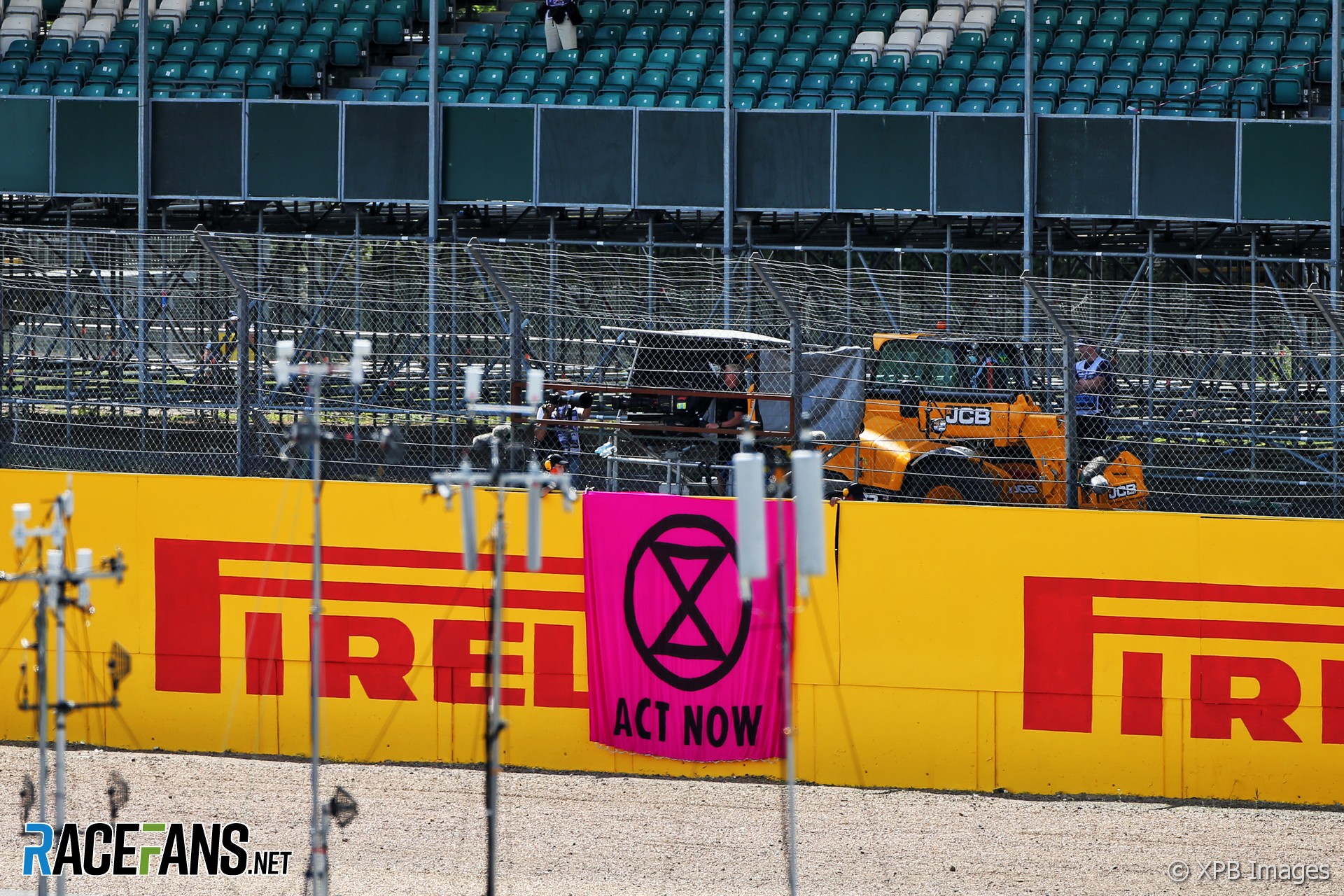 XR members infiltrated Silverstone during last year’s British Grand Prix, which was run behind closed doors without spectators, and displayed a banner which was seen on worldwide television coverage. Four people were arrested.

The group has indicated it intends to use this weekend’s race at Zandvoort to highlight the emissions produced by motorsport.

Vettel has strongly supported F1’s moves to reduce its impact on the environment. He helped clean up rubbish left by spectators at the British Grand Prix and built a ‘bee hotel’ in the shape of a Formula 1 car with schoolchildren in Austria. He said today he was aware of XR’s protest plans and supported them.

“I think in general we are living in a time where it is important to raise attention and I think that’s what they’re doing,” he said. “So I think that’s good.”

Formula 1 and the wider world must do more to reduce its production of waste and carbon dioxide, he said.

“So I think it is vital that we understand what is at stake and if we don’t get it, then I think there is no future. It sounds very dark, but equally on the bright side, there’s a lot of things that we can do.

“And I believe there’s a place for Formula 1, providing Formula 1 is addressing the right things and making the right moves. Now, as I said, there can always be more that is done. The small things that are taken action on is good is a first step, but not more than the first step yet.”

“Ultimately it’s not my responsibility to go and do a presentation to them telling them what Formula 1 is doing. But Formula 1 has already expressed the steps in which they want to take by 2030.

“Naturally things don’t change overnight and I think it’s great that Formula 1 are accepting and holding themselves responsible and realising that they do need to make changes moving forwards. And then ultimately us drivers we rely on Formula 1 and the organisers to make sure that we’re trying to have as positive an impact on the places we go to.”