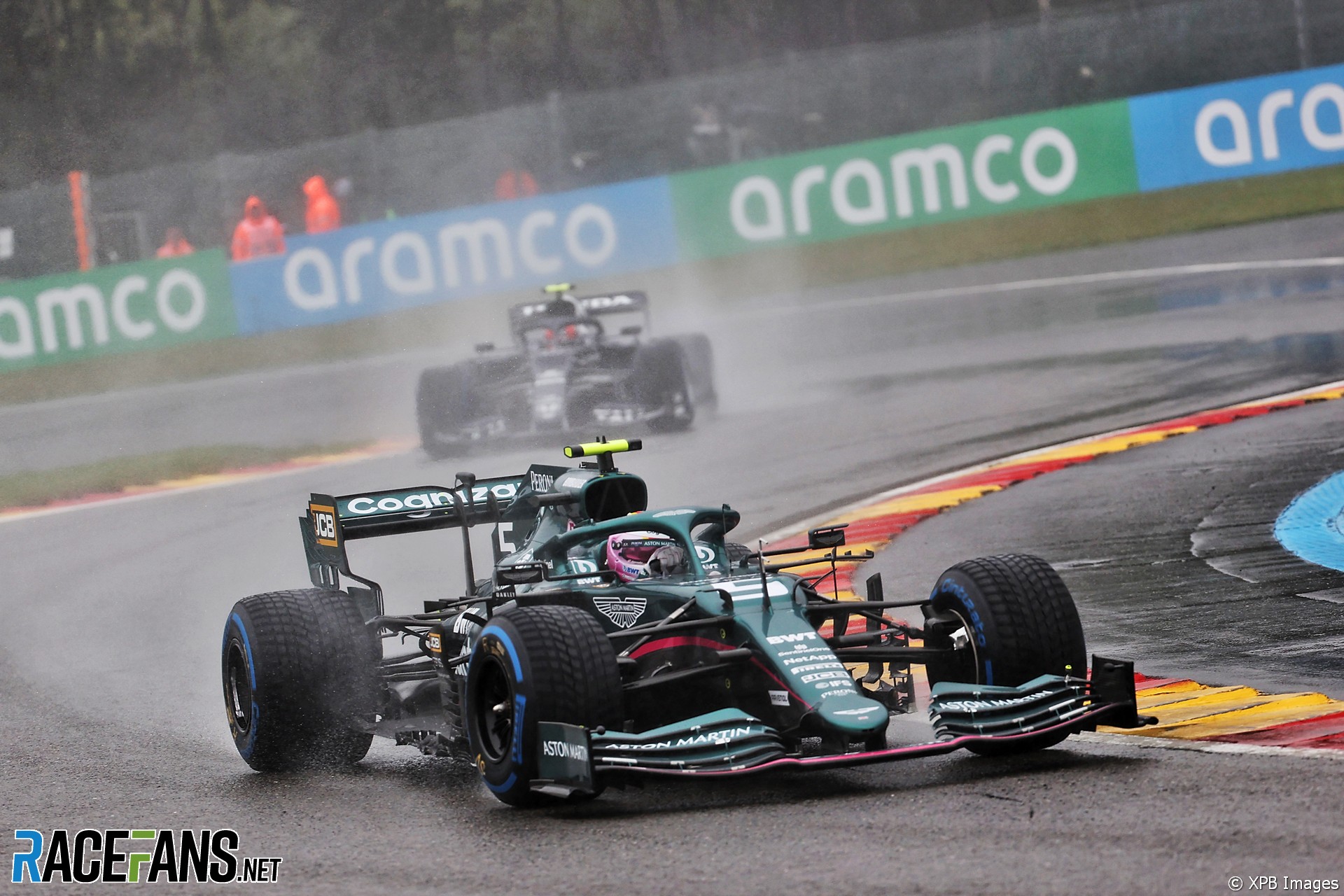 Formula 1’s decision not to race at Spa-Francorchamps last weekend does not show drivers are less willing to take risks than they used to be, says Sebastian Vettel.

The Aston Martin driver believes changes in car and tyre design over the years have worsened visibility problems and made them less well-suited to very wet conditions.

But Vettel insisted drivers are no less willing to compete in heavy rain than when he made his debut during 2007, a season which saw an extremely wet race at Fuji in Japan.

“I think the appetite for risk is the same as it was back then,” said Vettel. “I think we’re happy to race providing it’s safe.

“The cars have changed, yes. I think there’s significantly more ground effect with the cars that we have now or more downforce. We seem to suck more water off the ground.

“The tyres have changed as well. I think the extreme wet tyres that we had, from what I remember of those days, made it easier for us to race in very, very wet conditions with a lot of water on the track. I think those are probably the key differences.”

Fernando Alonso gave a similar explanation to Vettel, highlighting the decision to widen F1 cars and tyres in 2017 as a contributing factor.

“The visibility was the biggest thing that he changed over the years,” he said. “I think the cars for whatever reason or the new aerodynamic rules, they have more spray when you are running behind people.

“Our tyres are wider now than what they were in 2007. Probably the extreme tyres were a little bit stronger back then. Maybe the size of the tyre was helping for the aquaplaning.”

The nature of the Spa track also contributed to the problem, said Alonso. “Spa being that high speed, these long straights, the spray was holding there for a long time. So I think the conditions were not suitable to race.”

While Alonso backed the decision not to race, he continued to criticise the decision to award points for an event where drivers only lapped behind the Safety Car.

“It was just a matter of time that a big accident could happen and I think the FIA wanted to avoid that and that was the right call. Giving the points, this is a different thing, I totally disagree with that. But the conditions to not race, I totally agree.”