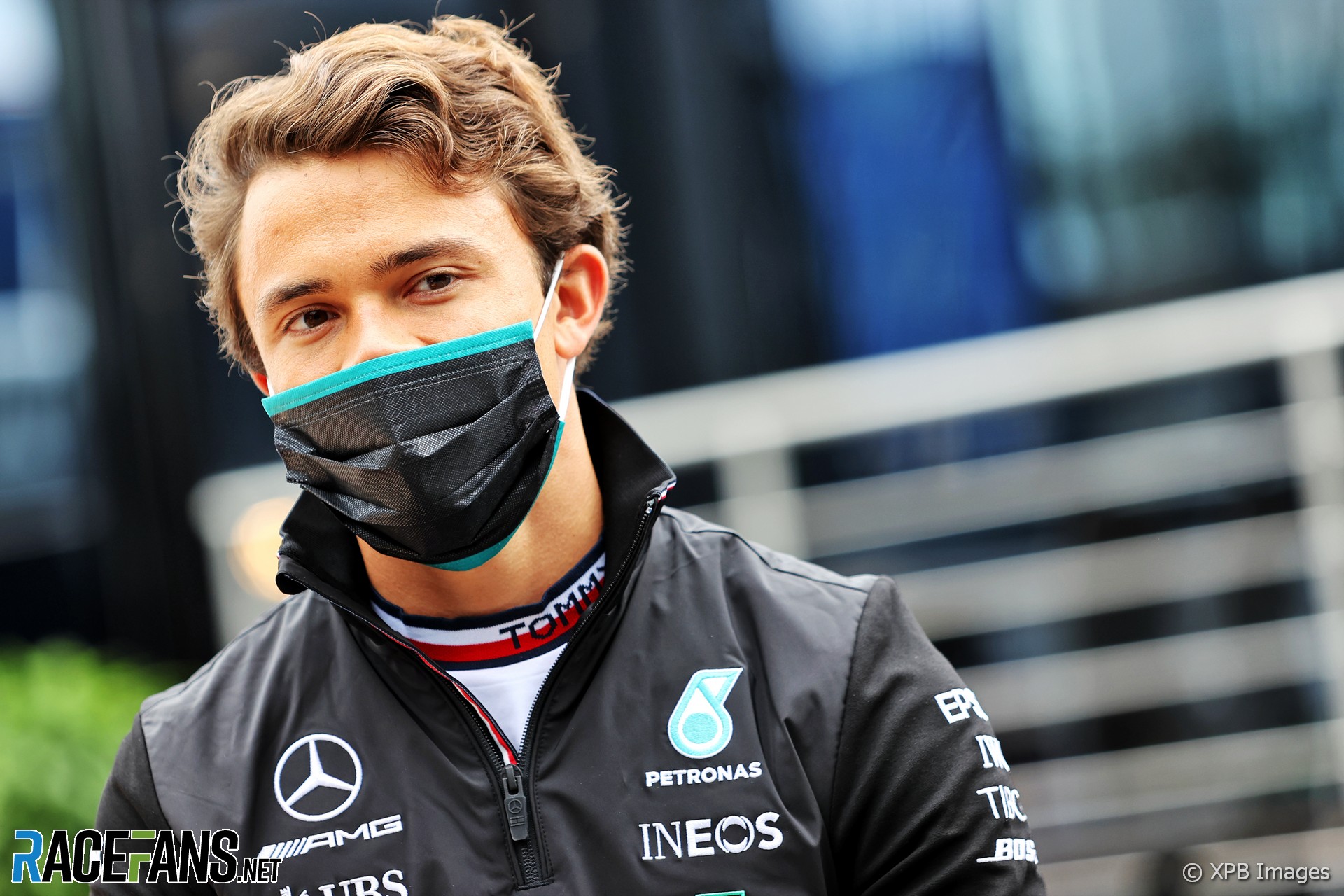 Mercedes team principal Toto Wolff said he is weighing up whether to move Nyck de Vries into Formula 1, but sees Alexander Albon as the “main protagonist” in the 2022 driver market.

De Vries won the Formula 2 championship in 2019 and clinched the Formula E title with Mercedes this year. The Dutch racer has emerged as a candidate for a move into Formula 1 as RaceFans revealed this week.

With Mercedes junior driver George Russell widely expected to replace Valtteri Bottas next year, moving De Vries into Formula 1 would ensure the world champions have another of their young racers in F1.

However Wolff admitted he would regret losing De Vries from their Formula E programme, which has one season left to run before they leave the series.

“Nyck is a Mercedes driver in Formula E and he’s won the Formula E world championship and helped us to win the constructors world championship and he’s an extremely important member of that team,” said Wolff in today’s FIA press conference. “I admired his decision back in the day after winning the F2 title to say ‘I want to be part of a works team and that’s why I’m joining Mercedes in Formula E’ rather than running behind the dream in Formula 1.

“Now the time has come that people recognise his talent and his ability and therefore those talks are taking place. But for us, most important is that he stays within the family. I don’t want to lose him at that stage for another Formula E championship, but I wouldn’t block him for Formula 1.”

Whether De Vries gains a place in Formula 1 may ultimately depend on whether Red Bull team principal Christian Horner finds a seat for Alexander Albon, Wolff admitted.

“At the moment it revolves around Alex Albon, who, as Christian said, deserves a seat. He’s a really good kid and he’s probably the main protagonist in the moving chairs.

“So Nyck has a guaranteed seat in Formula E with us and I’m in two minds. As I said before, I wish him to be in Formula 1 but I don’t want to lose him from our Formula E campaign.”