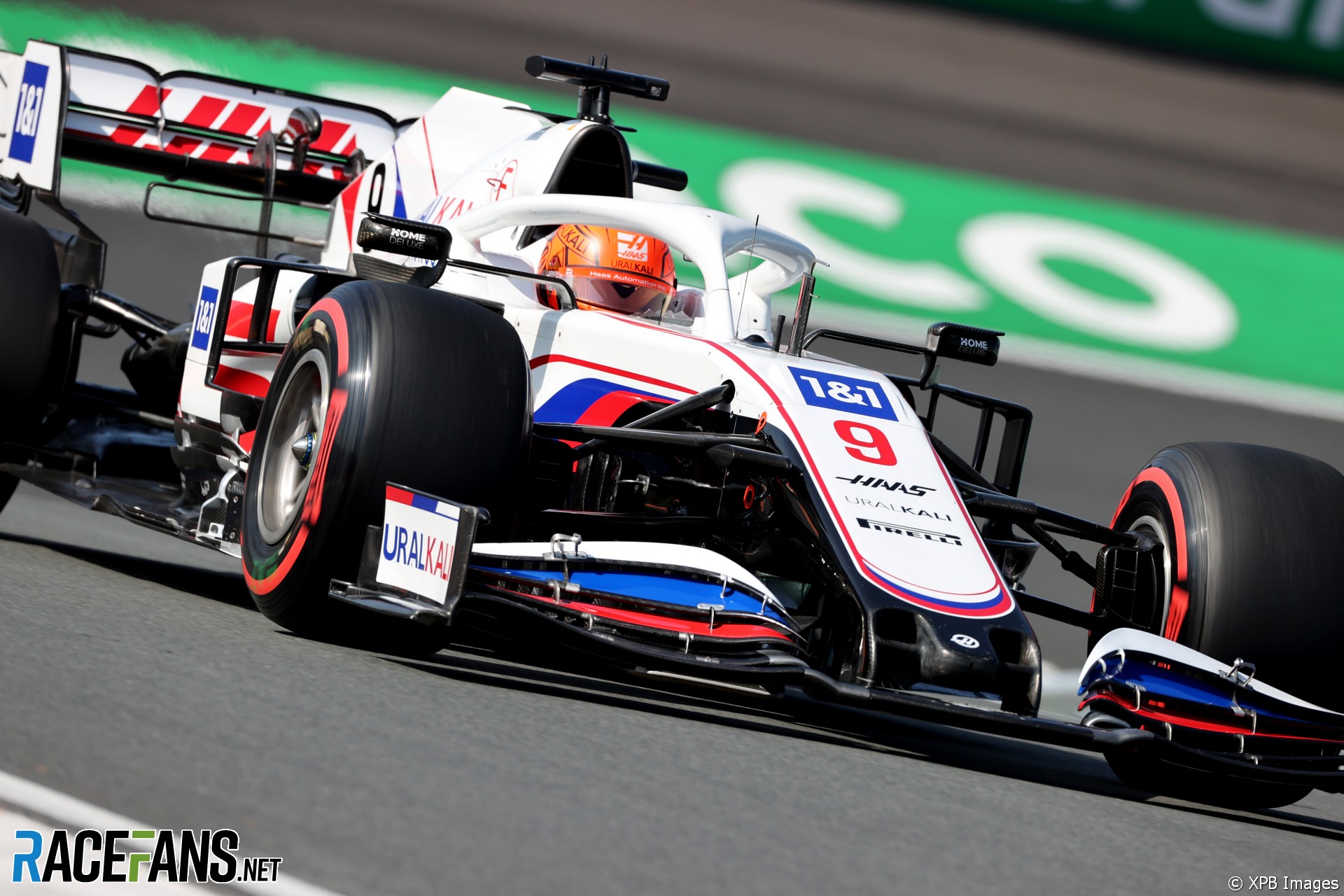 Nikita Mazepin said he will not accept what he believes was his team mate’s decision to disobey an internal arrangement at Haas.

He complained vociferously on the radio after Mick Schumacher overtook him as the pair left the pits to begin their final runs in Q1. Mazepin said afterwards he believed he had the right to run as the first of the two Haas drivers.

“We had a discussion in the team about what happened,” he said. “And I think after that discussion there is one clear thing that’s left: the system that I was told in Imola is not the case any more. I’m not sure when it changed and how it changed.

“We are a young team, as everybody says. So I think we will get better, improve, understand and become stronger from it.”

However, Schumacher’s team radio showed he asked his race engineer Gary Gannon whether he was allowed to pass Mazepin, and was told he could.

“My radio communication was clear that I was allowed to overtake him as long as it was before turn three,” said Schumacher. “And I did so.”

Schumacher said he passed Mazepin so he could increase the temperature in his tyres after they cooled while sitting in the pits. “I’ve been [running] behind him for the whole part of the weekend and it’s been quite clear already since FP3 that I needed for some reason a faster out-lap compared to him to warm up my tyres,” he said. “And that was quite noticeable in the first two runs where in turn 13 basically I have nearly no grip.”

“I needed a faster lap and Nikita didn’t, so that’s why I asked,” Schumacher continued. “I requested and I did get the okay.

“I didn’t try to impede him or make his life difficult,” Schumacher insisted, “I was just trying to make my life a bit easier by having the opportunity to go faster. I also overtook Lando [Norris] around the lap to try and get even more heat in.”

Mazepin subsequently tried to re-pass Schumacher as Sebastian Vettel caught the pair of them. The Aston Martin driver was held up, leading the stewards to investigate the Haas pair, though both avoided a penalty.

Mazepin pointed out Schumacher was likely unaware that Vettel was catching the pair of them.

“To be fair to Mick, I was very upset because I was overtaken when I wasn’t supposed to be overtaken, and then he backed me up into Vettel. But in all fairness to him, he didn’t know that Vettel was coming. It goes a little bit towards the direction that he didn’t back me up on purpose.

“But I, on the other hand, knew that he was coming and I needed to get out of the way. So I moved to the inside but with Mick braking and making a gap to Latifi, there was nowhere to go.

“You’re always going to end up in some sort of trouble when seven cars are travelling at 30kph and a fast car is arriving at 300. But it’s been a very stressful 20 minutes of my life.”

Today isn’t the first run-in between the Haas team mates, who have had several near-misses on several occasions and tangled at Silverstone. Asked by RaceFans whether his relationship with Schumacher can be improved, Mazepin said he will continue to be himself and follow his team’s instructions.

“What I don’t like with people is when they are cheeky, fighting for P19. I think it just shows their true nature and I don’t tolerate that and I will just remain being myself, regardless of the outcome and I will listen to my team boss, which is Günther [Steiner] and do as I’m told, until the last day of my Formula 1 career, which hopefully is very far away.”

Mazepin team radio except from Q3