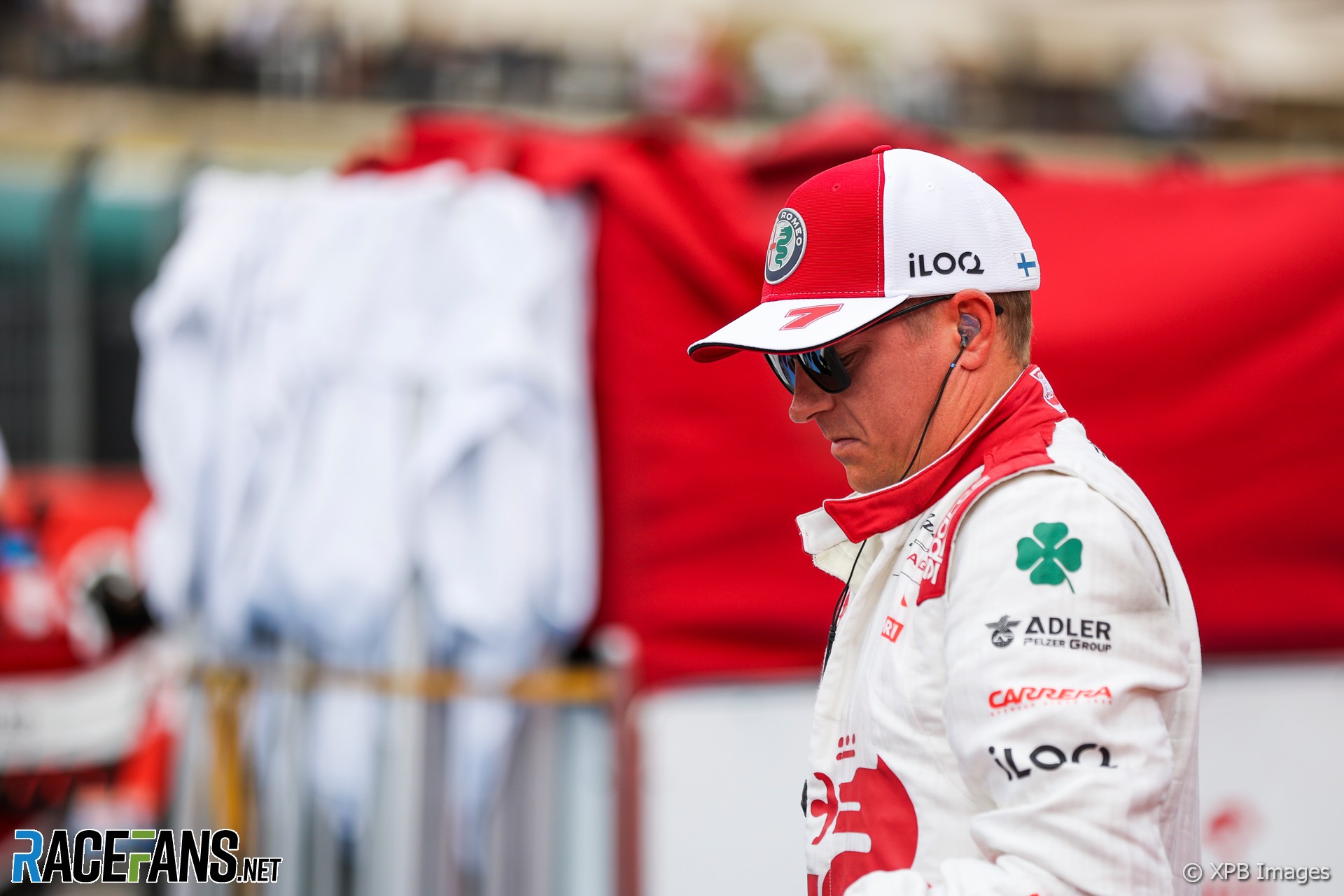 In the round-up: Alfa Romeo team boss Frédéric Vasseur says that the driver market rumours should be decided soon, saying the team has to “move forward.”

Vasseur: driver news could be “before Monza, after Monza or before Sochi”

Frédéric Vasseur said that the decision on who will replace Kimi Raikkonen at the team will come before the Russian Grand Prix at Sochi.

“I don’t know if it will be next week or the week after,” Vasseur explained, “but I think that now we have almost all the cards in our hands and we have to move forward and to take a decision.

“And in that case, we will be able to do it quickly. I don’t know if it’s before Monza, after Monza or before Sochi.”

Valtteri Bottas is widely expected to be confirmed as Raikkonen’s replacement, freeing up a seat at Mercedes which will be taken by George Russell.

Steiner: teams would “chip in” to compensate Spa ticketholders

Haas team principal Günther Steiner said teams won’t object to money being used to compensate fans who attended the Belgian Grand Prix in some way. Only three laps of the race were run, all behind the Safety Car, before the event was abandoned.

Asked what form compensation should take, Steiner said: “I have no opinion on that because I don’t know the facts and the contracts which are in place and making comments now, maybe we start something which we don’t want to.

“I’m sure Formula 1 will be doing the right thing and if we have to chip in, I think we chip in. That is what we have to do. But what and when it is done, this is not what I’m doing.”

Kimilainen on W Series pole after only three laps in practice

Emma Kimilainen followed up her masterful win in the wet at Spa with pole position at Zandvoort despite a technical issue limited her running in practice. Kimilainen beat Alice Powell by just seven hundredths of a second, with points leader Jamie Chadwick two tenths further off.

Immediately after the qualifying session Kimilainen said she felt “confused” as a live timing problem delayed her race engineer’s confirmation she had taken pole. “It was a really, really tight fight all the way from the beginning to until the end,” she said.

Kimilainen said she was especially pleased to have been fastest, given her lack of earlier running. “I pushed so much in the end, like the last lap and then I did a little mistake in sector three and I was so on the edge and I was just hoping that damn, I will get it.

“When I got it I’m like, yes, because that car felt amazing and they’ve done an amazing job. Since I didn’t do any practice, only three laps because of the technical issue I had in practice. So, yeah, I’m happy.”

Formula 3 championship leader Dennis Hauger, who struggled last weekend at Spa, has put himself back to the front of the field by claiming four points for pole position. He beat David Schumacher and Victor Martins to be fastest. Hauger’s closest title rival, Jack Doohan, took fourth place.

Hauger, joined the F1 field in praising the challenges of Zandvoort, particularly its two banked corners.

“There’s so much camber and everything happening is really technical, so you really have to focus forward,” he said. “It’s got quite fast sequences but still technical, it’s really cool to be on the edge around here. It doesn’t forgive you if you make a mistake so you really have to put it all together and that’s what we managed to do in quali. I’m obviously really happy with it.”

Here is the plane taking off this morning #TeamLH…going up and down Zandvoort beach now @LewisHamilton 💜 pic.twitter.com/PEidanDUez

Qualifying without drs? 0/10 do not recommend. 😶

Head down let’s get it fixed for tomorrow. #F3 #DutchGP pic.twitter.com/Qo1Ymed9lV

Kimilainen's engineer said at the restart of the session he'd do the Spice Girls on karaoke if she got pole. She did. Motivation, innit. #WSeries

Correa's return to racing has been a success, even if the results haven't always shown it (Formula 3)

"“The first race start was the toughest. The races weren’t difficult, but I definitely thought about it. In race two, I almost crashed there (Raidillon), when (Calan Williams and Amaury Cordeel) collided in front of me, and the first thing that I thought about was the accident. I guess that’s part of the process of being there again."

"We remain fully committed to the Techeetah Formula E team, DS Automobiles, all of our team members and business partners. As three times drivers champions, two times team champions and having earned a hard-fought third place finish in season seven, we are looking forward to returning to the top of the exciting Formula E world championship next season."

As a sort of ultimate sporting parents competition hots up between Toto Wolff and Christian Horner as to who can place their driver at Williams or Alfa Romeo, NewVerstappenFan notes that the traditional route out of F1 appears to have looped back on itself.

Meanwhile Mercedes seems to be learning about this very slowly.
@jureo