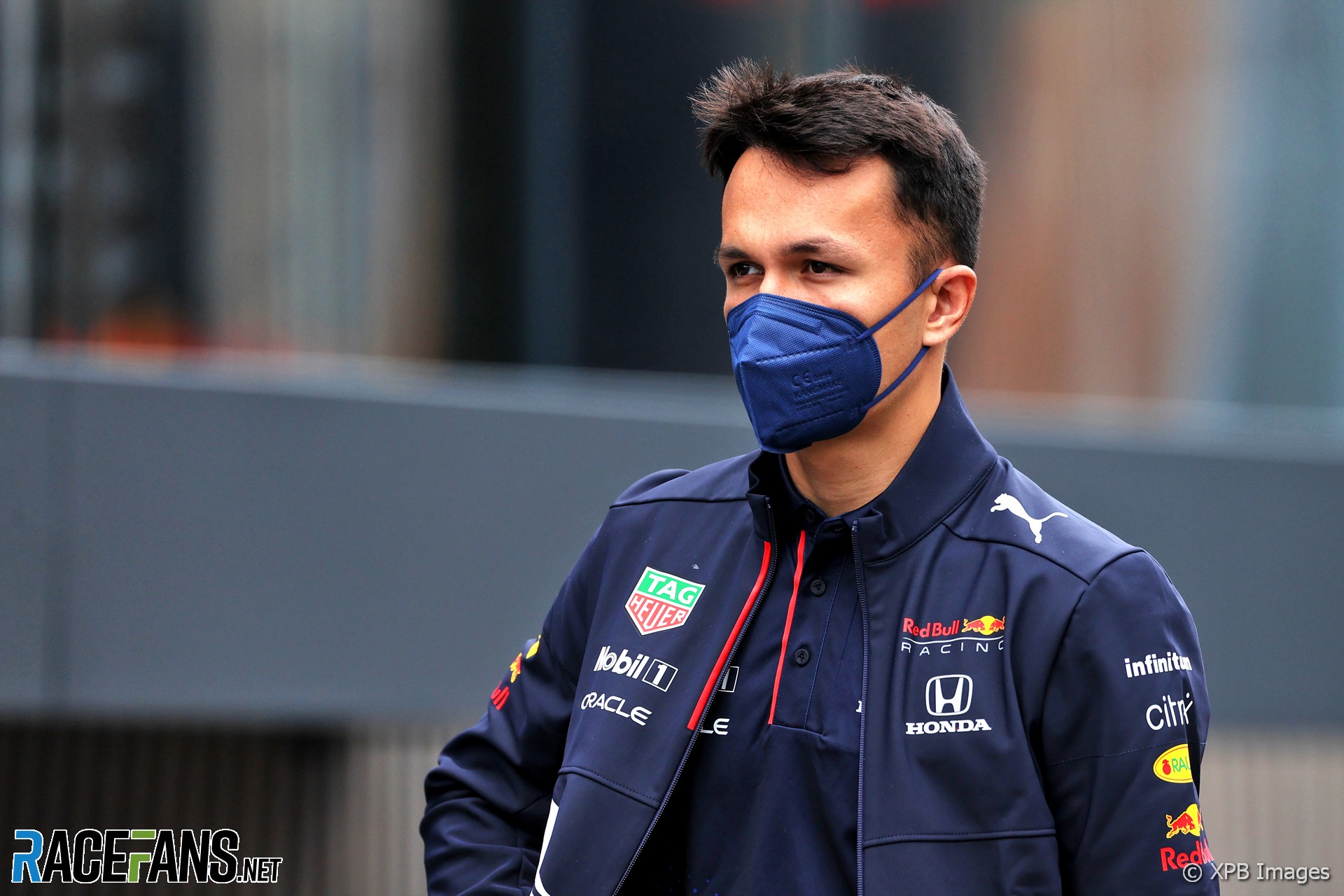 Alexander Albon can only return to F1 with Williams next year if he is no longer contracted to Red Bull, says Mercedes team principal Toto Wolff.

The 25-year-old has been linked to an F1 return at Williams in place of George Russell, who is expected to replace Valtteri Bottas at Mercedes.

While Wolff said yesterday he would not block Albon joining Williams, he confirmed today he does not want to see a Red Bull-contracted driver at a Mercedes-powered team.

“With Albon as I said yesterday, he’s a driver that deserves his seat in Formula 1,” said Wolff. “But it’s tricky to have a 100% Red Bull driver on a Mercedes power unit.

“So, happy to work with him as long as they let him free from his Red Bull contract.”

Mercedes is also looking to place its reigning Formula E world champion Nyck de Vries at their customer team. “We are supporting Nyck de Vries, obviously, and he’s in talks with Williams to get the seat there,” said Wolff. “So there’s quite some balls in the air.”

Red Bull team principal Christian Horner indicated yesterday they were prepared to release Albon in order to secure him a place on the grid next year.

“We want to see him race so we’ll accommodate whatever we can to ensure that he’s back in a race seat next year,” said Horner. “There’s always obstacles but he’s a lad that deserves an opportunity in Formula 1 next year and we’re doing our best to try and help him achieve that.”