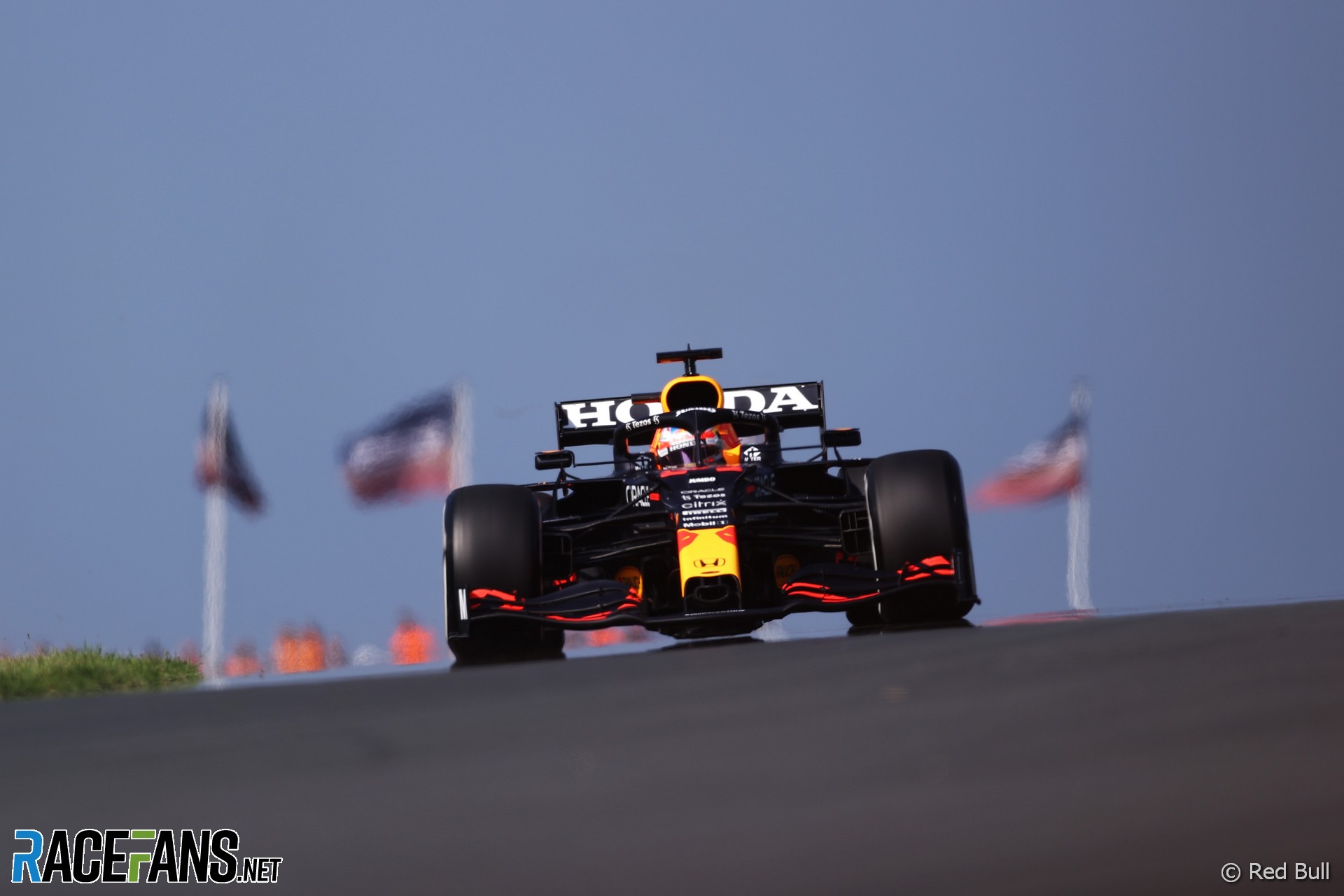 Max Verstappen put his Red Bull half a second clear of the Mercedes pair in the final practice session ahead of qualifying.

Aided by a perfectly-positioned tow from his team mate, Verstappen set the quickest lap time of the weekend so far with a 1’09.623.

However, the session was disrupted when Carlos Sainz Jnr crashed heavily at turn three, losing the rear of his Ferrari after the fast right-hand kink of turn two and spinning on entry into the banked Hugenholtz turn and backing his car into the reinforced barriers. The Ferrari driver was unhurt, but left his team with an extensive repair job ahead of qualifying.

The rest of the session was, fortunately, uninterrupted after Sainz’s car had been retrieved. Sebastian Vettel had had a small off early on, taking out a DRS board but otherwise unaffected. The trackside boards had already suffered considerable losses during Formula 3’s race this morning.

Lando Norris also had an off later in the session, going through gravel at turn 10 after having a major oversteer moment and losing the rear of the car. The gravel did its job and he avoided any damage in the barriers there, able to continue back to the garage for the last fifteen minutes of practice.

Finally Mick Schumacher went through the gravel between turns 11 and 12. He was able to continue but gave marshals another sweeping job there before qualifying.

Neither of their team mates, Daniel Ricciardo or Esteban Ocon, were able to break the top ten of times. However, Ocon did report midway through the session that he had an electrical deployment problem.

Sergio Perez looked much more able to equal Verstappen’s pace than in the Friday practice sessions, while Hamilton’s lack of prior running seemed not to trouble him too badly, consistently at the sharp end of the times.

Aston Martin were the only midfield team to get both of their drivers into the top ten times. Charles Leclerc was ninth-fastest for Ferrari but not looking anywhere near as competitive as when he and Sainz had topped second practice.

Track temperatures were markedly cooler in final practice than on Friday afternoon. Second practice ended with the tarmac around 35C, final practice started at 26C and with the highest wind speed yet of the weekend.

Robert Kubica has stepped into Kimi Raikkonen’s Alfa Romeo for the rest of the weekend, following a positive COVID-19 test for Raikkonen, completed the session without incident, putting in 28 laps, the second-most of any driver after Yuki Tsunoda’s 29.