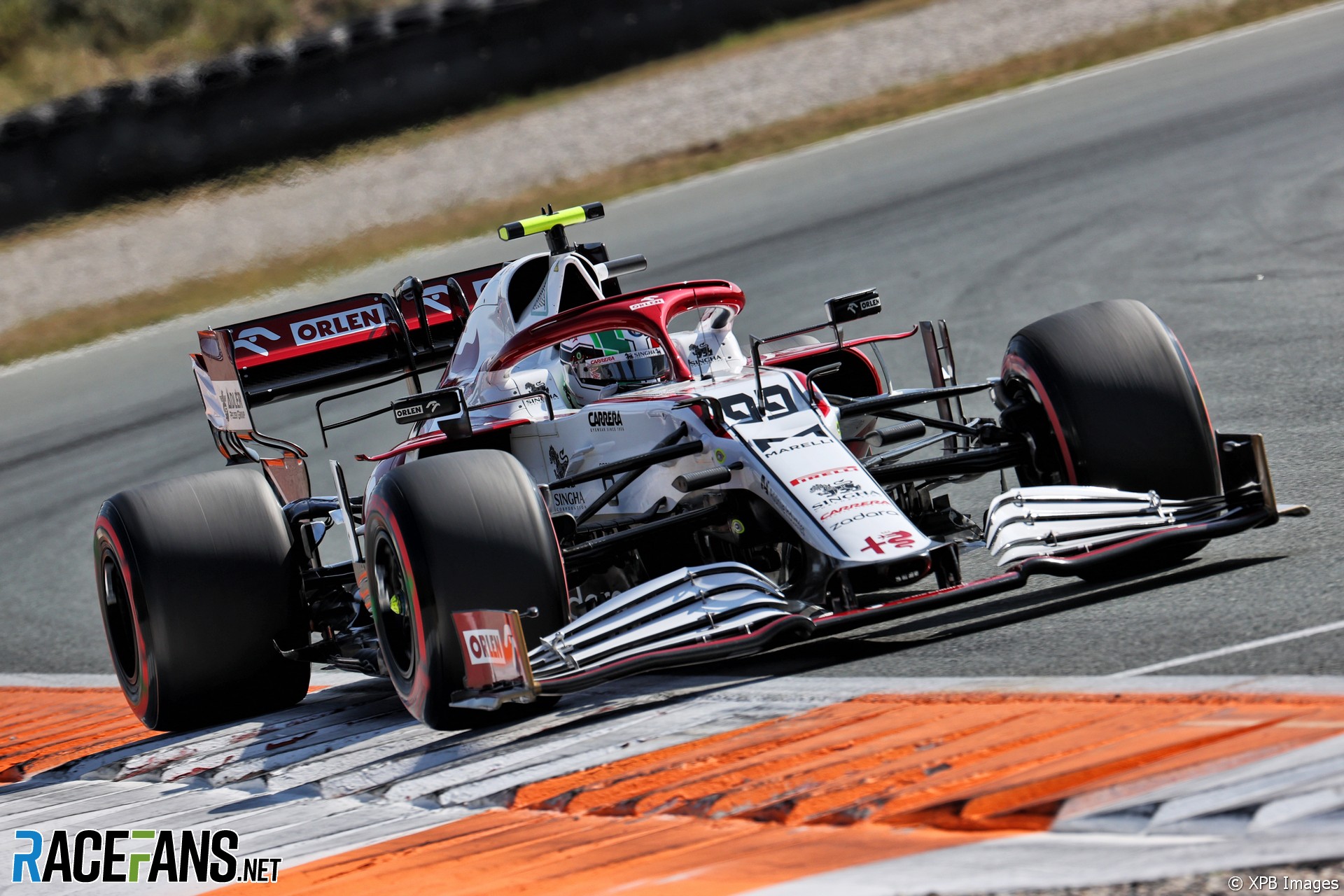 A visit to an unfamiliar circuit has shaken up the competitive order among the Formula 1 teams.

Although not, admittedly, at the opposite ends of the grid. Red Bull produced the quickest lap for the seventh time this season, while Haas are rooted to the bottom as usual.

But the remarkable result of the day came from Alfa Romeo, who set the fifth-quickest time of any team. Antonio Giovinazzi got into Q3 and parked his car seventh on the grid in a performance which can only be described as Russellesque. It was a timely performance for a driver whose future at the team is in doubt.

While the C41s flew, McLaren were puzzled by their least competitive showing of 2021 to date, ranking sixth. The team which has averaged 0.7% slower than the quickest lap time over the season so far was nearly twice as far away on Saturday.

“We have seen some spikes of better performance definitely with our car in the practice sessions and somehow the track characteristics here and maybe also the ambient conditions didn’t play at all to the strengths of our car. That somehow exposed the weaknesses our car has and it was simply not possible to extract more performance.”

Part of the explanation for the deviations from the usual form will undoubtedly be that teams weren’t able to nail their set-ups as perfectly as usual given their limited knowledge of the track and the considerable disruption to practice. Pole-winner Max Verstappen described how he could have found a couple more tenths, while Lewis Hamilton also reckoned there was more time to be found from his Mercedes.

In McLaren’s case the answer may also lie with their drivers. Norris was unusually out-qualified by Daniel Ricciardo, in the first qualifying session since his high-speed crash at Spa. It wouldn’t be a surprise if that has knocked him off his stride.