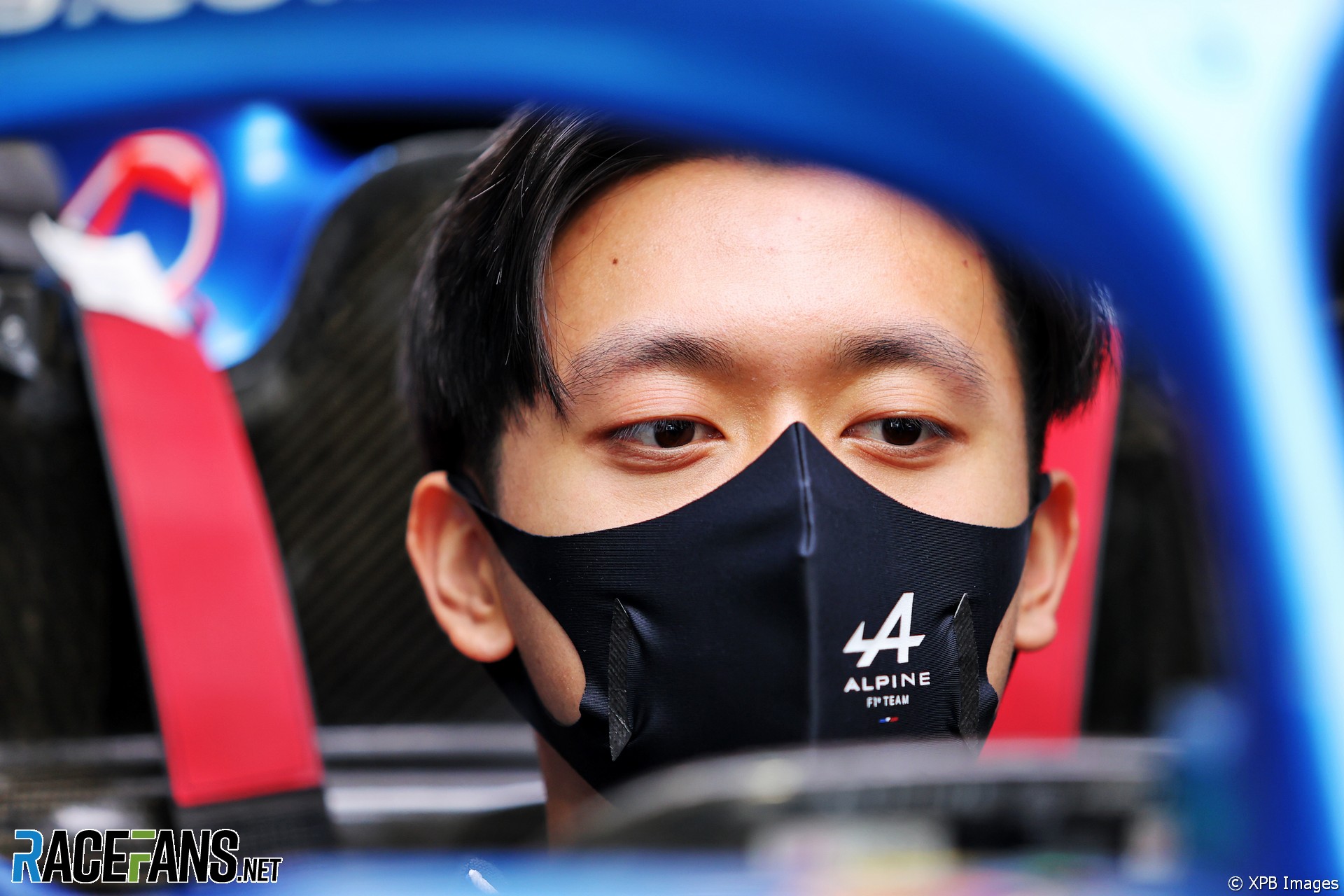 Alpine-backed junior driver Guanyu Zhou is among those under consideration by Alfa Romeo for a Formula 1 seat in 2022, team principal Frederic Vasseur has confirmed.

Zhou would be the first Chinese driver to race in Formula 1 if he secured the drive. He is rumoured to have a $30 million sponsorship package to make the step up from Formula 2. At the halfway point in the season Zhou lies second behind fellow Alpine junior driver Oscar Piastri.

“It’s not only due to the fact that he’s Chinese, but that he’s a front runner in F2, he won some races and I think every single team in the F1 is looking after him.”

The second Alfa Romeo seat alongside Valtteri Bottas is one of the few remaining places on the grid for next season. Formula E world champion Nyck de Vries has been linked to the seat but Vasseur told RaceFans this week that hiring him “looks complicated for me because he is strongly linked to Mercedes”.

Vasseur intends to study the results of the next two Formula 2 rounds before making his decision.

“I think Monza and Sochi are perhaps a bit more conventional and let’s have a look on the evolution of the young ones and then we will see what’s happened and where they are.”

Piastri has taken pole position for this weekend’s Formula 2 feature race. Zhou took third while Theo Pourchaire – who is connected to Alfa Romeo through Sauber, who run their F1 team – lines up seventh.