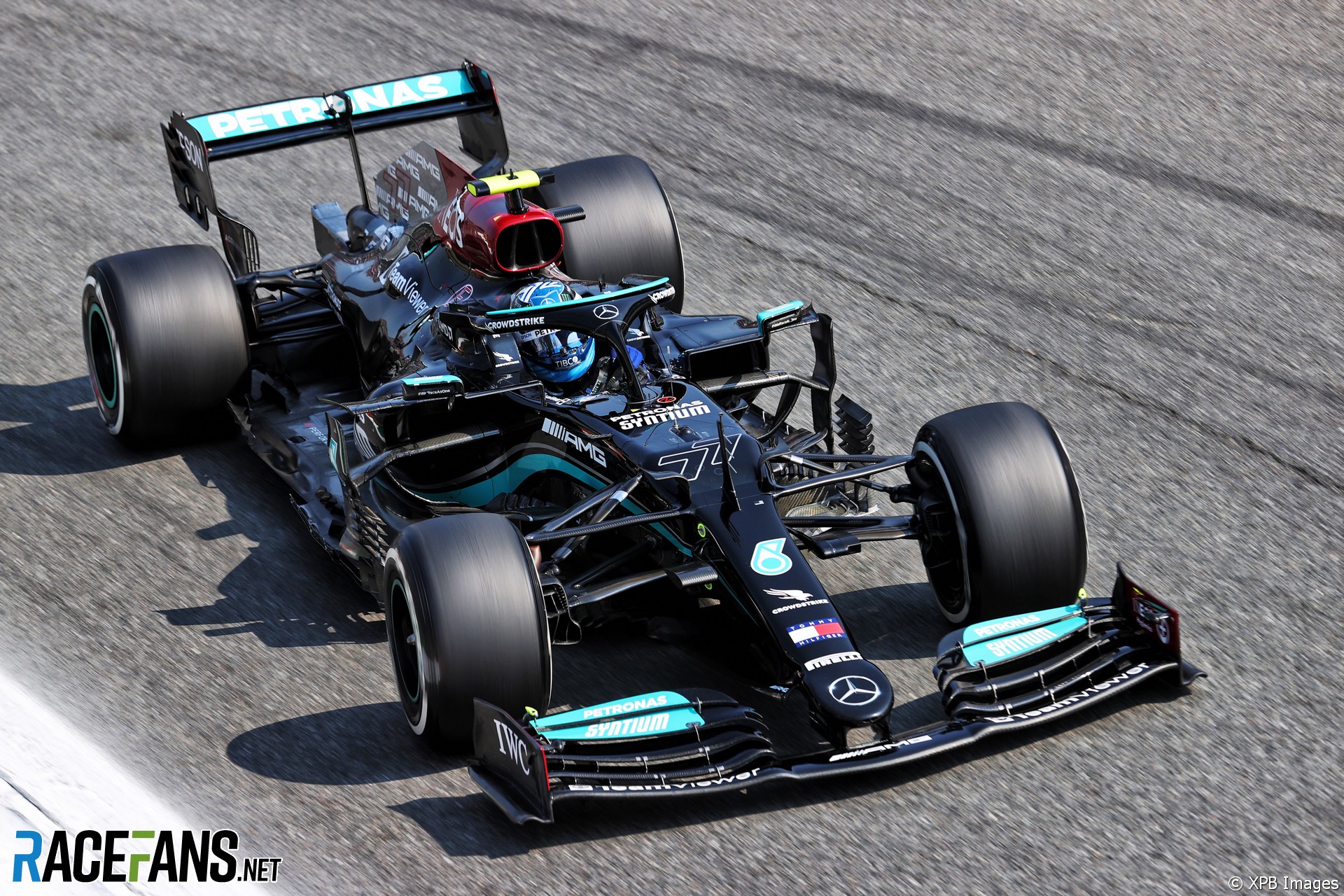 The hour-long session was interrupted halfway though when Carlos Sainz Jnr crashed heavily at Ascari. The Ferrari driver climbed from the car unaided and was cleared following preliminary checks, but will undergo a further inspection ahead of sprint qualifying.

It continued a difficult weekend for Ferrari, who had to change the power unit on Charles Leclerc’s car after his problems on Friday. He switched back to his well-used original unit from the start of the season, putting him at a disadvantage at the most demanding track on the calendar for engines.

As second and final practice is held after qualifying under parc fermé conditions during a sprint qualifying weekend, team’s focused on relatively long runs, on high fuel, to gather data ahead of the two remaining, racing sessions. Most cars took their time to emerge from the garages, Nikita Mazepin the first driver on track.

Red Bull kept their drivers abreast of the times set by the Mercedes drivers and Lando Norris who will start closest to them on the grid for this afternoon’s sprint qualifying race. Max Verstappen led the times at the session’s quarter and half way points, with Sergio Perez just behind him, Red Bull seemingly at less of a disadvantage relative to Mercedes on race pace than they had during qualifying.

The session was relatively quiet as drivers got on with their programmes, until the halfway point when Sainz’s crash caused a 10-minute interruption. The Ferrari driver lost the back end of his car heading into Ascari and went nose-first into the barrier. “I had a massive crash,” he said on the radio. “That hurt a bit. But I’m okay.”

Practice resumed with 22 minutes remaining and drivers were quick to get back out on track. A few drivers reported being held up by traffic, though none as seriously as yesterday. Sebastian Vettel described the situation to his engineer as “messy” as he was unable to put clear laps together.

Both Alfa Romeo cars made the top 10, beating one Alpine, both AlphaTauri drivers and one McLaren. Ferrari ended the session in the bottom half of the times. Their running came to an early end after an unexplained radio message from Leclerc who pitted shortly before the end of the session. “Guys, I need to stop,” he said as he accelerated away from the Rettiflio. “I cannot explain here.”

During the final 10 minutes of the session Mercedes showed their speed around Monza, comfortably stripping Red Bull of the first and second fastest times, while both their drivers avoided using the medium compound tyres.

Mazepin was caught speeding by 6.8kph in the pit lane during the session, prompting a €700 fine for his Haas team.