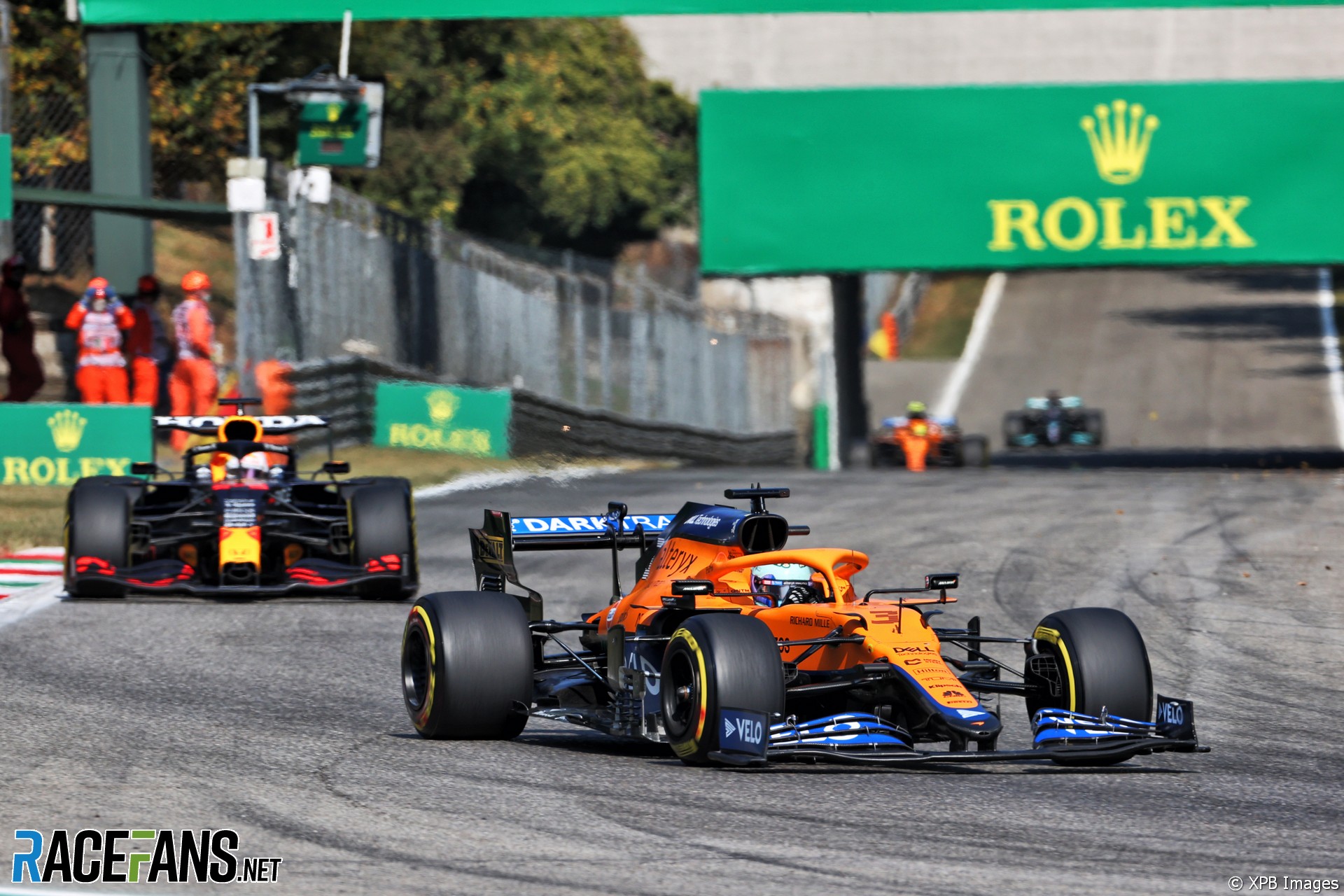 Ricciardo passed polesitter Max Verstappen on the run down to turn one after getting a superior launch off the line when the lights went out.

“To be honest, even if we got the start, it was never a guarantee that we would lead the whole race,” Ricciardo says. “I was able to just hold firm out front the first stint. I don’t think we had like mega speed, but it was enough just to obviously keep Max behind.

“To lead literally from start to finish – I don’t think any of us expected that.”

After a challenging opening half to the season in 2021 – his first for McLaren – Ricciardo says he has returned from the summer break with renewed confidence in the car.

“There was something in me on Friday. I knew something good was to come, let’s just say that,” he says.

“I’ve just been a sandbagging S.O.B. the whole year, that’s all. Thirds, fourths, fifths – you might as well just win, so that’s what I did. Honestly, the August break was good just to reset. I felt better the last three weekends.”

The victory was Ricciardo’s first since departing Red Bull at the end of the 2018 season and his first ever grand prix win in a car that is not a Red Bull.

“To not only win but get a one-two – it’s insane. For McLaren to be on the podium is huge, let alone a one-two, so this is for team papaya.”