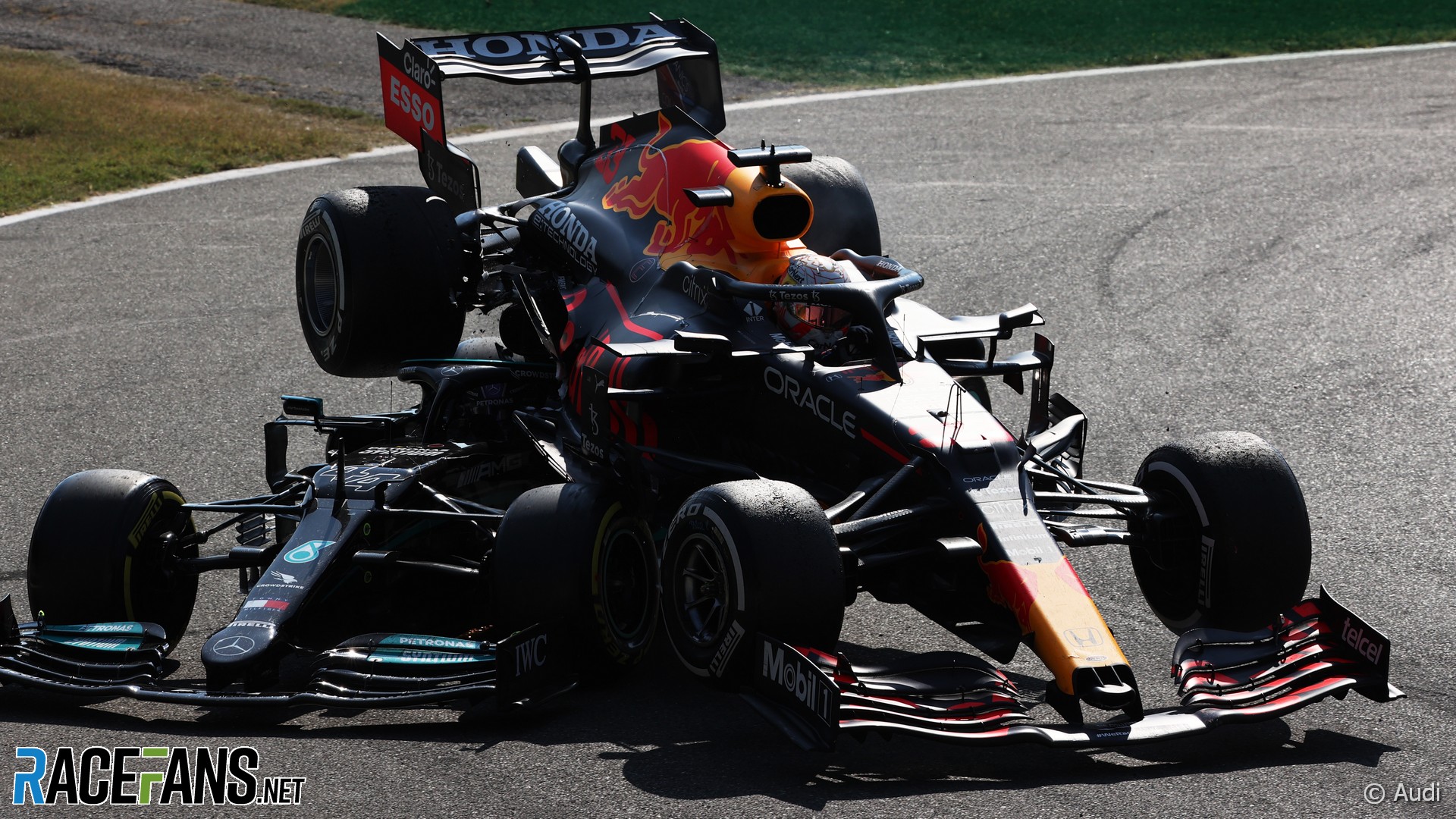 Verstappen’s Red Bull landed on top of Hamilton’s car when the pair tangled at the Rettifilio chicane halfway through the race. The back of Verstappen’s car rode across Hamilton’s damaging the roll hoop, while the right-rear wheel landed on the Halo, a crash protection structure which was introduced to improve driver safety in 2018.

“The Halo definitely saved Lewis’s life today,” said Wolff. “It would have been a horrible accident that I don’t want to even think about if we wouldn’t have had the Halo.”

The stewards are investigating the role played by the pair in the lead-up to the collision. Hamilton and Verstappen each blamed the other for the crash. Wolff said the pair need to find a way to avoid future clashes after their collision at Silverstone earlier this year.

“Both of them need to leave space for each other, race each other hard but avoid accidents,” said Wolff.

“It was good fun until now but we have seen a Halo that saved Lewis’s life today and Max had this heavy impact in Silverstone and we don’t want to come to a situation to intervene when somebody gets really hurt.”

Hamilton said he was “a little bit stiff and sore in my neck” after the crash. “It landed on my head, but I’ll be okay.”

“It was a very awkward accident,” said Horner. “You can see Max’s car ride up the Mercedes, and I think without the Halo, there would have been no protection for the weight of that wheel coming down on top of Lewis.

“So I think the Halo has again demonstrated, as it did at Silverstone, it’s demonstrated its purpose in Formula 1.”